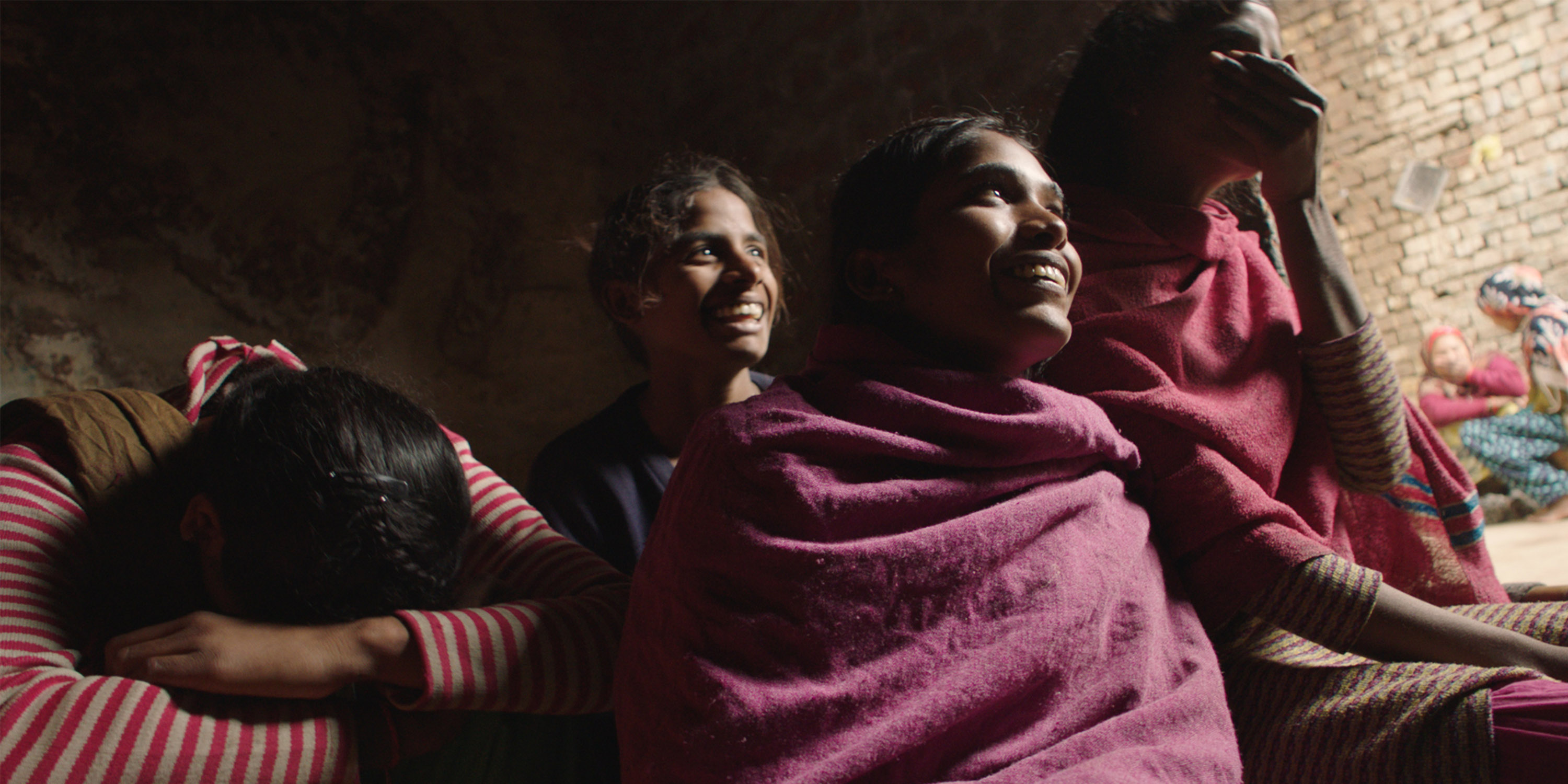 Menstruation is often cloaked in stigma, shame and misinformation in both Western and Eastern culture. Period. End of Sentence  aims to shed light on some of the real consequences that result when women’s issues are demonized, ignored or forgotten. This documentary takes issues head-on and helps provide an opportunity for female emancipation and entrepreneurship.

Filmmaker Rayka Zehtabchi visits Kathikhera, a small village in the Hapur District of India and begins asking girls and women about hygiene practices and sexual education. At first, most of the women shy away from the questions as their gaze falls to the ground, their lips purse together and they adjust themselves in discomfort.

“The cloth I was using became so wet, I had to keep going out of my way to change it. . . I tried for one year after my period started, hoping that something would change. When nothing changed, then I dropped out [of school],” said an unnamed interviewee.

In India exists a patriarchal society that has conditioned these women to think that periods are “dirty” or “impure.” A lack of sanitary products also increases the risk of women ruining their clothes, resulting in girls dropping out of school, avoiding social interactions and are even not allowed to pray when on their period.

In Western culture periods have become somewhat accepted and normalized, but I can still relate to some of the embarrassment that these women are feeling. I remember everything from the awkward conversations with my parents to buying my own sanitary products. The uncomfortable looks given to me by a male clerk — who before scanning my box of tampons looks down at them, back up at me and hesitantly picks them up as if the box will bite — haven’t been forgotten. This did make a younger, more vulnerable me feel a certain discomfort with myself.

Although there are those in the U.S. who don’t want to talk about periods, there are many people who do. There is also a lot of support, information, and education that is available to many of us. Institutions like Planned Parenthood provide a wide variety of female health care services, including health education and even have an online “ask” network. These are things that our society should not take for granted. 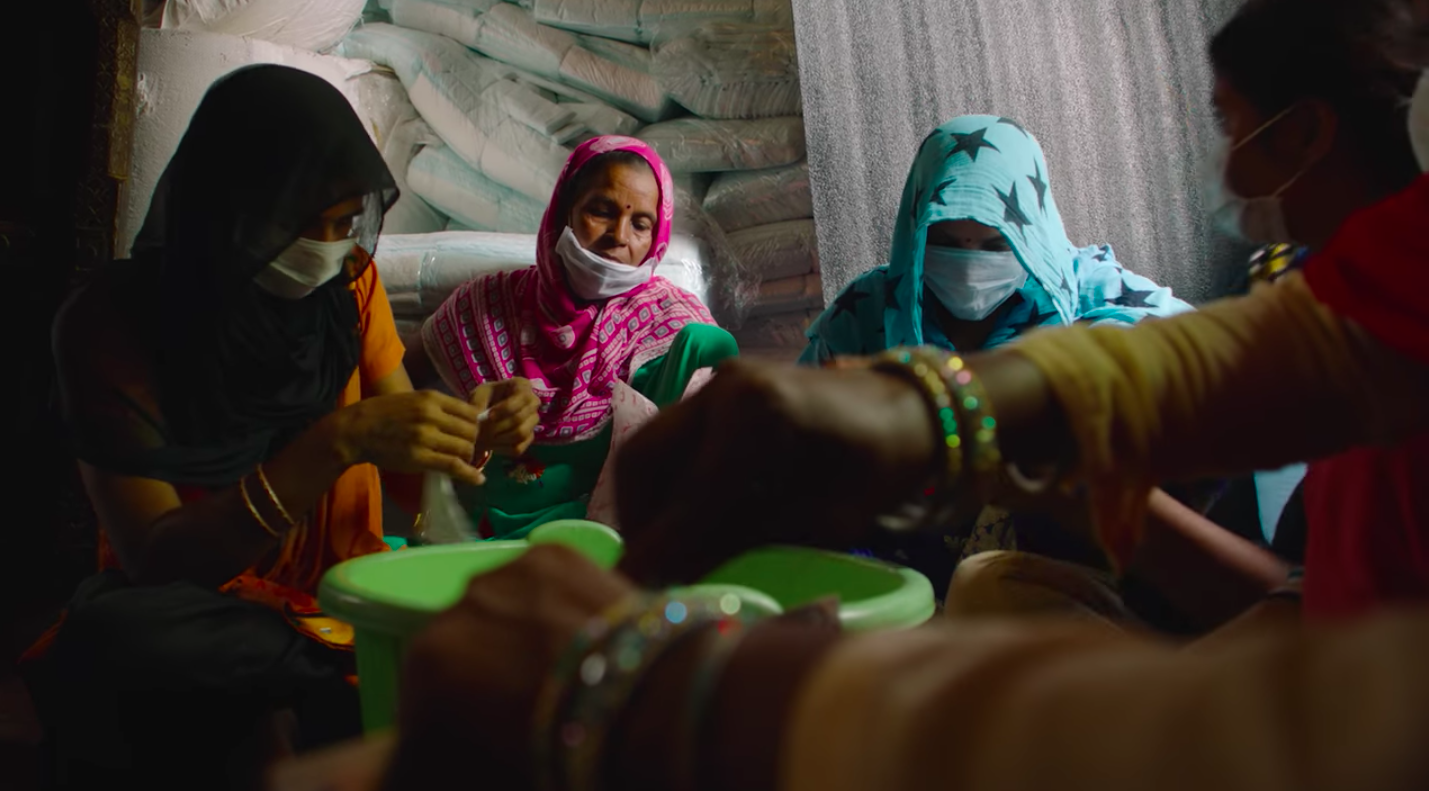 Period. End of Sentence gives us the opportunity to see how women in this village struggle due to a lack of understanding and societal acceptance when it comes to menstrual health and from a Western lens, these things could come as a shock.

“The daughter never talks to the mother, the wife never talks to the husband. Friends don’t talk to each other.” It is because of the silence that social activist Arunachalam Muruganantham believes menstruation is the biggest taboo in his country. In an attempt to challenge the stigma, he has invented a low-cost sanitary pad machine. His goal is to help India become a 100 percent pad using country, and make it accessible and cost-effective for women to get sanitary pads.

The film does not stop after just identifying the problem. With the support from The Pad Project, Action India, The Oakwood School and Girls Learn International, the makers of Period. End of Sentence present a solution to it. One of the pad machines is purchased and brought back to the village, where the women are gathered together and taught how to make their own pads.

This solution works to confront two issues in the village. The first being access to pads, but the second is the lack of employment opportunities for women. The women are paid to work the machine and begin to take pride in it, many of them express the joy they feel to be able to contribute to their household finances.

Sneha, a high spirited, independent woman from Kathikera, saves her earnings in order to start her educational training so that she can join the police force.

They start visiting other villages to sell their product and soon these hardworking, intelligent, entrepreneurial and empowering women of Kathikhera have their own functional business, Fly Tampons.

The film won the 2019 Oscar for Best Documentary Short. “A period should end a sentence, not a girls education,” said producer Melissa Berton during their acceptance speech and I for one could not agree more.

Period. End of Sentence is currently streaming on Netflix.

Header image a screenshot from Period. End of Sentence