A Day with a Daughter of Chari..

Marissa Does Sports: What Women Experience On and ...

Marissa Does Sports: What Women Experience On and Off the Court 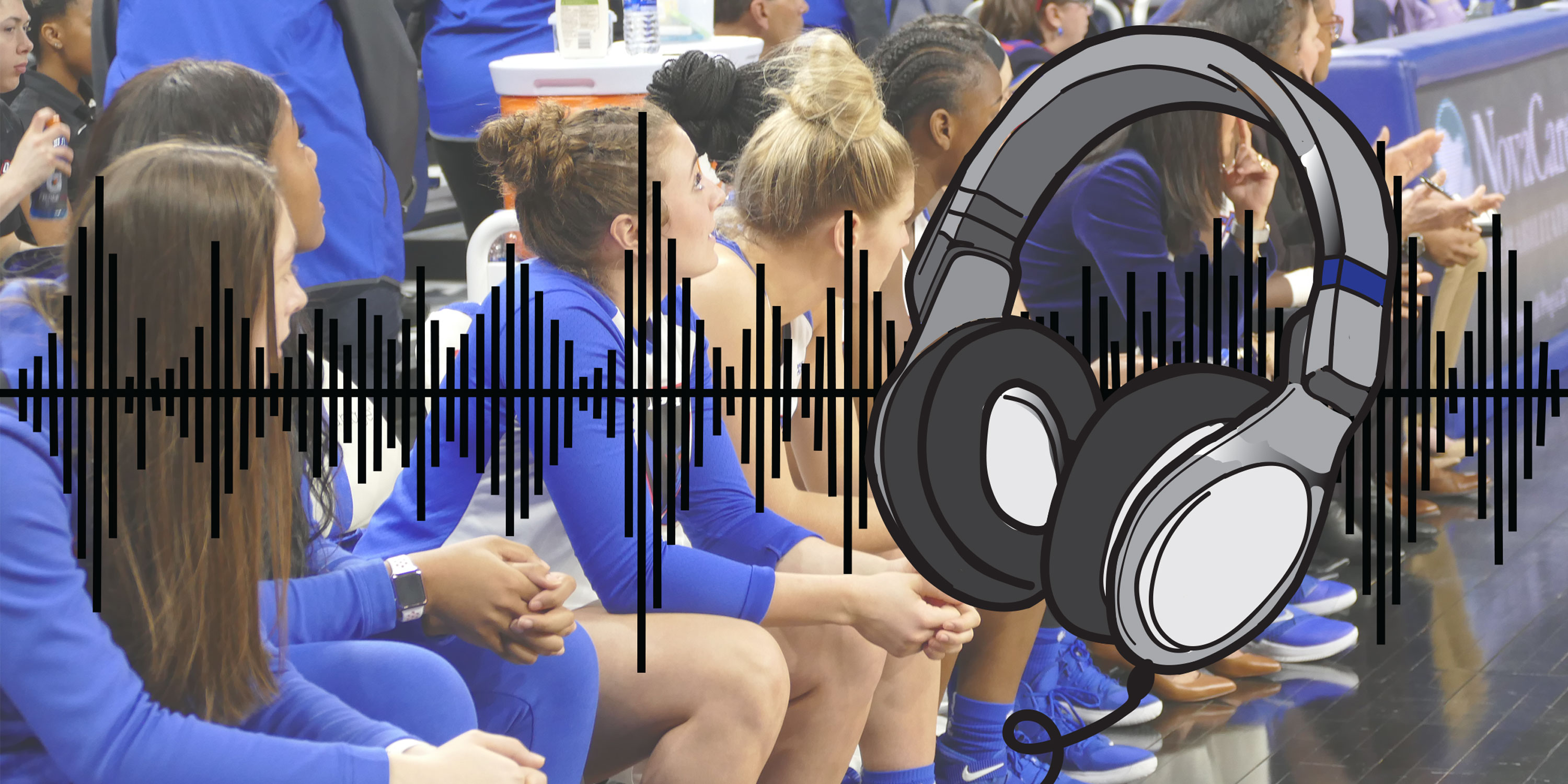 The second story in a series in which Marissa Does Sports. This month, we explore (a few) of the challenges women meet in sports — both as athletes and as reporters.

Since Sadie Miller covered the Baltimore Orioles for the Baltimore Telegraph in the late 19th century and Olympic athlete Babe Didrikson excelled in nearly every sport in the 1930s (seriously — basketball, golf, baseball, track and field), women have made a name for themselves in a largely male-dominated arena: sports.

“One of the earliest examples we have of women covering sports is Middy Morgan at the New York Times — very few people know this name,” said Bruce Evensen, the journalism graduate program director at DePaul University. “She covered horse racing for the New York Times from about 1869 until 1892.”

Then there was Annie Laurie who covered boxing for the Hearst Press in 1892, Evensen said. Sallie Van Pelt covered baseball for the Dubuque Iowa Times. Eloise Young was one of the first female sports editors at The Chronicle-News of Trinidad, Colorado, in 1906.

“There was a long procession of women who increasingly in the late gilded age began to be a part of what probably would have been called, ‘socially muscular Christianity and the robust woman,’” Evensen said. “That’s in fact how they typically were described.”

However, over a century after Miller, Morgan, Laurie and Young paved the way for female sports reporters, today only 11 percent of sports journalists are women, according to a 2017 report by the Women’s Media Center. Even after female athletes like Didrickson proved their skill and athleticism —  and even though 40 percent of athletes are women —  an estimated 4 percent of media coverage is devoted to female sports.

So how do women in sports feel today about their place on the court? And what do they think needs to change?

Kelly Campbell, a point guard on DePaul’s Women’s Basketball team, said she’s had a positive experience as a woman in sports, particularly at DePaul.

“Obviously basketball is pretty male dominated,” Campbell said. “But I feel like at DePaul we’ve gotten a good amount of media coverage and we’re pretty well respected, so I feel like that’s been a great honor.”

Though Campbell doesn’t notice a difference in coverage between the men and women’s teams at DePaul, she acknowledged a notable drop in coverage when it comes to professional female sports.

Though she recognizes the difference in coverage, she sees it improving and feels optimistic about the future.

“It’s definitely hard to see the lack of coverage for the WNBA [Women’s National Basketball Association], women’s basketball,” Campbell said. “You turn on the TV it’s all men’s basketball, but I think it’s increasing, so that’s good.” 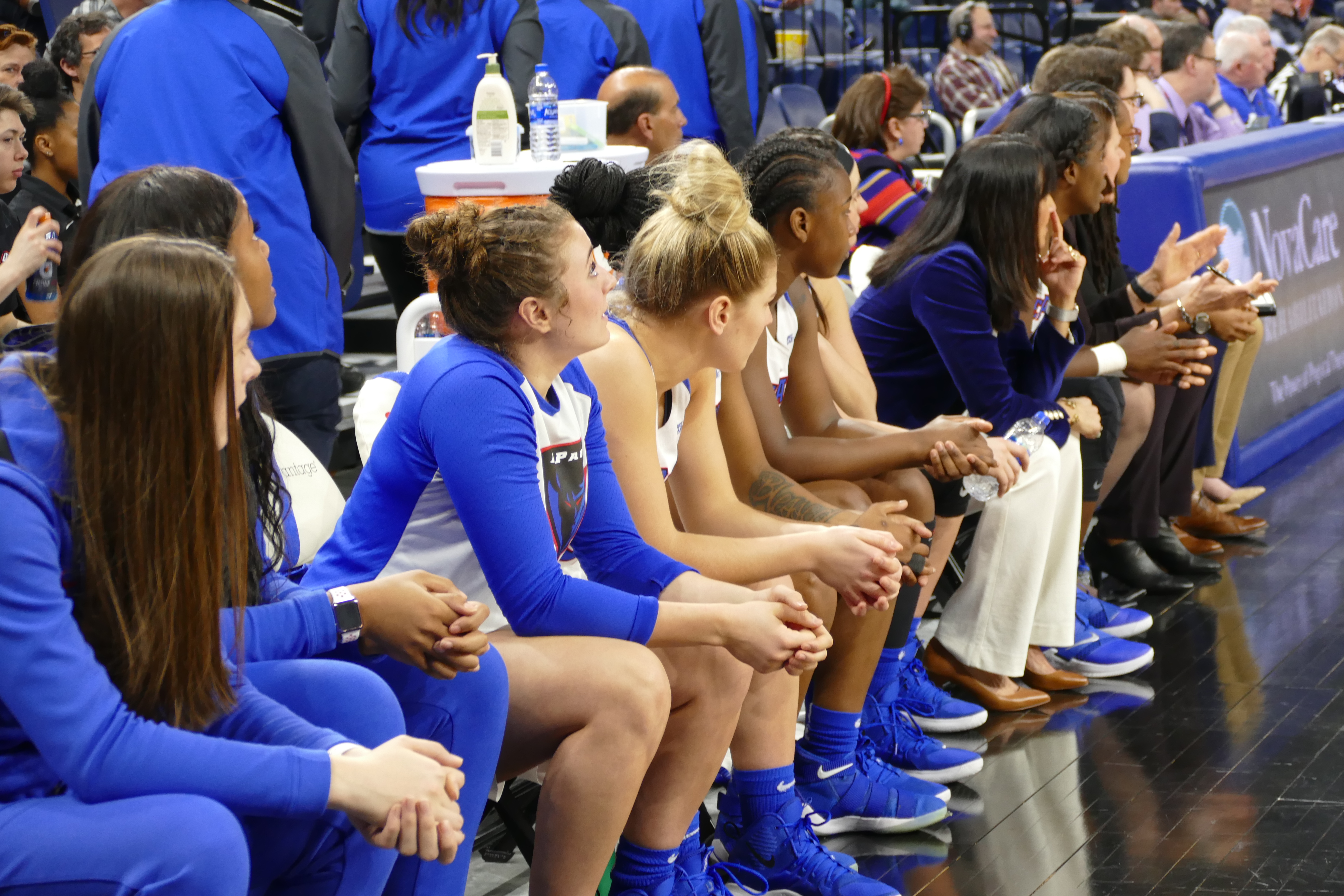 From Morgan to Van Pelt, women have proved themselves to be qualified to cover sports. Today, however, women continue to feel like they need to prove themselves to their male peers.

Gina Cioli, the news director at Radio DePaul Sports, said this is the biggest challenge she experiences.

“You either have to prove that you know or you just don’t say anything in fear that you’re going to say something wrong,” Cioli said. “Even though I grew up around sports and the passion around it my entire life. Yet, being around a bunch of bro-ey dudes, I get kind of nervous to say something — even though I know that what I say is more or less correct.”

Though Cioli has been at the station for about a year, she still fears saying the wrong thing.

“The people in this station are all very accepting,” Cioli said. “But it’s still this societal expectation that women don’t know what they’re talking about. So that’s something that I’ve just had to kind of overcome being here.” 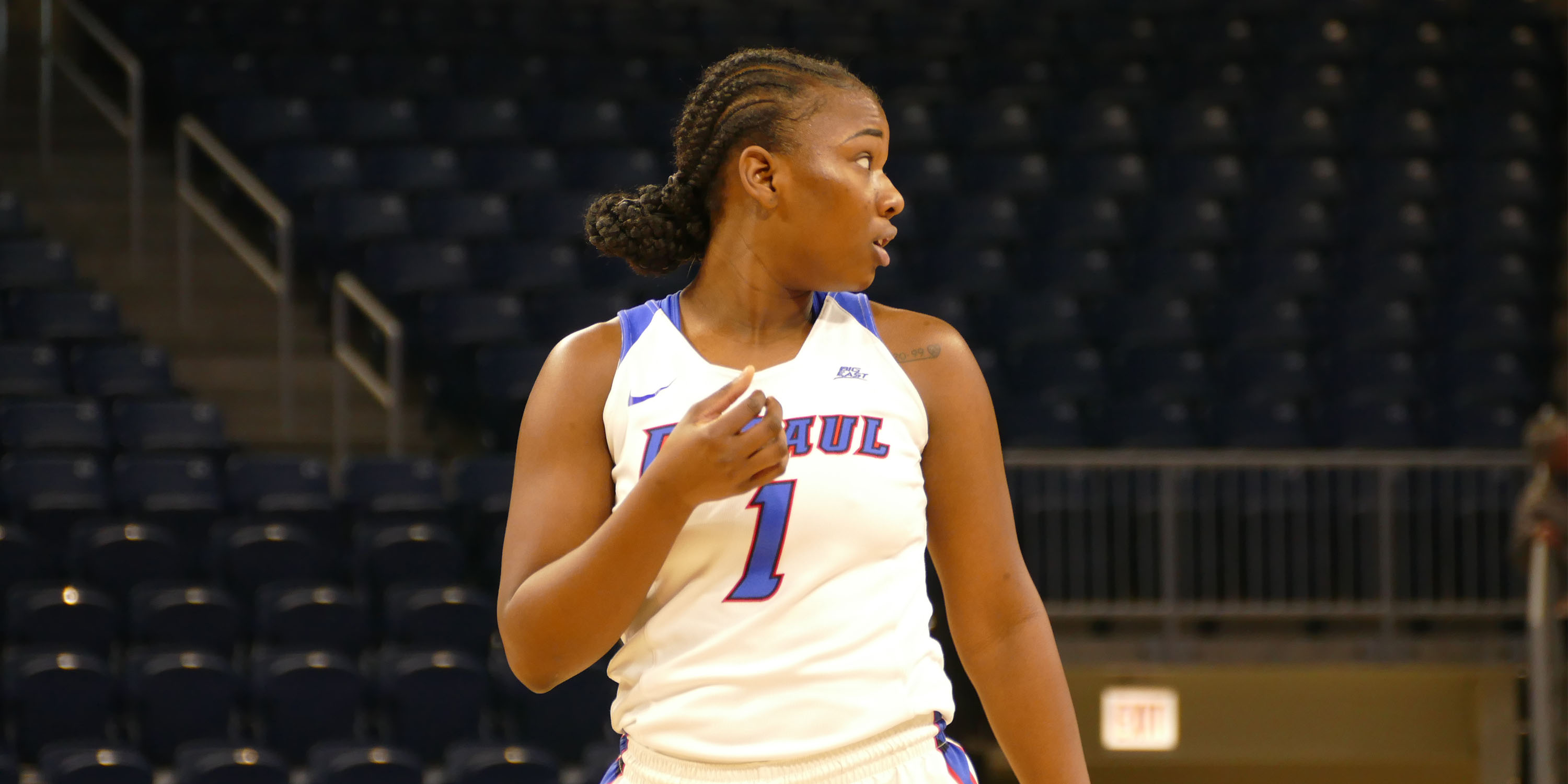 Aside from stress of the job itself, the pressure women feel when reporting on sports might also prevent them from even entering the field. Natalie Burjek, a sportscaster at Radio DePaul Sports, felt hesitant about applying to work at the station.

“I think women are also kind of timid to even try in the first place,” Burjek said. “You know that you know a lot, but you’re still kind of scared.”

Only six of 43 people working at the station are women, Cioli said. Burjek thinks more women haven’t joined the station because the heightened scrutiny on what they makes them nervous to apply, so they don’t.

“I think a lot of them are nervous, like I was,” Burjek said. “I was like, ‘I don’t know how many girls are going to be here, if I know enough.’ I think that has a lot to do with entering the field.”

No matter the challenges she and others face in the field, Burjek is hopeful that the experiences women have in sports will improve.

“I think that as soon as people start to recognize us more as equal to men is when the women who already work in this field will advance and then there will be more younger women looking up to them and making it their ultimate goal,” Burjek said. “So I think it starts with more respect, a different attitude and being more open-minded.”