5 Things We Learned From Our Collaboration with th... 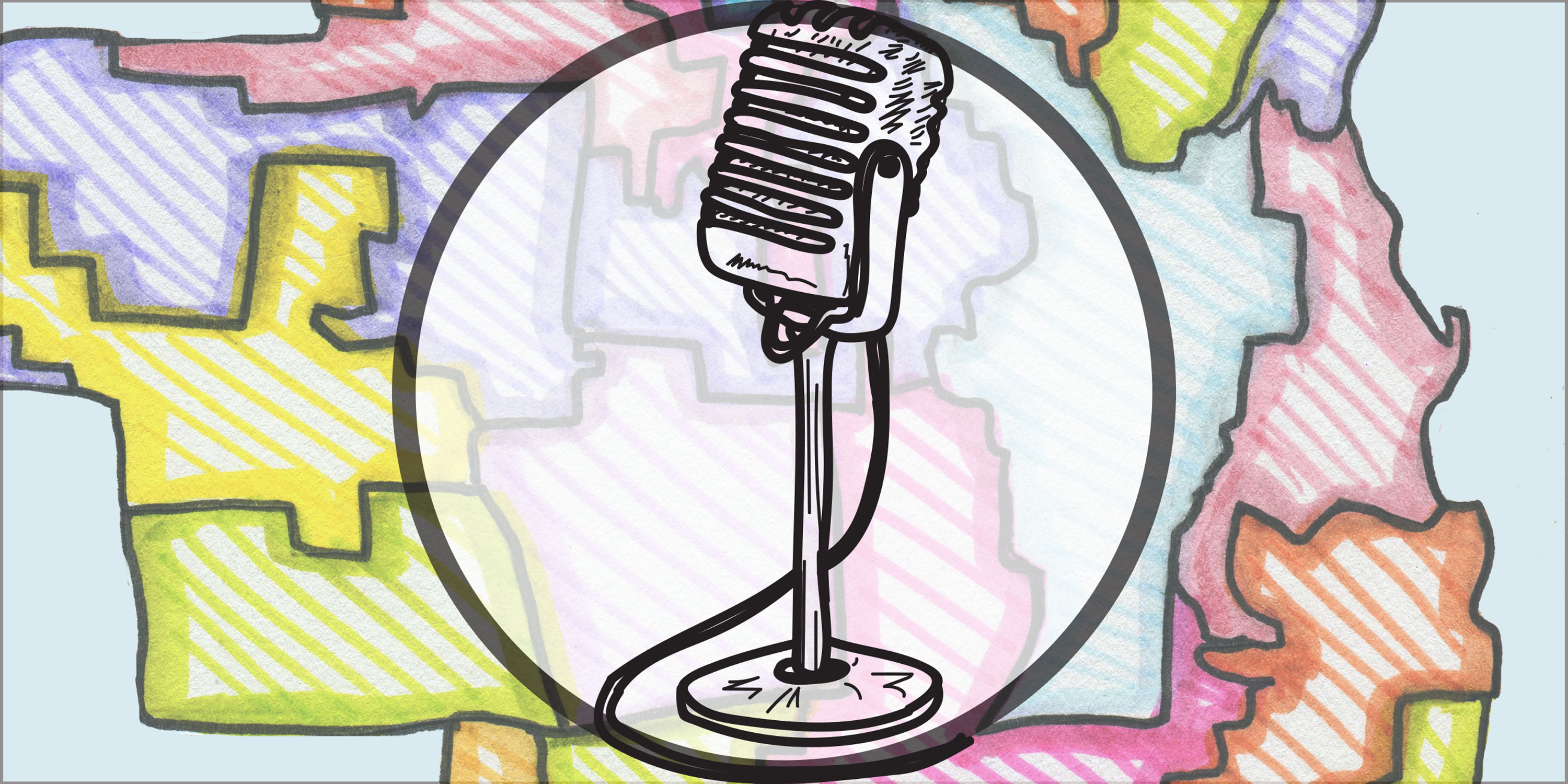 As part of our February Alderman Issue, 14 East collaborated with the Radio DePaul Podcast for a feature podcast on DePaul freshman David Krupa’s campaign for 13th Ward alderman. Krupa, running as an Independent to upseat the ward’s long standing incumbent Marty Quinn, but had anything but a normal campaign experience. But what is normal in Chicago politics?

14 East and the Radio DePaul Podcast spent over a month reporting on the 19-year-old’s campaign, including shadowing his first public forum, the announcement of his federal lawsuit against Quinn, trips to the Board of Elections to view false affidavits and researching Krupa’s own history. We then met to produce a round table podcast, walking through the top five things listeners  — and readers — needed to know about the 13th Ward race. Ultimately, the call for change wasn’t enough, and Quinn was re-elected with 86 percent of votes compared to Krupa’s 14 percent.

Though 14 East had previously worked on collaborative articles  — including collaborations with the nonprofit Better Government Association (BGA) and fellow student media Radio DePaul Sports  — the collaboration between the Radio DePaul Podcast marked both media’s first collaborative investigation. That process included many Orange Line rides and bus mishaps, some late editing nights and too many cups of coffee (and audio files).

Much like Krupa’s campaign, we were flying by the seat of our pants and learning along the way. So, we decided to conduct and record another round table, this time to assess the top five takeaways of our own collaboration. Here’s what we learned:

Collaborative projects tend to give the impression of the more, the merrier, and it is encouraging when people are interested in contributing to the project. But, sometimes fewer hands on a story works better. Juggling multiple schedules and dividing work equally can turn complicated. Two reporters from each outlet is probably all that is needed to work on a singular piece, while efforts including events or workshops are more conducive to larger newsroom collaborations.

Have a set medium of communication where all involved can be easily contacted (as journalists, the natural choice for our collaboration was Slack). Make sure to communicate each meeting, interview and editing session with all involved, even if impromptu. Ask questions, share research and update, update, update. People who are actively interested in collaborating will want to contribute and participate!

Life gets in the way, and as students, media isn’t always our first priority. Before the reporting even begins, plan out a general outline and timeline to work out time constraints. This will also help better structure the story and ease the production process.

It might sound like a given, but when doing investigative reporting that deals with many moving parts, have a main point of contact that can help facilitate interviews or provide additional resources. This can also help build rapport that could aid the story.

Positive feedback is as beneficial as the critical (and after a long-haul investigation a little pat on the back is needed for us tired reporters). We were proud to hit the ground running, which gave us a strong start on the research and initial reporting. We felt we handled the piece and its involved parties with careful ethical and methodical storytelling. And perhaps most importantly, we felt respected by our peers involved in the collaborative process.

It wasn’t perfect, but that wasn’t to be expected, especially from two student newsrooms still learning the journalism ropes ourselves. We pride the podcast as an examples of a hopeful future for journalism, one that sees newsrooms sharing resources, increasing the impact of in-depth reporting and working in collaboration rather than competition.

Print article by Madeline Happold. Listen to the Radio DePaul Podcast on Apple Podcast and Soundcloud, or find them online here.