Visions from Voicemails: How S.. 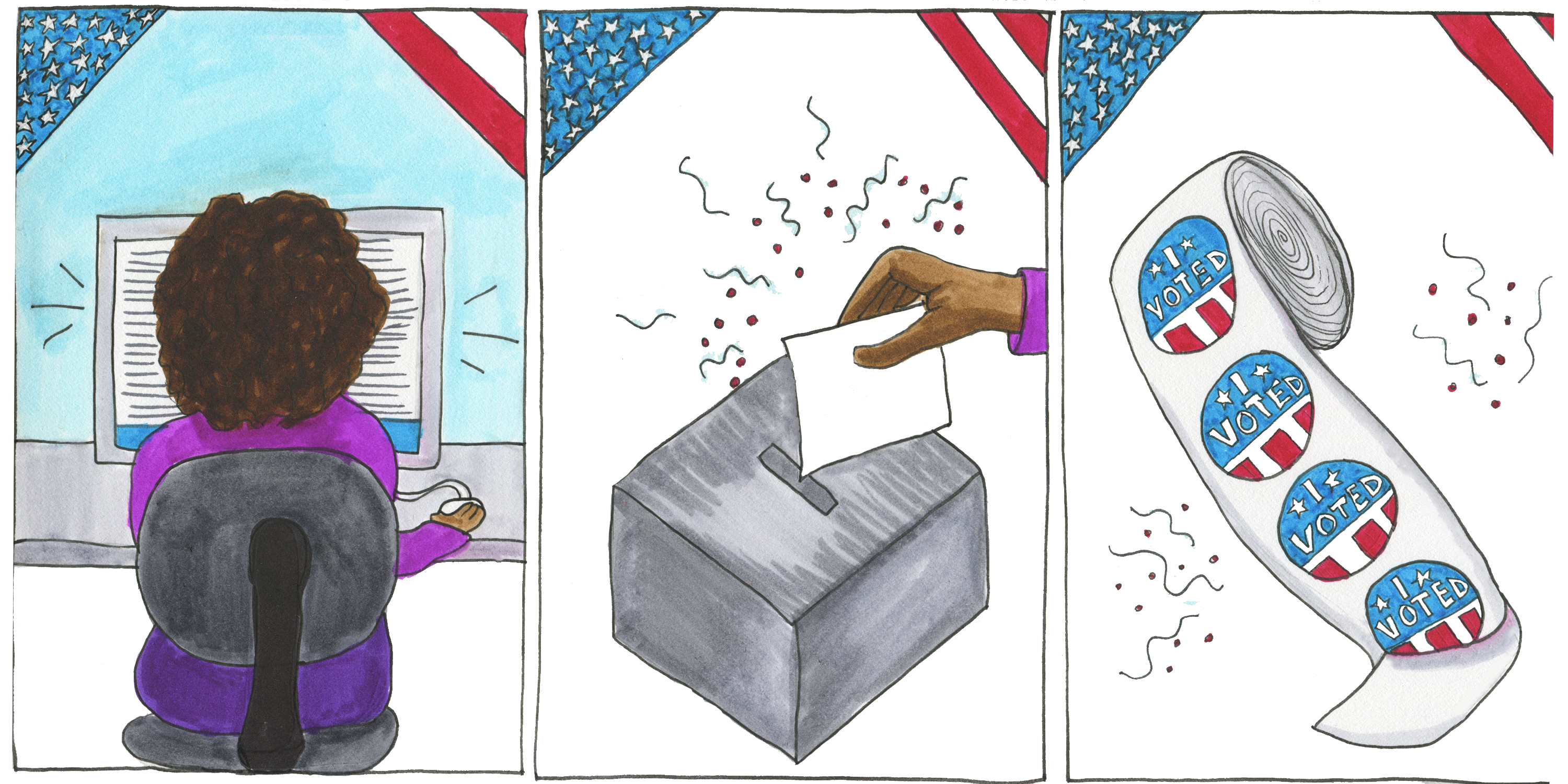 On Tuesday, February 26, the city of Chicago held its first round of mayoral and aldermanic elections. Even with 14 new mayoral candidates, an influx of new progressive candidates and open federal lawsuits against long-standing aldermen, election day saw only 35.45 percent voter turnout, with a turnout of 560,701 out of 1,581,755 voters registered. Within that, those aged 18-25 saw fewer than 10,000 votes cast. Why the embarrassingly low turnout from one of the highest-turnout demographics in the 2018 midterm elections?

Most DePaul students find themselves within this age range. After talking with other students on voting, 14 East found three commonalities  — students were not registered to vote in the city, the amount of candidates was overwhelming and, quite simply, they did not know the date of election day. So, 14 East broke down some common voting questions to help you know your vote when it comes to the runoff election on Tuesday, April 2.

What am I voting for?

Eligible voters in Chicago can vote on who will become Chicago’s first female Black mayor; Lori Lightfoot and Toni Preckwinkle, the two candidates who got the most votes in the 14-person primary, are going head-to-head in the run-off. Preckwinkle recently served as president of the Cook County Board and previously as alderman of the 4th Ward, but she has come under fire for her ties to controversial Chicago political figures, like Ald. Ed Burke. Lightfoot, the nonpartisan lawyer who Mayor Emanuel appointed president of the Chicago Police Board, surprised many when she ranked first in the primary. The battle for city treasurer still wages in a city-wide run-off between former 47th Ward Ald. Ameya Pawar and State Rep. Melissa Conyears-Ervin. Lastly, if you live in Ward 5, 6, 20, 21, 25, 30, 31, 33, 39, 40, 43, 46 or 47, you can choose between the two aldermanic candidates in your ward who won the most votes on February 26.

Where can I find my polling place? When do I vote?

Starting March 15, early voting begins at the Loop Super Site and will expand to 50 ward specific polling places starting March 18 through April 1. Voters can also cast their ballot at Chicago State University, University of Illinois at Chicago and Northeastern Illinois University from March 27 through March 29. Hours vary for each polling place but generally follow a nine-to-five schedule.

If you chose to vote by mail, the official deadline for applications is Thursday, March 28. Once approved, all ballots must be postmarked by Tuesday, April 2 to be counted.

On election day, you must vote at your specific polling place. Find out yours through the Chicago Board of Elections.

You may think that you’re ineligible to vote, but if you’re over 18 years of age this is likely not the case. There are a few restrictions to who can vote in Chicago’s local election but you may have have more rights than you think:

Residence: A person must have lived in their precinct for at least 30 days before they can register to vote in that precinct. You can find information about your precinct polling location here.

Felony convictions: Those currently serving prison time are in-eligible to vote. However, once a person’s sentence is complete or they are granted parole, their voting rights are restored. An ex-offender must re register to vote, but are indeed allowed to vote once they have done so.

How do I know if I’m registered already?

Good question. If you can’t remember if you have registered to vote Chicago before, you can look up your voter status on the State Board of Elections website.

When and where can I register to vote if I’m unregistered?

In Chicago you can register to vote anytime for an election before the polling booth closes on the day of the election. Depending on when you want to register, you have a few different options.

What do I need to register?

All you need to register to vote are two forms of ID — one of which must list your current address in Chicago. If you are a student in Chicago and have an address other than your city residence on your license, that’s okay! Any piece of mail — from a utility bill to a transcript or report card — with your name and Chicago address will work. Other forms of ID that are acceptable include your passport, college/work ID or your social security card.

All you need to do is bring your two forms of identification to your polling place and they will register you immediately.

How do I change my address?

To change your address, you need the same documents you need to register —  two forms of ID, one of which needs to state your new address.

Can your dorm count as a residency?

Sort of. If your student mailbox is located in your dorm, then yes. The key here is that to prove residency, you need to have an official document with your name and a Chicago address on it.

In DePaul’s case, you’re most likely receiving mail at the Student Center. So if you have official forms of mail with your name on it and that Chicago address (along with two acceptable forms of ID), you can use that to change your address However, it needs to include your assigned mailbox that is specific to you and your dorm, not just the Student Center address.

What can I bring into the voting booth?

Your vote is a big decision  — sometimes a cheat sheet is needed. In Illinois, voters are allowed to bring their phones into the voting booth but no photography is allowed. So, no, you cannot take a selfie with your ballot (just wear the wristband to show your vote). Paper materials like campaign flyers, notes or sample ballots are also allowed. You are also allowed to bring young children into the booth. If you are still unsure, view the Voters’ Bill of Rights or ask an attendant on election day, Tuesday, April 2.