Runoff Roundup: What to Know o..

How CPS Schools Have Failed to Protect Their Stude... 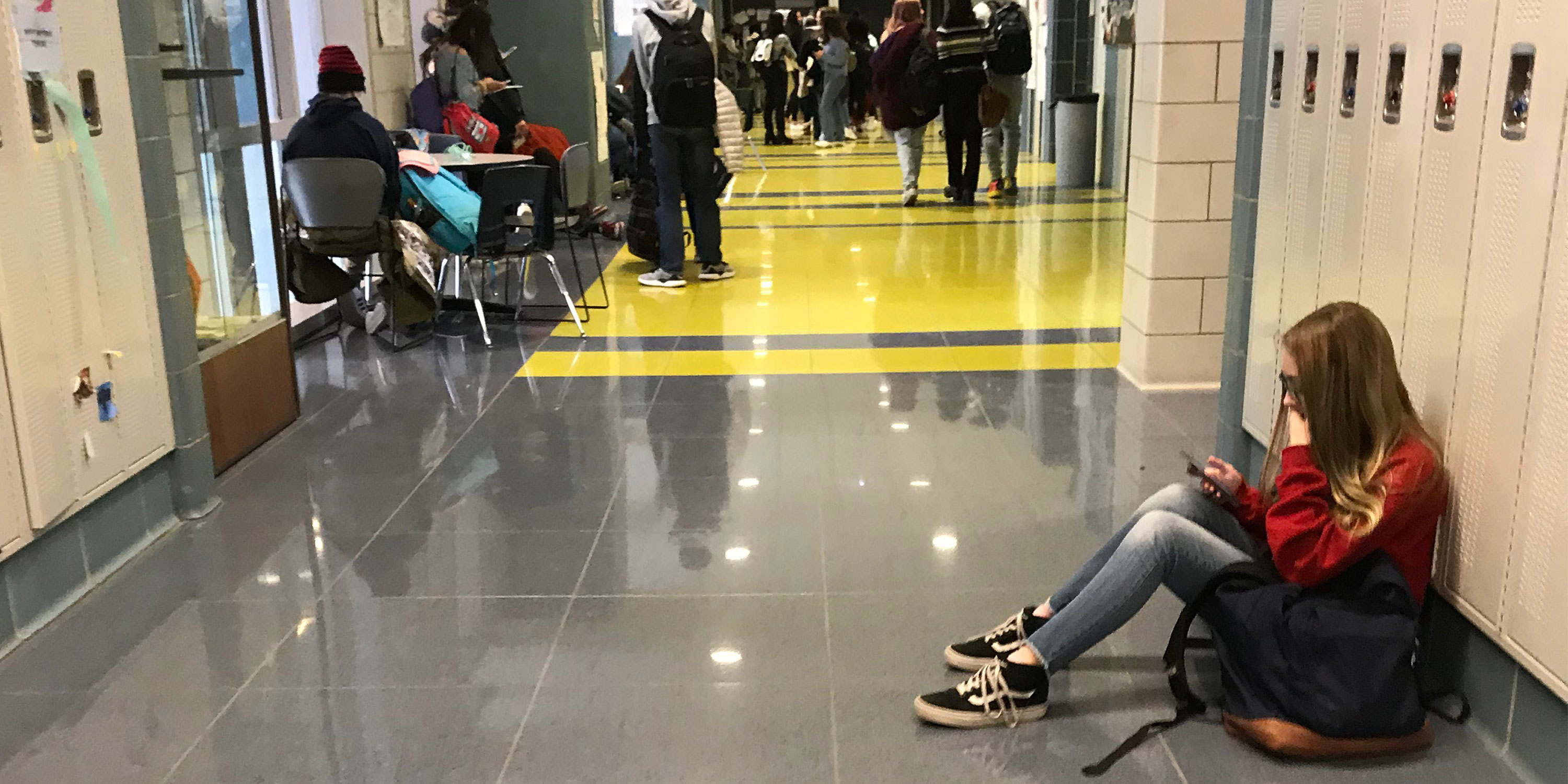 Although there have been over 523 reports of sexual assault to Chicago Public Schools (CPS) over the past 10 years, India Ingram, who graduated from Lane Tech College Prep in 2018, only remembers learning about sexual violence once in her high school career.

Lane Tech has a student body of over 4,000 students and is one of the top five special admission schools in Chicago. The school offers a plethora of extracurricular activities and advanced placement classes ranging from varsity athletics to musical theatre. Yet, Lane Tech is among the many high schools that doesn’t recognize or talk about sexual assault, and in turn is hurting its students.

In a school with such a high reputation that preaches tolerance for those who are different and intolerance for those who practice disrespect, it seems if anything, ironic, that the topic of sexual assault is blatantly disregarded. After the Parkland shooting occurred, Lane Tech increased its safety checks in the morning and began discussing gun violence more in classes, Ingram said. But when the #MeToo and Time’s Up movements took a spotlight in the media, she didn’t see the administration make any changes to their sexual assault policy. 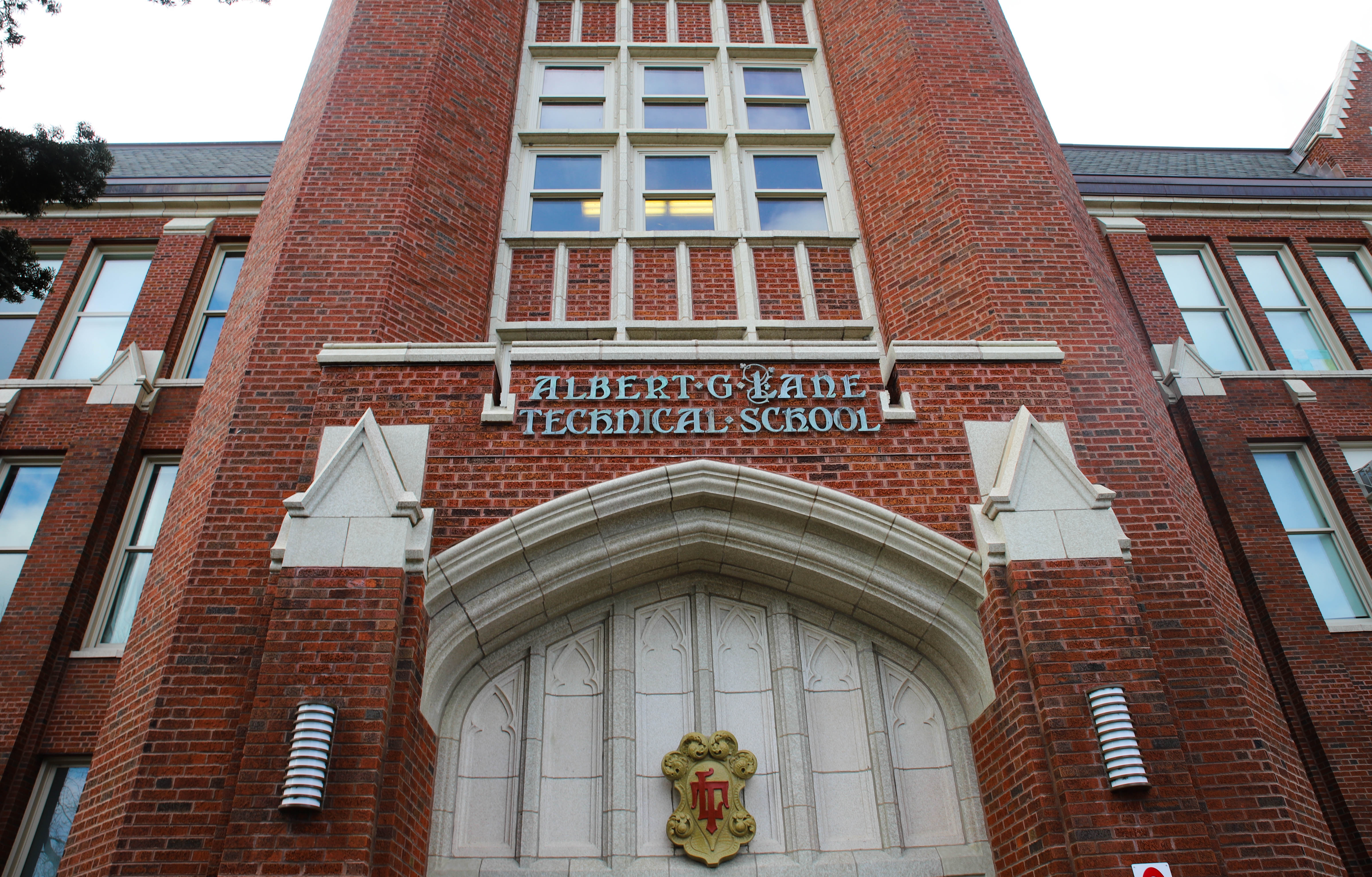 The duty of CPS and schools everywhere is to protect and educate their students. So how can it be that CPS has failed to do this for so long and at the expense of so many students? And what have they done to end this horrific phenomenon?

In fall 2017 — at the beginning of her senior year — Ingram’s English class attended an assembly regarding the need for awareness of sexual assault and the LGBTQ+ community. During the assembly, survivors of sexual assault shared their stories and how their experiences are still affecting them today. The catch? Ingram estimated that only 100 of the 4,000 students at Lane Tech attended the assembly. When Ingram asked her friends why they didn’t attend they all said the same thing, “What assembly?”

“That was odd and what was worse, my English teacher was blaming the victims for what happened,” Ingram said. “Why would you as a woman not feel any sympathy? You just sat through that whole thing with us and you still have that mentality. That’s not something you say to students.”

In July 2018, the Chicago Tribune published an article that showcased shocking statistics regarding sexual assault in CPS. Over 520 reports of “juvenile sexual assault and abuse” were made in the last decade, but that’s only considering the assaults that were actually brought to the police. Roughly 75 percent of sexual assaults are not reported, according to the Rape Abuse and Incest National Network, so the number of sexual abuse in CPS schools could be much higher.

Ingram herself mentioned a time at Lane Tech in fall 2016 when a slew of freshman boys created a pattern of groping their female classmates as a response to new President-elect Trump’s infamous phrase, “Grab her by the pussy.”

“If there was a sexual assault thing, it was like, ‘Hush hush quiet, don’t say anything,’” Ingram said, noting the fear students have to come forward. “If a girl said something, little to nothing would be done about it and that’s why they don’t say anything.”

Ingram finds this culture of silence and avoidance when it comes to sexual violence disappointing. To her, a school’s duty is not only to protect its students from potential harassment from adults, but also from each other. CPS has not responded to multiple attempts by 14 East to comment on Ingram’s experiences or observations at Lane Tech.

“I feel that it’s a shame because so many young women and men go there and we don’t know what their experiences have been in life,” Ingram said. “They shouldn’t be silenced and forgotten about it from lack of conversations and safe spaces.”

Maddie — whose last name is not included to protect her privacy — is a freshman at Jones College Prep High School. When asked about her school’s sexual harassment and assault policy , Maddie knew nothing about it.

Jones Prep freshmen start attending school part-time during the summer to prepare for the academic rigor and expectations of Jones. But throughout this entire summer-long process, Maddie said there was never any mention of the school’s policy on sexual assault and harassment.

“They don’t set aside time to talk about it,” Maddie said. “They’re very academically focused so they don’t make room for other things. Freshmen have information meetings where we went over the whole syllabus, but they didn’t bring up anything about assault or harassment.” 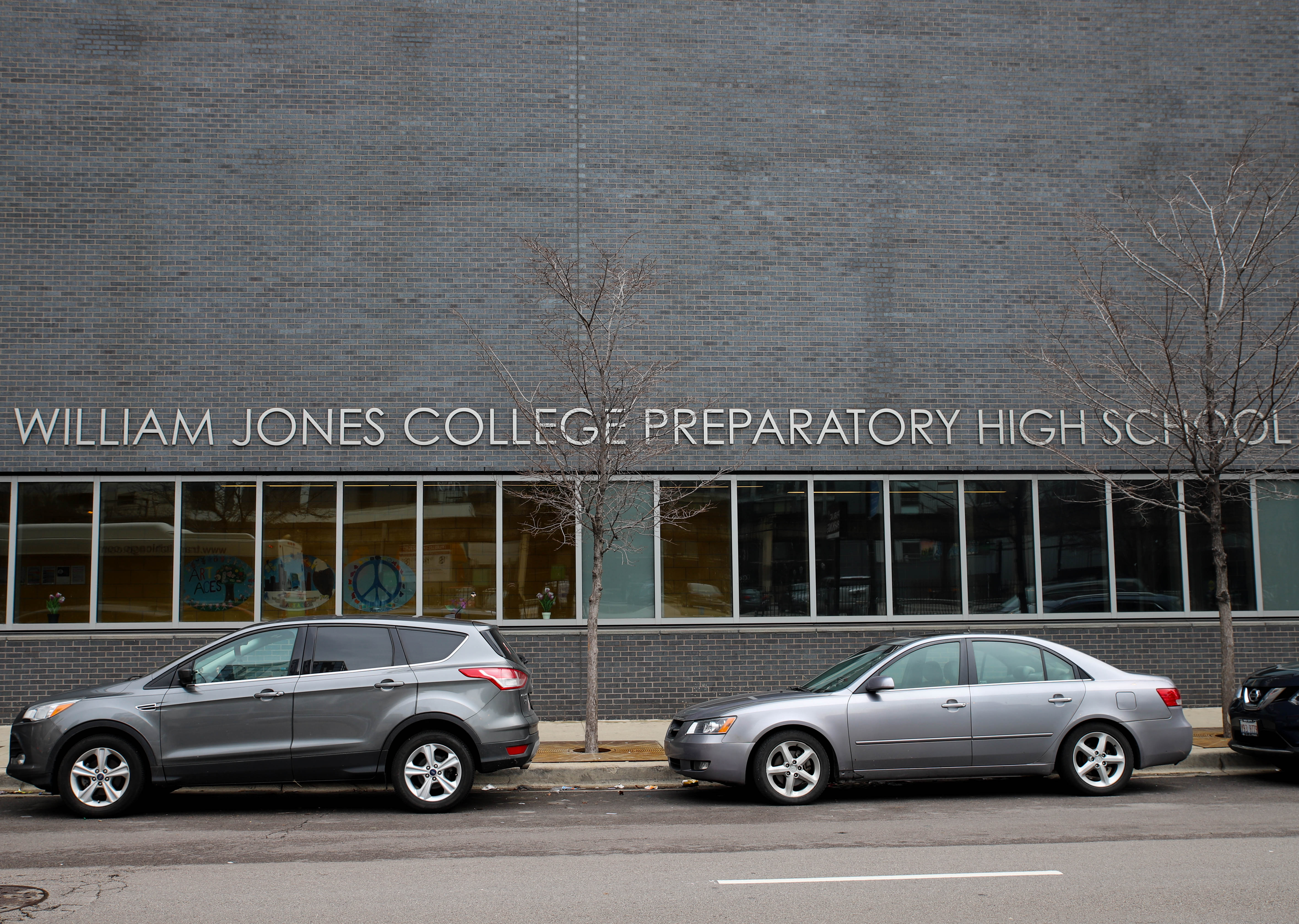 Despite the Illinois state law that requires students to be trained in preventing, reporting and responding to sexual harassment and assault, Maddie’s two-month orientation at Jones included nothing of the sort. CPS has not responded to multiple attempts by 14 East to comment on Maddie’s experiences or observations at Jones Prep.

“I think they should have more education that talks about it,” Maddie said. “I am in health class now, which I think we will talk about sexual violence later during the sex education unit but that should not be the only time that it’s taught and talked about.”

Maddie said that sexual violence is a problem and her school should be engaging in discussions regarding it.

“Jones should teach more about sexual violence,” she said. “I think that should be a required topic to teach or discuss in my school — more than just as a freshmen in health class.”

In a high school like Jones, where the academic achievement of their students is prized above all else, how is something as vital at sexual assault policy is seemingly left by the wayside?

What CPS is (or isn’t) Doing About it

Chief Executive of CPS, Janice Jackson, has made it clear that CPS is doing everything within its power to stop this pattern from persisting. To Jackson, parents deserve the peace of mind that when they send their children to school, they are safe and out of harm’s reach.

Moreover, in light of the Tribune’s expose, CPS created the Office of Student Protections and Title IX to ensure the safety that CPS students should have had all along. The office’s website says it works with counterparts in Springfield to address policy at the state level and provide training for CPS staff for preventing and responding to sexual assault.

However, Jackson’s idealism and the office’s efforts might be falling short of reality due to CPS’ failure to act. The pattern of sexual assault cases that have not only been dismissed but covered up comes from an institutionalized pattern of complacency within the CPS. Although Jackson has been working to alter this horrific pattern, it still does not make up for lack of education students have had and continue to lack regarding sexual assault and harassment within CPS.

Although it is encouraging that Jackson is cracking down on sexual misconduct allegations, it does not change the fact that over 80 percent of the cases reported to Office of Student Protection were student on student offenses and 33 CPS employees have removed from schools for investigations regarding sexual misconduct complaints between October 2018 and January 2019.

Yet despite the increased efforts to rid CPS of abuse by employees, CPS officials are failing to decrease the numbers among students.

It may show improvement that students feel more comfortable to come forward because they see action being made against offenders, but this does not excuse CPS’ lack of preventative action regarding student misconduct. From day one of stepping into school, students need to be made aware that sexual assault will not be tolerated.

This is not the first time, nor will it be the last that academic institutions prioritize the academic image over the safety and wellbeing of their students.

I believe in Jackson’s determination to bring an end to abuse inflicted on CPS students, but in order for this to happen they need to care for the needs of their students. Because any school that does not prioritize the protection and support of its students is failing to provide for the future of America.

CPS is learning this in the most painful way possible.