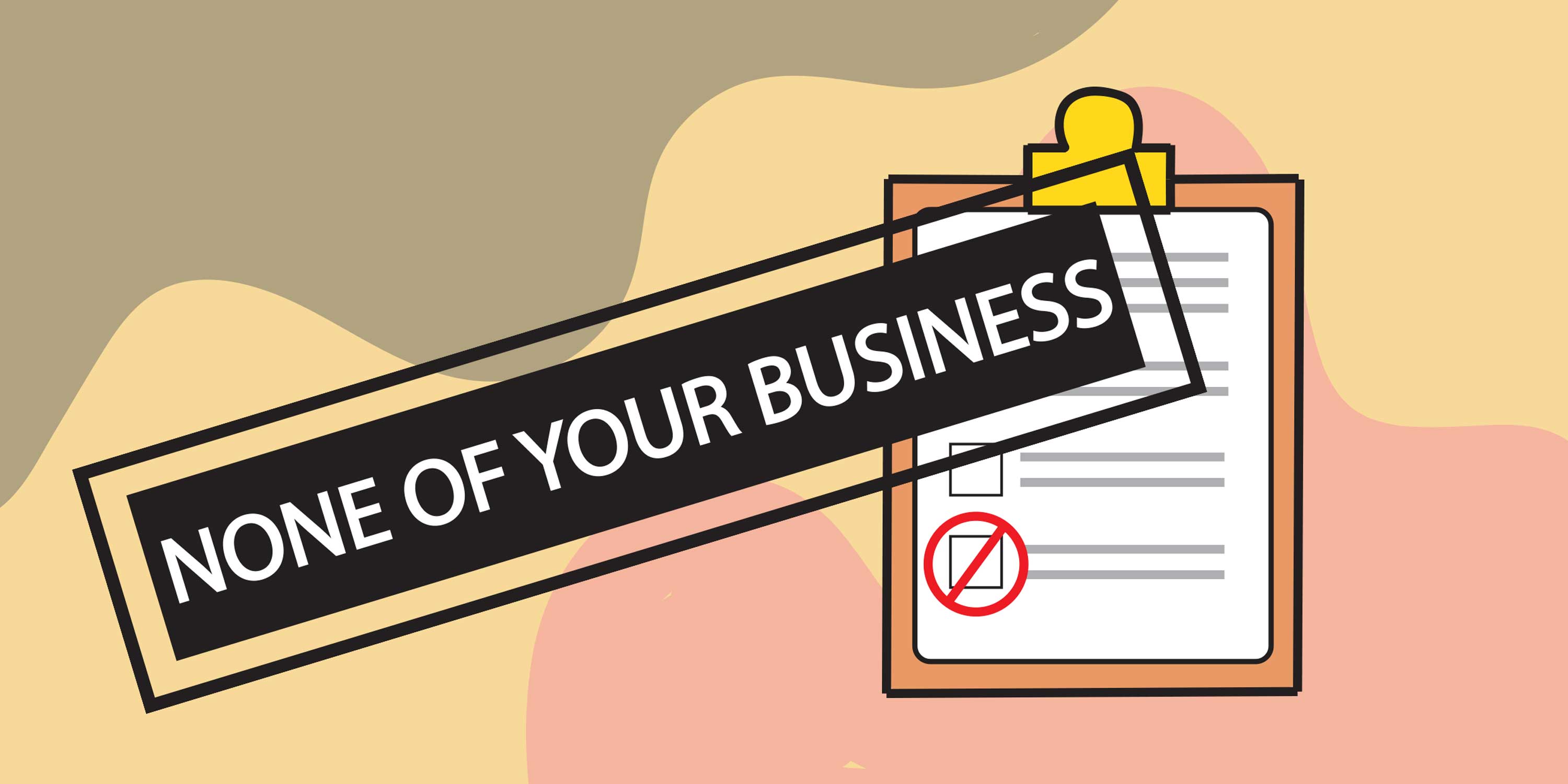 “Have you ever been adjudicated guilty or convinced of a misdemeanor, felony, or other crime?”

Chances are you’ve seen this question before. It’s pretty standard stock on employment, housing and college applications. While many people don’t think twice about questions regarding criminal background, they can act as serious deterrents to those that do have a misdemeanor or felony in their past.

In a 2011 study done by several Criminology and Criminal Justice scholars, it was found that 1 in 3 Americans will have been arrested by age 23. Even more concerning, the number of people in America with a criminal record is roughly equal to the number of people that have a four-year college degree. With a large portion of the population — 70 million people — having a criminal record under their belt, activist organizations are pushing to get rid of the “box.” 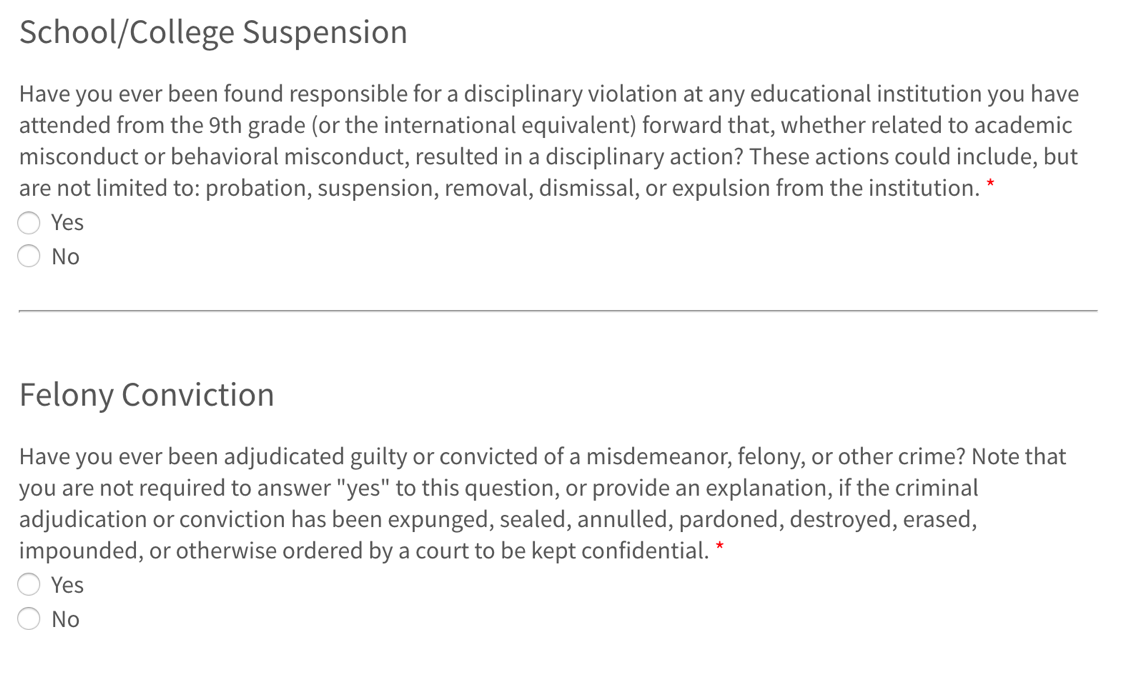 Ban the Box is a campaign that was started by civil rights group All or None in 2004. The organization is established by a group of  formerly incarcerated individuals and their families. Since then, they have gained support and momentum amongst many activists, some of whom have no personal ties to incarceration, but feel strongly about the mission of the campaign. They cited the “box” as being a major deterrent to gaining access to employment and housing after being incarcerated. Their aim is to get rid of the numerous social and economic roadblocks that come with having a criminal record, starting with adopting policy that promotes fairer access to jobs and housing.

Since the birth of the campaign, it has spread around the country. Thirty-three states and 150 cities and counties have adopted a variation of “ban the box” legislation. Additionally, there are 11 states that have passed laws that have removed conviction history questions off private sector job applications. While some states, cities and counties have done away with criminal background questions entirely, others have opted to delay background checks until further down the line in the hiring process.

The movement has had extreme success in the employment sector, but now activists are turning to address another component: higher education.

College campuses across the nation are looking into taking criminal background questions off their admissions applications. In September 2016, the State University of New York decided to do away with the section until post-admission for circumstances pertaining to on-campus housing, study abroad and clinical experiences. In August 2018, the Common Application decided to do away with criminal background questions as well. The Common Application is used by over 850 institutions and over 1 million students apply using the application each year.

In 2015, Illinois passed a law that prevents employers from asking criminal background questions in the initial application process. This law creates an employment process based on qualifications rather than past transgressions. While this is a substantial move in the employment sector, Illinois universities have been slow to implement the same policies.

Since universities aren’t making the move to remove the questions themselves, student organizations are taking it into their own hands to change policy. DePaul student organizations Students Against Incarceration and the Roosevelt Institute are corresponding with DePaul administration to “ban the box” on all future applications.

“Education, especially higher education, is the cheapest and most effective tool in reducing recidivism,” Anne Scoltock, a member of Students Against Incarceration, said. “I know DePaul says ‘we don’t use [the question] to automatically deny anyone’ but a key thing is that it does deter a majority of people.”

Scoltock and other members of Students Against Incarceration have been meeting with the Associate Vice President of Enrollment Management and Marketing, Jon Boeckenstedt, to create discourse around removing the questions off DePaul applications entirely. By using social media, teach-ins and other forms of grassroots activism, they’re trying to make change happen on DePaul’s campus.

After an initial meeting with Boeckenstedt, he refused to remove the question entirely. He instead proposed to put an asterisk next to the “yes” box. He explained that the asterisk “would explain to students that a) checking ‘yes’ would not preclude admission, and b) we had published a more thorough explanation of the policy on our website.”

“There is some element of risk management for the university involved.  If we admit a student with a violent past, for instance, and that student repeats their crime on campus, it’s likely the victims would ask us several questions: Did you know about their past? Should you have known?  Could you have known? We believe refusing to even ask the question exposes us and our students to an unacceptable risk,” he explained further.

Unsurprisingly, this concern isn’t unique to DePaul. Many other institutions cite the same worry that removing the question would create potential threats to safety. “There is no correlation between universities asking this question and an increase in campus safety,” one of the presidents of SAI, Katrina Phidd, pointed out. “Besides that, DePaul has an open campus,” meaning campus is accessible to the public.

Students Against Incarceration has subsequent meetings planned with Boeckenstedt where they hope to make progress in convincing the university to remove the question. Phidd urges DePaul to look at the values that the university was built on.

“As the largest Catholic university in the nation, and a Vincentian institution, we believe DePaul has the opportunity to be a role model for other universities and has the responsibility to ask, ‘what must be done?’”