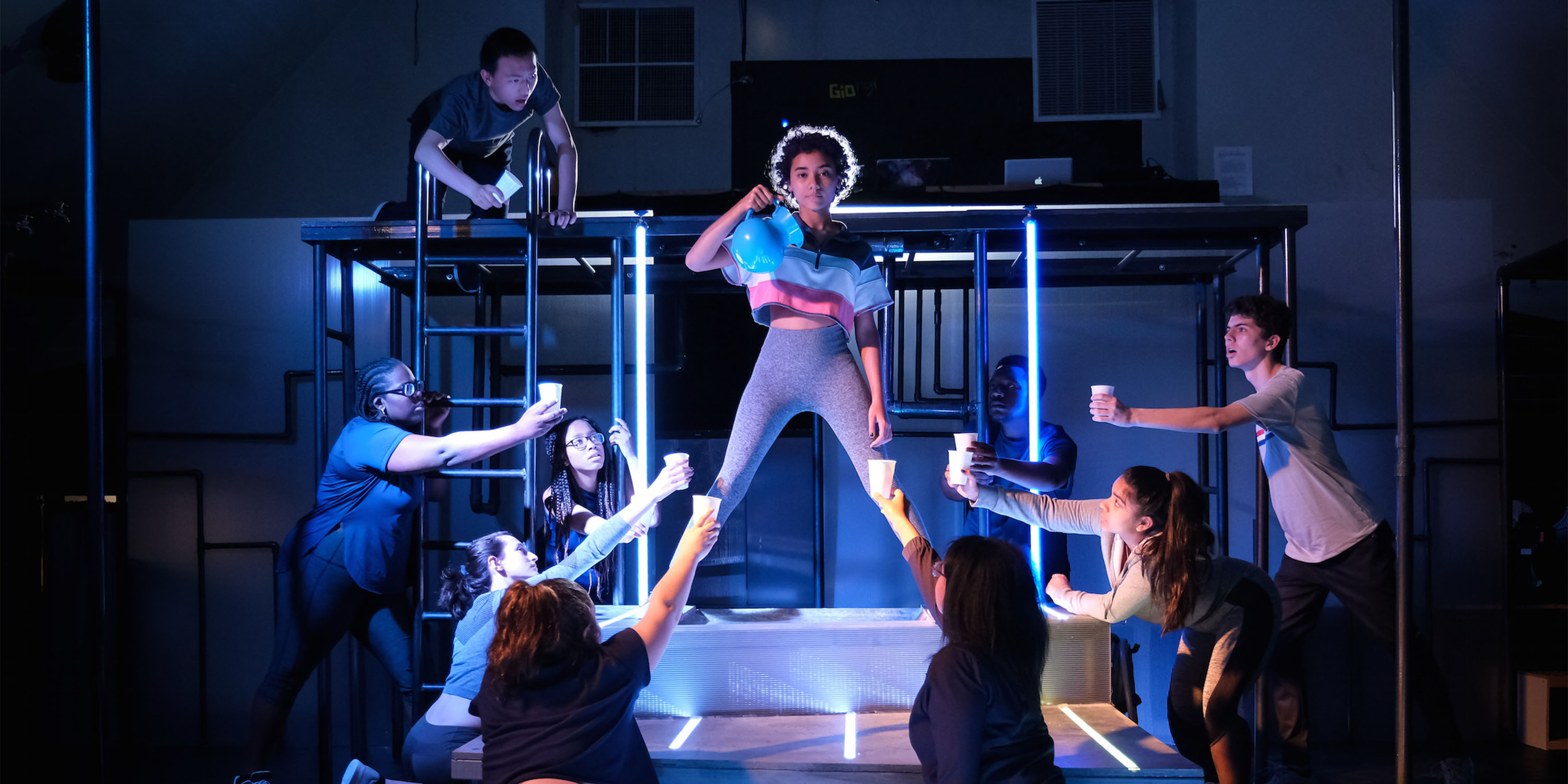 Feeling unheard and categorically misunderstood can be a common rite of passage for teenagers. But the sentiment that adults aren’t listening is often in conflict with a political climate where decisions made are ones out of your control and have the ability to affect the rest of your life.

Teenagers in 2019 are upending this plot line. It’s hard to care about things happening in your community when it feels like no one is listening, but it’s harder not to care when there’s lead in your school’s water.

Free Street, a nonprofit focused on using original and considerate performance to address racial and economic injustices in Chicago, worked alongside their Youth Ensemble to combat this disconnect between teenagers and their communities with their recent production of Parched: Stories about Water, Pollution and Theft. The original play was constructed from 10 months of research, and ran throughout May at Free Street’s performance space in Pulaski Park. The piece made a complicated issue of water politics more accessible by successfully balancing the line between of performance and activism.

Alongside Director Katrina Dion, the ensemble of 14 teenagers age 14-19 conducted over 100 interviews with activists, peers and community members in an effort to uncover when and why access to clean water became something afforded only to some and, more locally, what’s going on with the lead in Chicago’s water. Information on water access on the internet is scattered and complicated, Dion said, so they called on activists like Eve Ewing, and activist organizations like the Indigenous Youth Council, UIC Freshwater Labs, Friends of the Chicago River and Freshwater Crew in Flint, to help gather information and interviews.

“We are framing the conversation around access,” Dion said. “When did water become a privilege?” 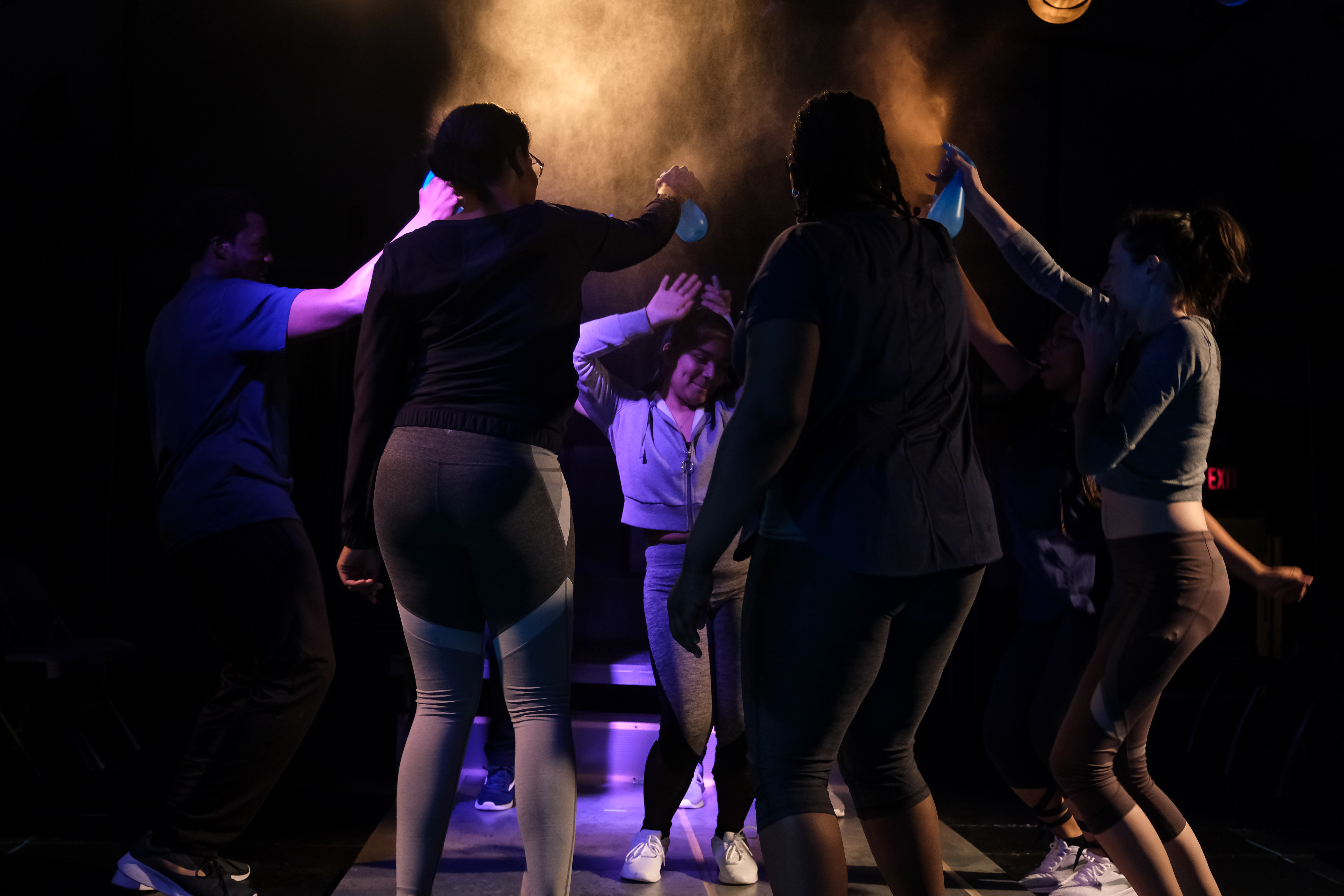 These conversations led to a myriad of stories surrounding water access nationally and internationally. It led to places like the Trump Tower, where 20 million gallons of Chicago River water are used daily for air-conditioning and ventilation. It led them to Cook County Jail, that was sued in 2013 for water unfit for human consumption. And it led to the Chicago Public School System, where unhealthy levels of lead were found in the school’s water fountains.

Parched brought these stories to life through short vignettes that seamlessly incorporated facts and statistics into personal narratives that explored the effects of lack of water on an individual level. Reenacting the experiences of Flint residents the ensemble spoke with, for example, gave audience direct insight into the ongoing difficulty of five years without access clean water by describing the muddied color of the tap water and the burden of having to buy bottled water.

“There is a lot of power in live exchange, hearing stories in person. And not only that, but theatre tools are so useful outside of the play,” Dion said. “It’s about peoples coming together in the same way we have to come together through social change.”

This power of live exchange was discernible – Parched was deeply human.

Playful performance devices added a level of entertainment – characters getting repeatedly sprayed with a water gun and an audience member getting invited on stage for tea. But the play also made sure to highlight realities like the disproportionate access to clean water in Black and Brown communities – higher levels of lead were found in Chicago Public Schools on the South and West Side and ones that had larger Black and Latinx populations.

The actors were energetic and thoughtful. It was clear they were having fun, but it was also clear that these issues are important to them. With art as their vehicle, the Free Street Youth Ensemble managed to be silly without sacrificing gravity.

The ensemble and Dion continued to edit and rework throughout the rehearsal and performance process. “The play is still ever-changing because new information comes out every week and we never want to feel like important facts are not included,” Dion said, “We make space in the play for new information.”

This commitment to truthful storytelling is a part of the mission of Free Street and their Youth Ensemble. “Every year I go to Chicago’s youth with a question, and then we spend the next ten months working with that,” Dion said. “So it’s more of a performative thesis instead of a performative narrative.” With this program, Free Street’s Youth Conservatory actively accommodates underrepresented communities, offering free community workshops and paying their high school actors. They try to ensure that those performing are the ones dealing with the issues they are unpacking.

At the end of the show, the actors offered ways for the audience to continue this conversation, citing organizations like the Little Village Environmental Justice Organization that give Toxic Tours of environmental injustices in their community, and encouraging audience members to talk to representatives.

By providing actionable goals, they facilitate a continuation of the activism. Free Street and its Youth Ensemble will continue to host dialogues about water access around the city.

“We don’t think our plays are going to change the world but we want to be a tool for activist strategies,” Dion said. “We want to provide the tools, looking through a critical lens.”

Free Street activates art as an avenue for activism. By extending that opportunity to teenagers, they provide a means to address injustices in their communities and reclaim the control that feels lost.

It’s easy to villainize teenagers as apathetic and uncaring. Parched, and the teenagers that perform it, reject this.

It’s important to remember apathy isn’t exclusive nor original to youth. “Seeing this play isn’t activism,” the ensemble chanted towards the end of the performance.

Parched asserts that apathy has no excuse.