Climate Strike in Chicago: “It..

Why My Mom Carries Cash 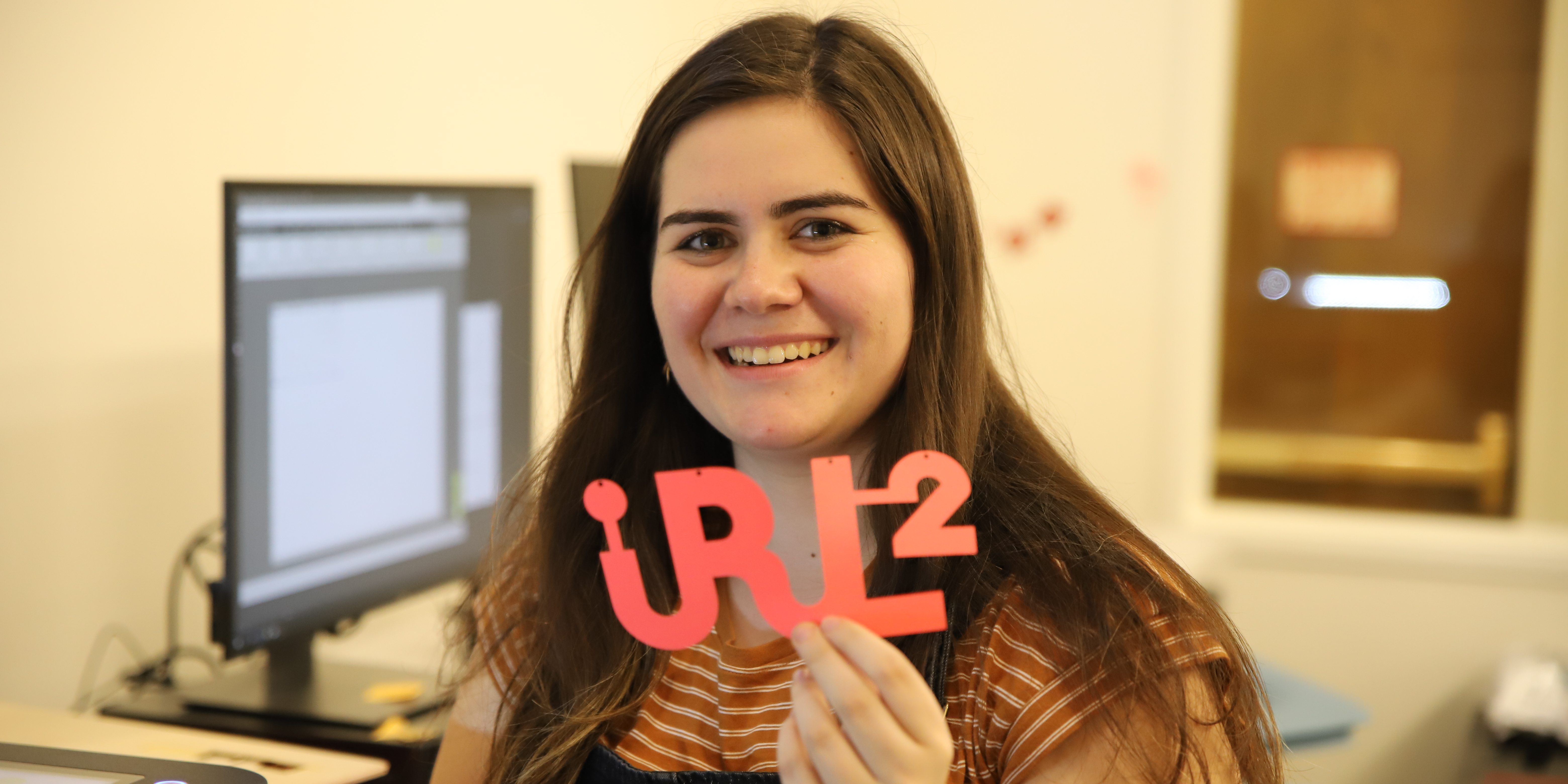 If you walk around the second floor of the Schmitt Academic Center (SAC), you might happen upon a crew of apron-clad students using saws, sewing machines and 3D printers. These are the workers at the new Idea Realization Lab 2 (IRL2), a new makerspace open to all students in DePaul’s Lincoln Park Campus.

The new lab, which opened at the beginning of Fall Quarter and has its official ribbon-cutting on Friday, is an expansion of the original IRL (IRL1) located on the third floor of the Daley Building, home of the College of Communications in the Loop. The original lab opened only three years ago in 2017, but a strong community of students quickly became attached to the space.

Note: 14 East previously covered the experience at the first IRL in the article “You Have To See DePaul’s New IRL, IRL” linked here.

A makerspace is a place people go to explore creative projects, usually involving hands-on work with physical materials. DePaul’s IRL has become popular as one of the only  makerspaces on campus. It is completely free for students to use and student workers teach classes on all the equipment available.

Plans for creating the new lab in Lincoln Park were announced in early 2019. As part of the expansion, both established student workers and newly hired students would make the transition to IRL2. While some workers have as many as three years of experience under their belts and others are new to the job, all the student makers behind IRL2 have a wealth of passion for realizing both their own and others’ creative projects. Here’s a look at some of their stories: 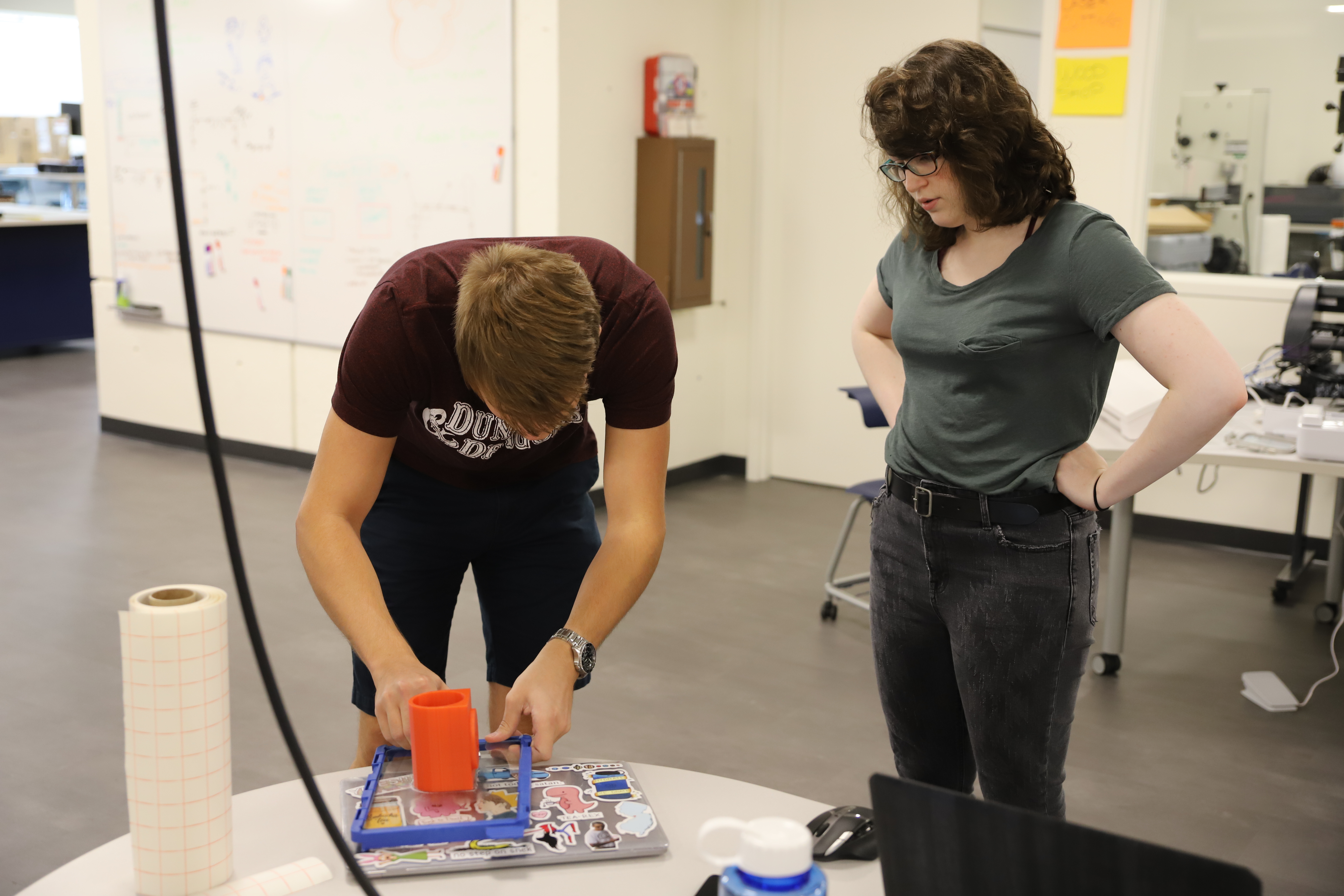 Haley Sullivan (right) and Jake Juracka work on a 3D-printed pencil holder with the IRL logo etched into its side. (Christopher Silber, 14 East)

Haley Sullivan, the lab manager at IRL2, has been involved in the IRL program since its inception.

“I actually heard about the IRL when it was being formed. I was on robotics club, and we heard about a meeting. Student leaders were invited, so I kind of snuck my way into this meeting, and it was a planning meeting for the IRL. When they were hiring, I put my name in a hat, and I got hired back then.”

Sullivan, a senior studying animation, has a lot of responsibilities as the lab manager. First, she manages the student workers, creates their schedules and makes sure the lab is always running. She also acts as the liaison between students and the DePaul administration.

“A lot of the work with this lab has been discussing with the contractors and the head manager of the contract work to make sure everything is on schedule. Additionally I work with my particular admins. Beyond that, it’s contacting various building people and facility operations.”

Sullivan said the area was an under-used computer lab before it became IRL2, and that she’s excited to bring new life into the space. The students have a lot of control over the contents and layout of lab.

“Every single consumable item in here is stuff that staff requests. So I say hey, I want this glue, or I want this particular kind of paper to work with, I can submit it on our order form. So basically the staff who are here day-to-day are the ones deciding what’s here.”

Students who come in can request items as well. A white board is dedicated to item requests and equipment students want to use. IRL Faculty Director Jay Margalus, a professor in the School of Design, said because of the constantly changing materials in the lab, most materials aren’t ordered in from specific companies.

“We work with some companies, but a lot of stuff we order on Amazon. You aren’t going to buy popsicle sticks from a big company,” Margalus said. “We do have a partnership that we got with Dremel Brand, which is owned by Bosch. We did a bulk order with them and got our machines at a really good rate.” 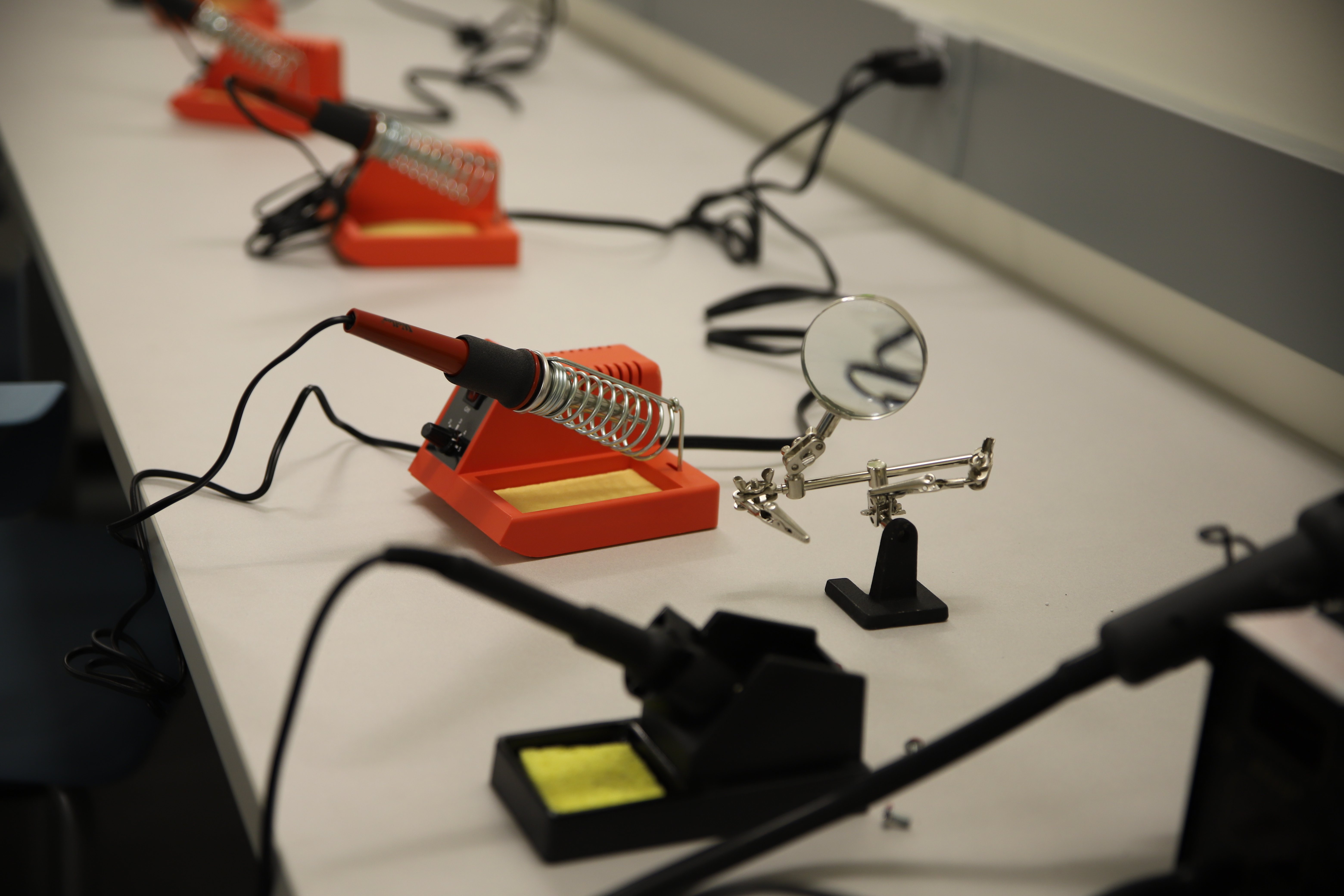 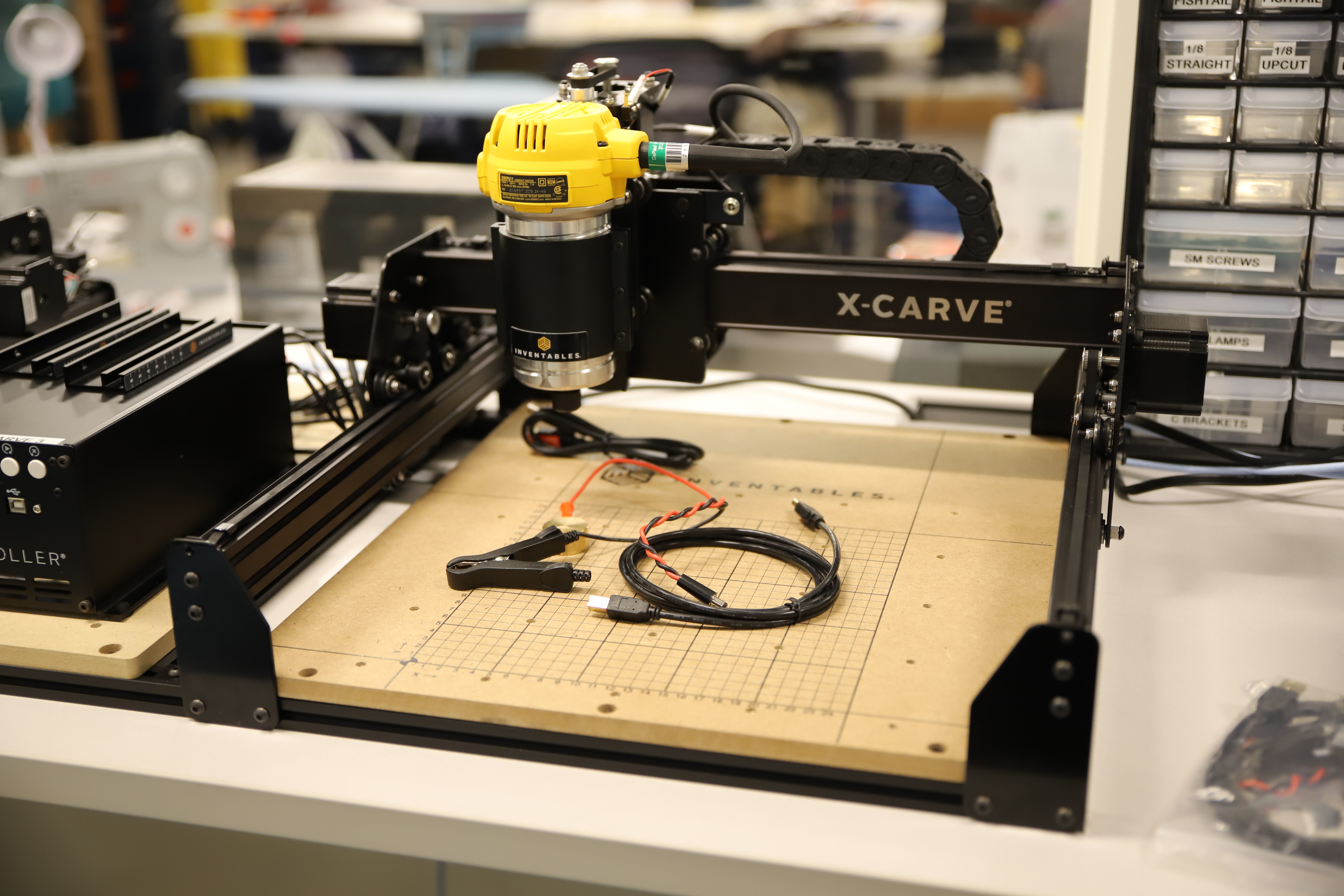 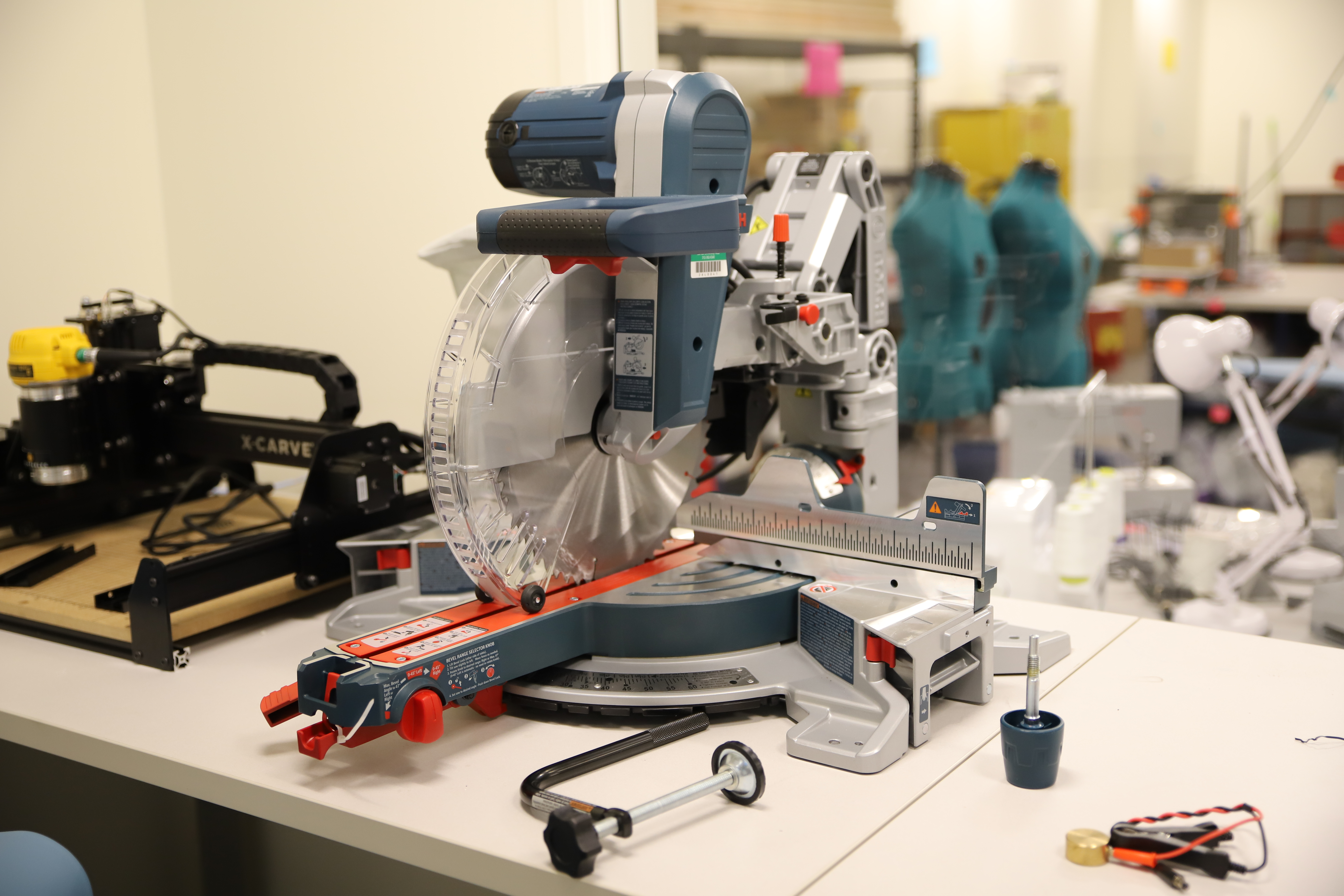 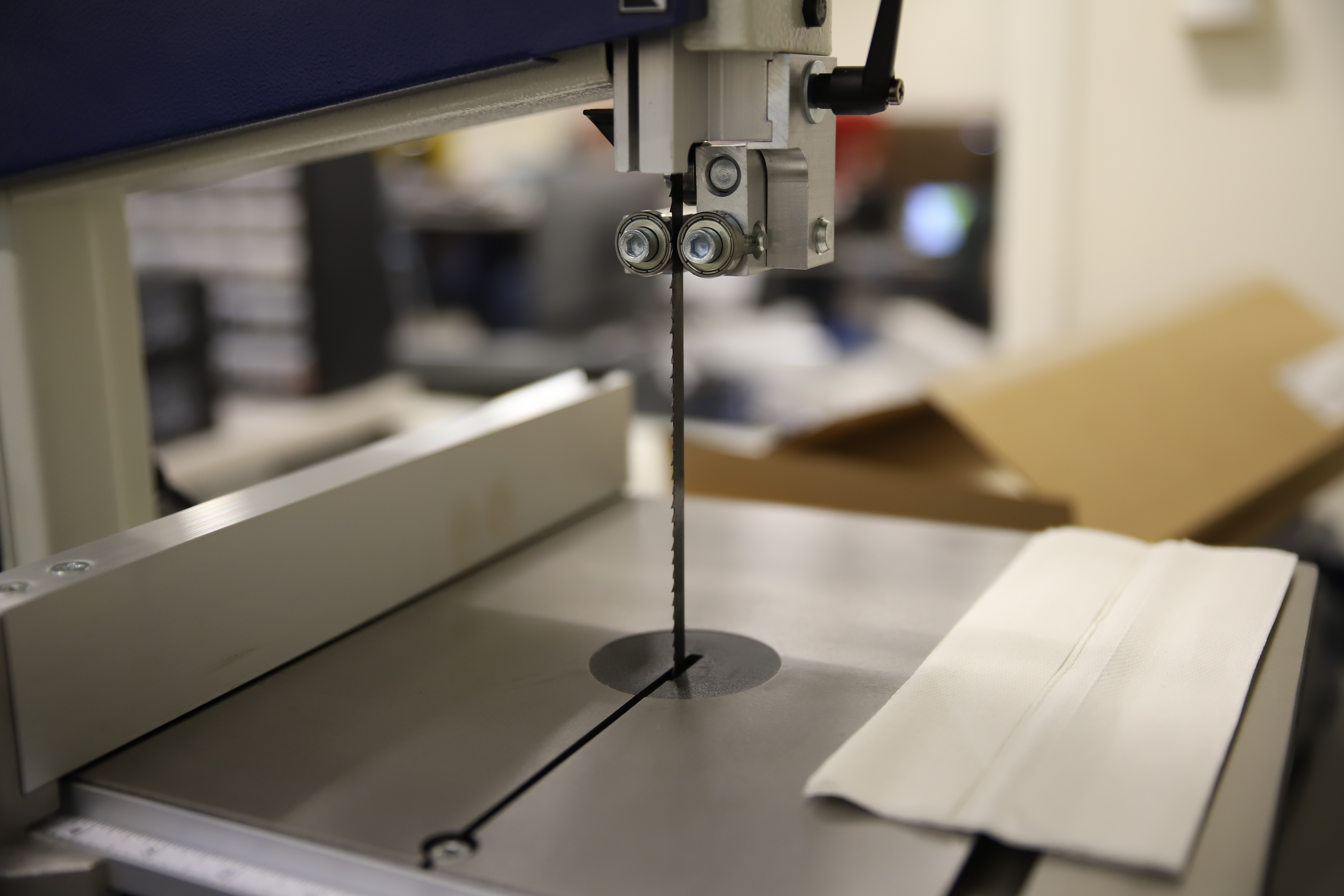 The lab, its equipment and all its materials are free to all DePaul students. While the Loop location was frequented by students in the College of Computing and Digital Media, Sullivan hopes IRL2 can cater to the students in Lincoln Park.

“We definitely do not want to limit ourselves to only design students. We definitely want everyone to learn, because everything here is completely learnable. We want to be accessible and teach as much as we can to everyone, because it’s for everyone.” 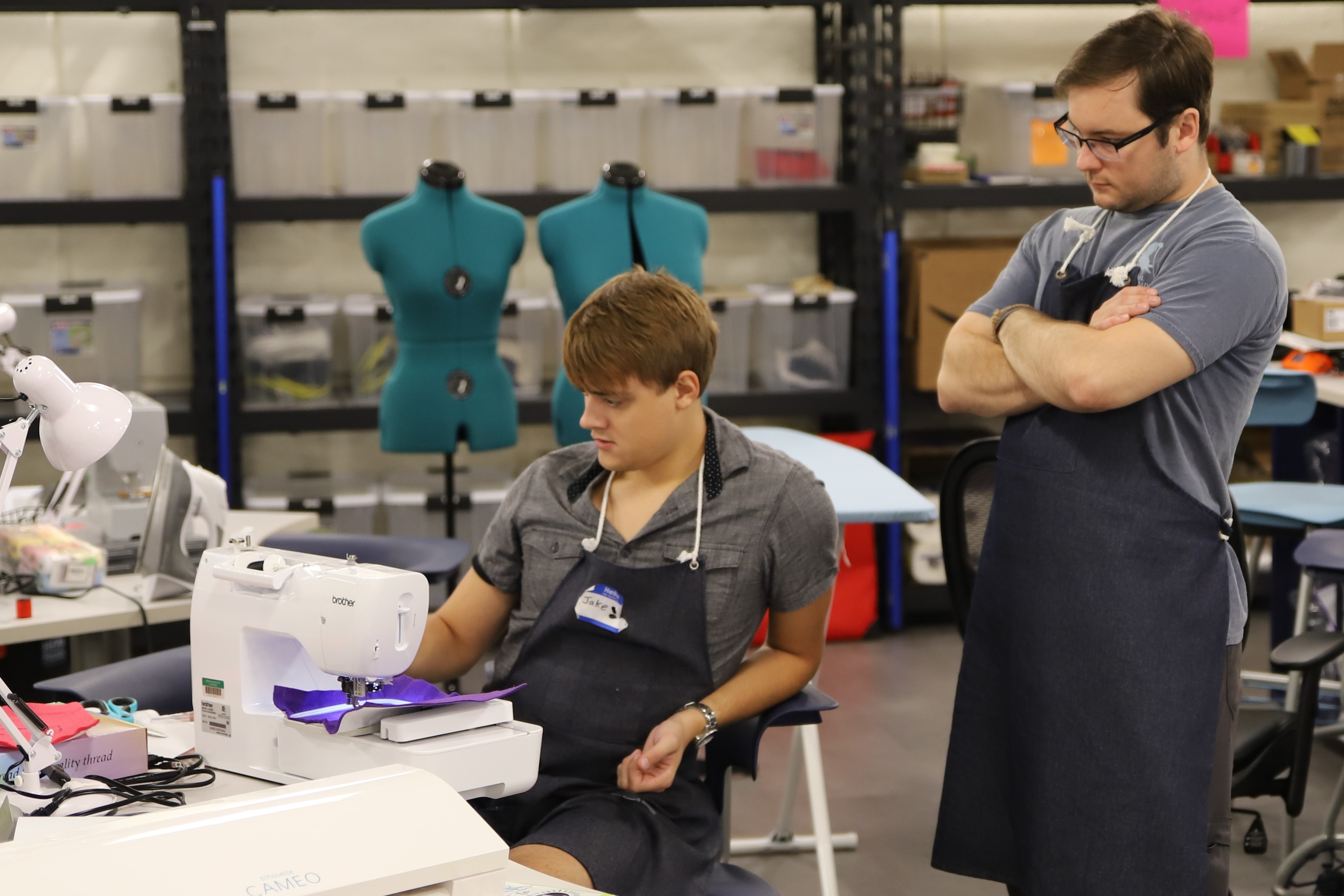 Juracka (left) teaches Alex Waskelo how to do a project on one of the lab’s sewing machines.(Christopher Silber, 14 East)

Jake Juracka works as a lab specialist at IRL 2. He also started working at the original IRL before taking his position at the new lab.

“As a specialist, I’m expected to teach anybody how to use any machine in the lab,” Juracka said. “I’m currently handling all the 3D printing classes right now.”

Before a student can use equipment in the lab, they have to take a class taught by a student instructor on how to use the machine correctly and safely. The classes are typically held about once a week. Since Juracka has more experience than newer workers, he has more responsibility over teaching classes to students and maintaining lab equipment.

Juracka noted that the new lab and the first lab have much of the same equipment, but there are differences. IRL2 has more sewing equipment than IRL1, but in terms of workspace, the new lab is slightly smaller.

“IRL2 is similarly equipped, although slightly smaller in terms of useable square footage. The only thing IRL2 is lacking compared to IRL1 is that IRL1 has a large woodshop area with a fully specced table saw and wide-open space to work on large woodworking projects.” 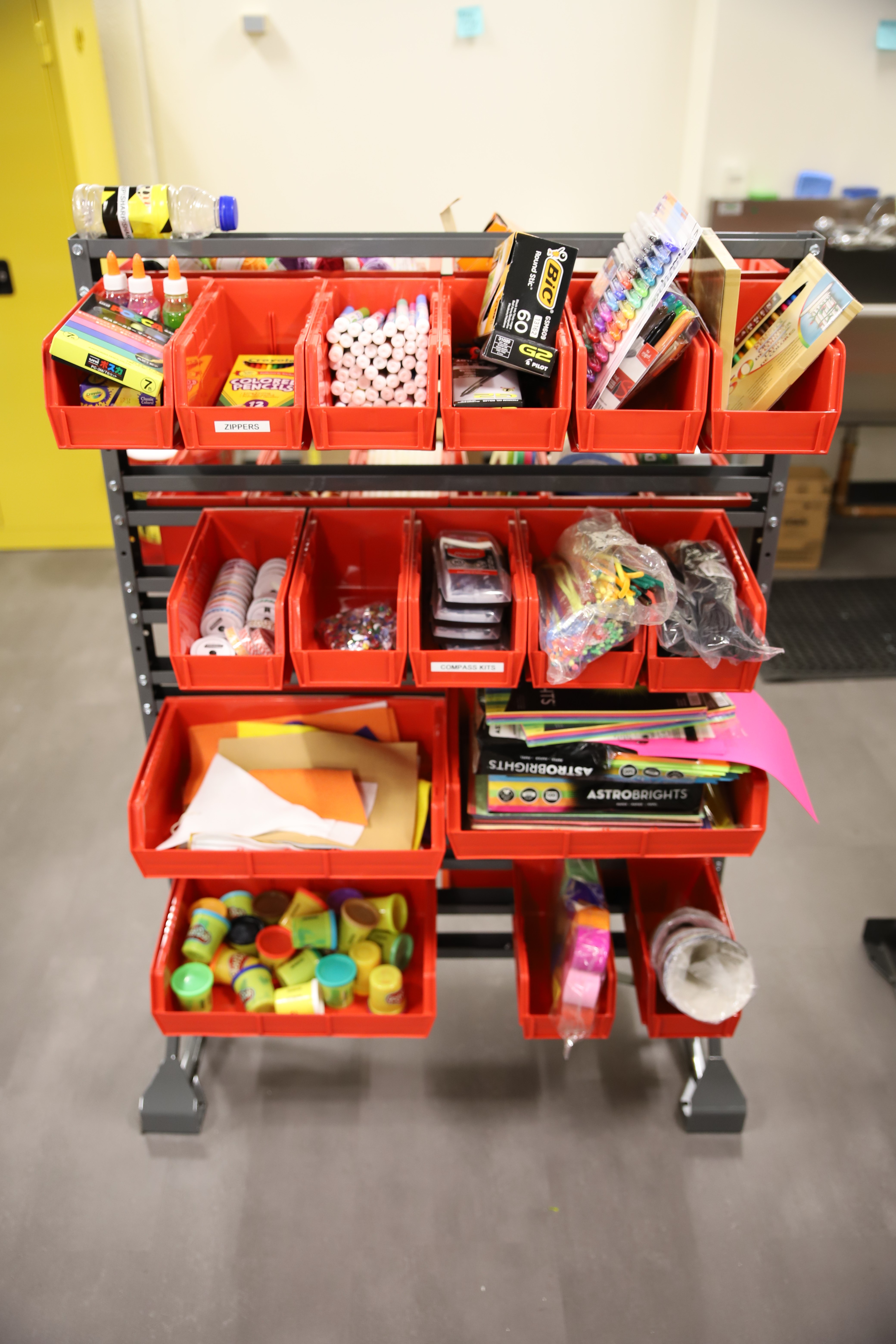 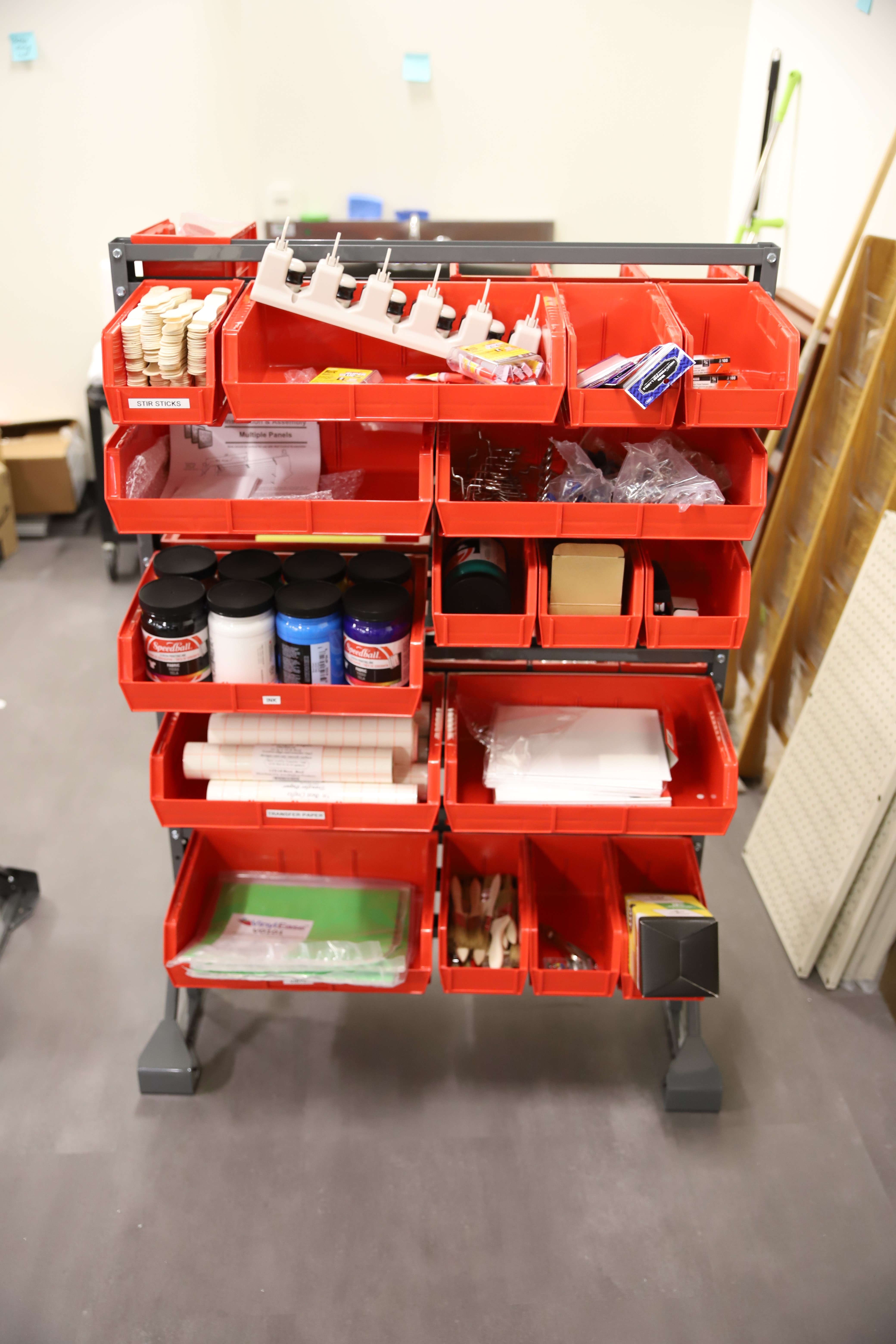 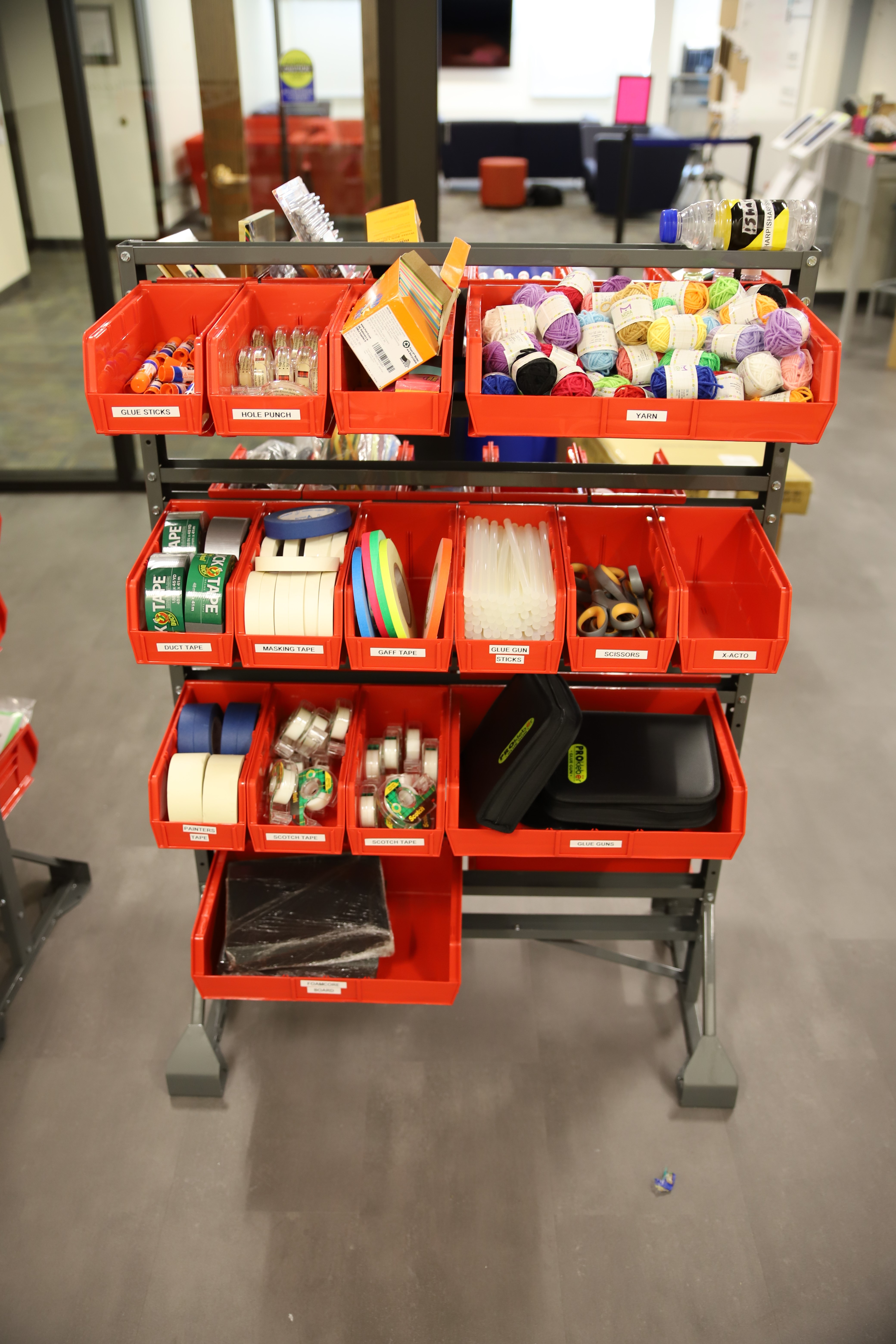 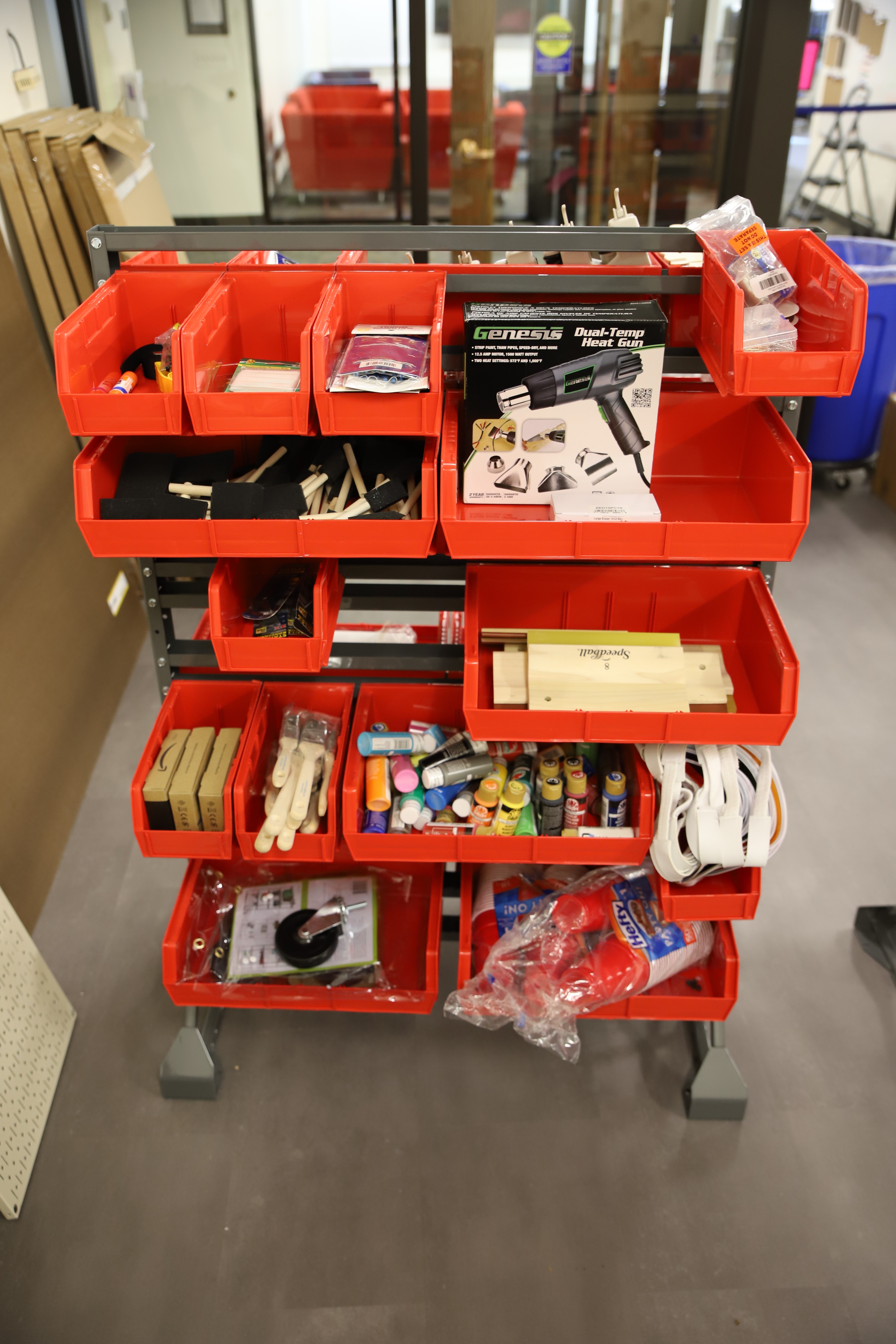 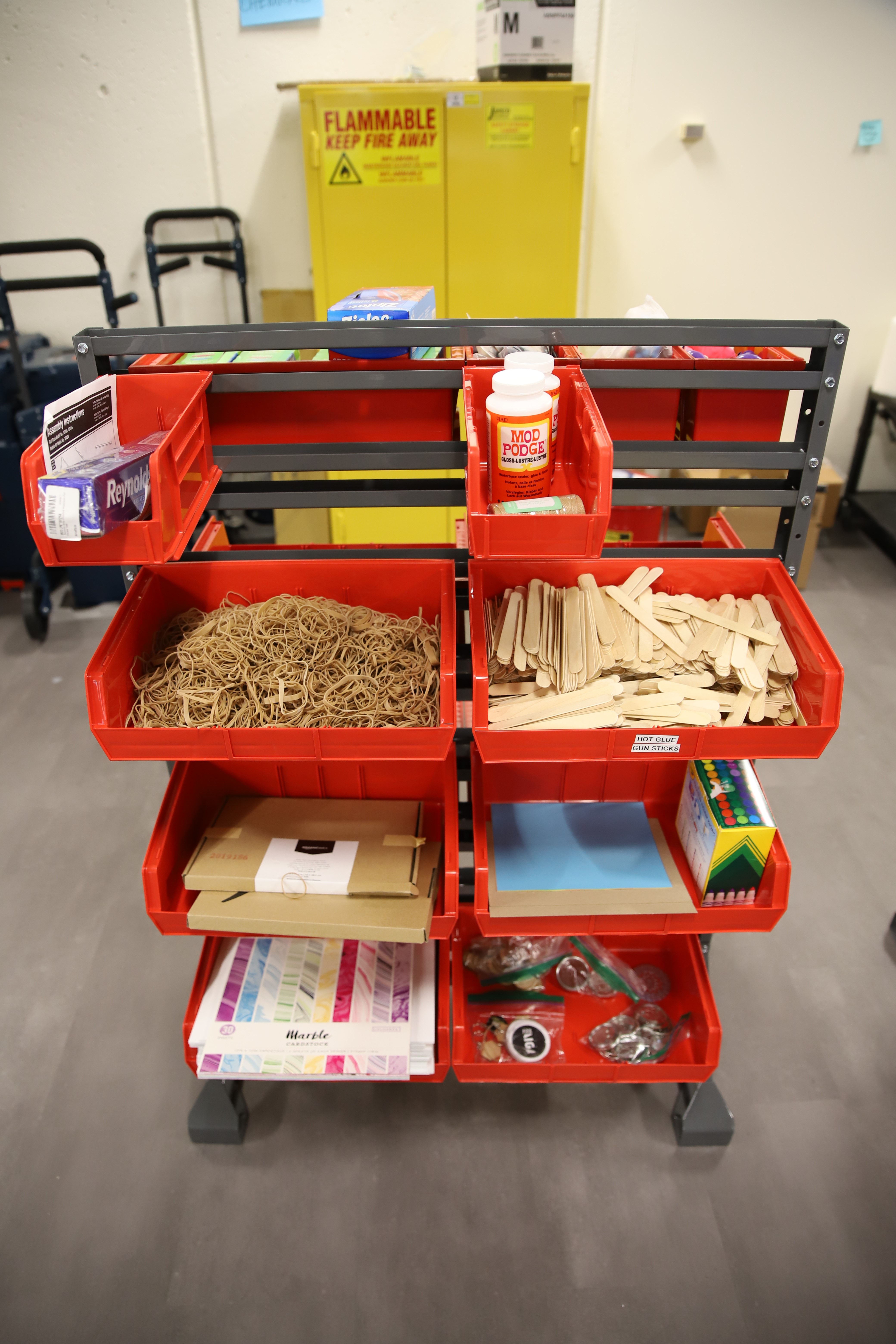 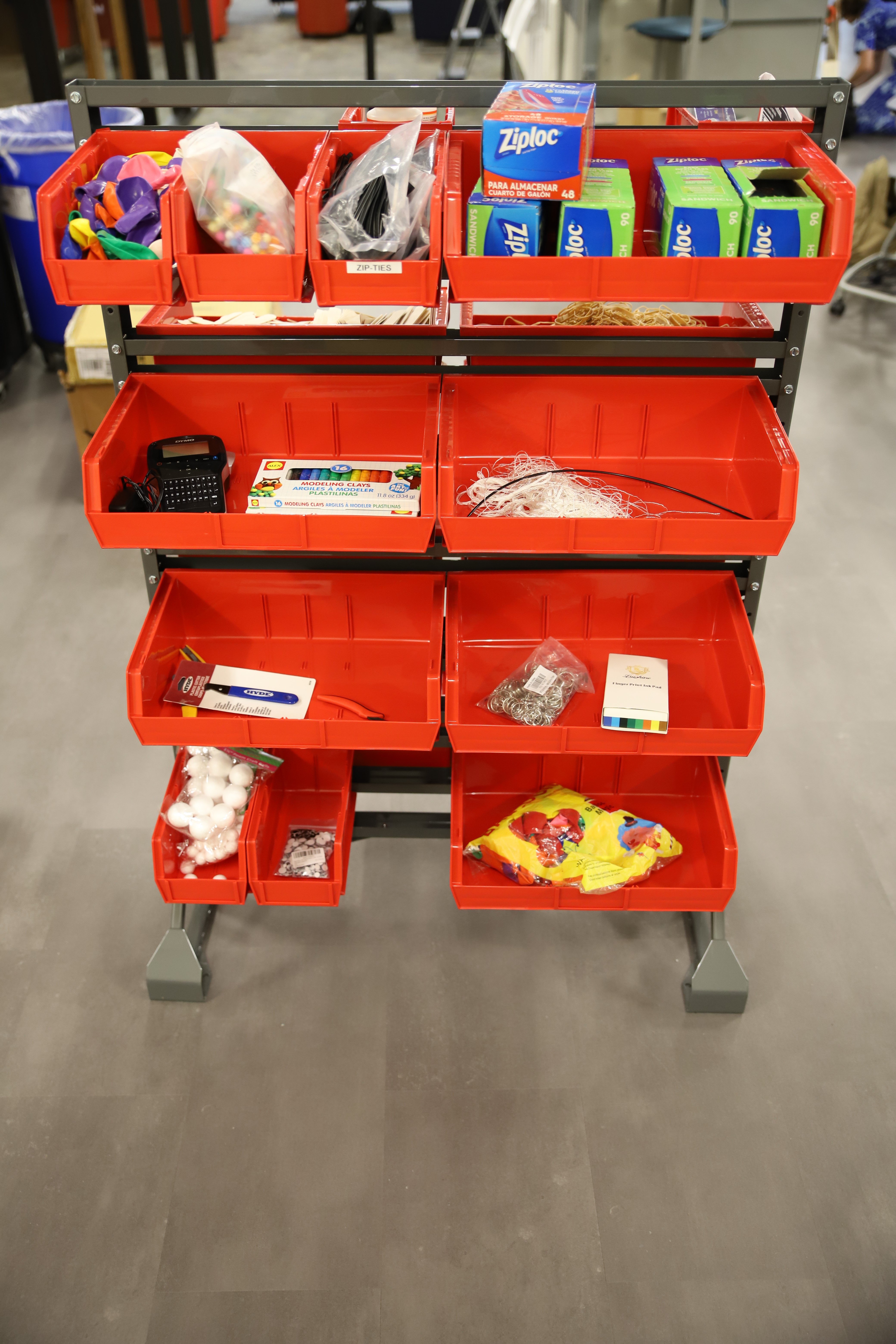 The Daley building and the SAC are also quite different buildings. The Loop space is full of windows, which is great for light but limits what people can put on the walls. The SAC’s infamous lack of natural light is actually an advantage for the new space, as workers can add more signage and white boards to the bare walls.

One project that Juracka is currently working on at IRL2 is a wooden, gridded sign with the IRL logo. The squares in the grid are slowly being filled with laser-engraved pictures of visitors to the new lab. 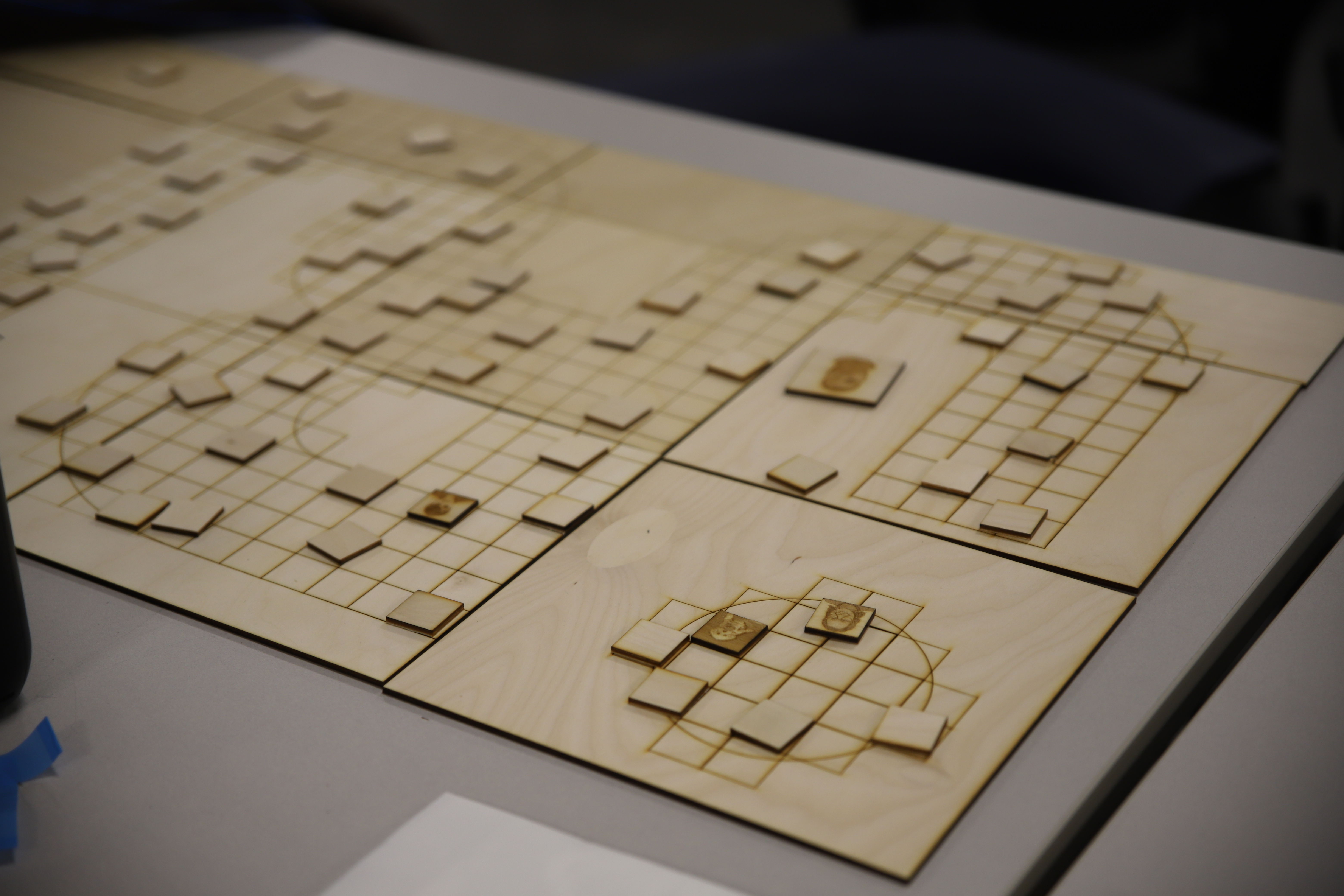 A peek at the IRL2 sign that will feature laser engraved images of visitors to the new lab. (Christopher Silber, 14 East)

“At IRL1, we have very many people visit the lab, and we have quite a few regulars at the lab, so people who visit as much as several times a week or every day. Those are the kind of people who really help evolve the space by being an active part of it.”

Rosas prints out the IRL2 logo on a laser cutter in the new lab. (Christopher Silber, 14 East)

Claire Rosas is a lab specialist at IRL2 like Juracka. They share responsibilities regarding teaching classes and helping newly hired students.

Rosas, too, came from the Loop lab. She’s looking forward to the opportunity to make a fresh impact at IRL2.

“There’s so much potential to actually start up and help run the space. I saw this as a place to make an impact at DePaul.”

One of her favorite projects actually involved making something for the old lab.

“I was tasked with making a sign-in sign for the lab, and so I utilized just about every machine in the lab – the laser cutter, I taught myself circuitry with an Arduino, a little bit of coding and the CNC router – when you come to enter the lab it blinks and lights up.” 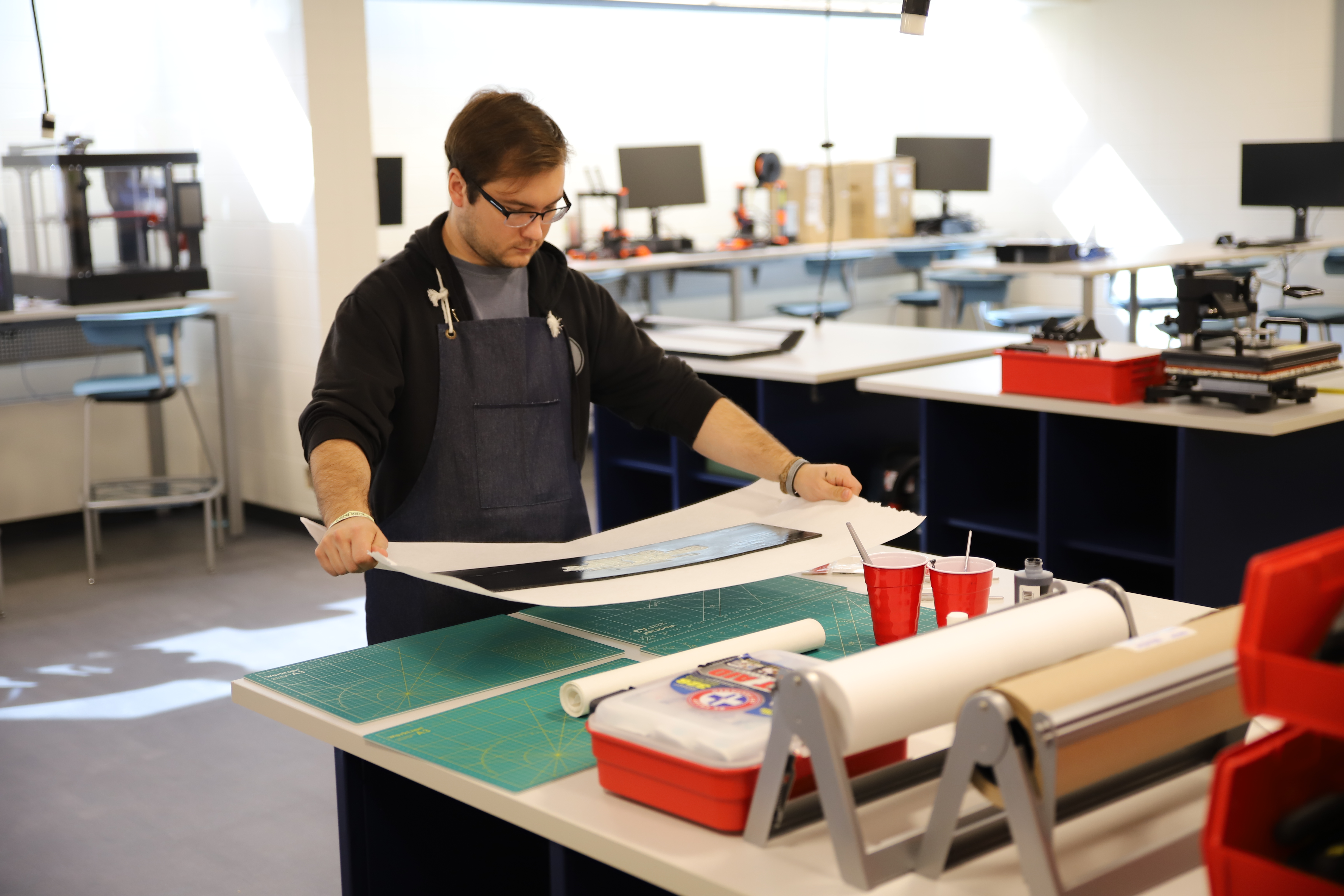 Alex Waskelo is newly hired lab moderator at IRL2. He used to frequent the original lab and took the opportunity to join the team as they expanded to Lincoln Park. IRL hired ten new students for the school year due to the lab expansion and student graduation.

Waskelo, who is studying for a master’s degree in digital communication and digital arts, first came to the IRL to use the machinery for a class titled “Designing for Physical Experiences.”

As a lab moderator, he teaches classes on the equipment, like a lab specialist, and learns about the equipment and operating the IRL from the specialists and lab manager. Waskelo is one of the few moderators who works at both IRL1 and IRL2 this quarter.

“At each lab right now we pretty much have half veterans and half new hires,” Waskelo said. “So there’s a good distribution of experience.”

Waskelo had always wanted to make an arcade cabinet, which is a box that houses traditional arcade games, their controllers and their screens. The lab is a resource that made his dream financially accessible — he’s currently working on his second homemade arcade cabinet.

“A lot of cost-prohibitive items can be made here to your own specifications, which I find to be very empowering. It’s a space that allows me to create the things I imagine.” 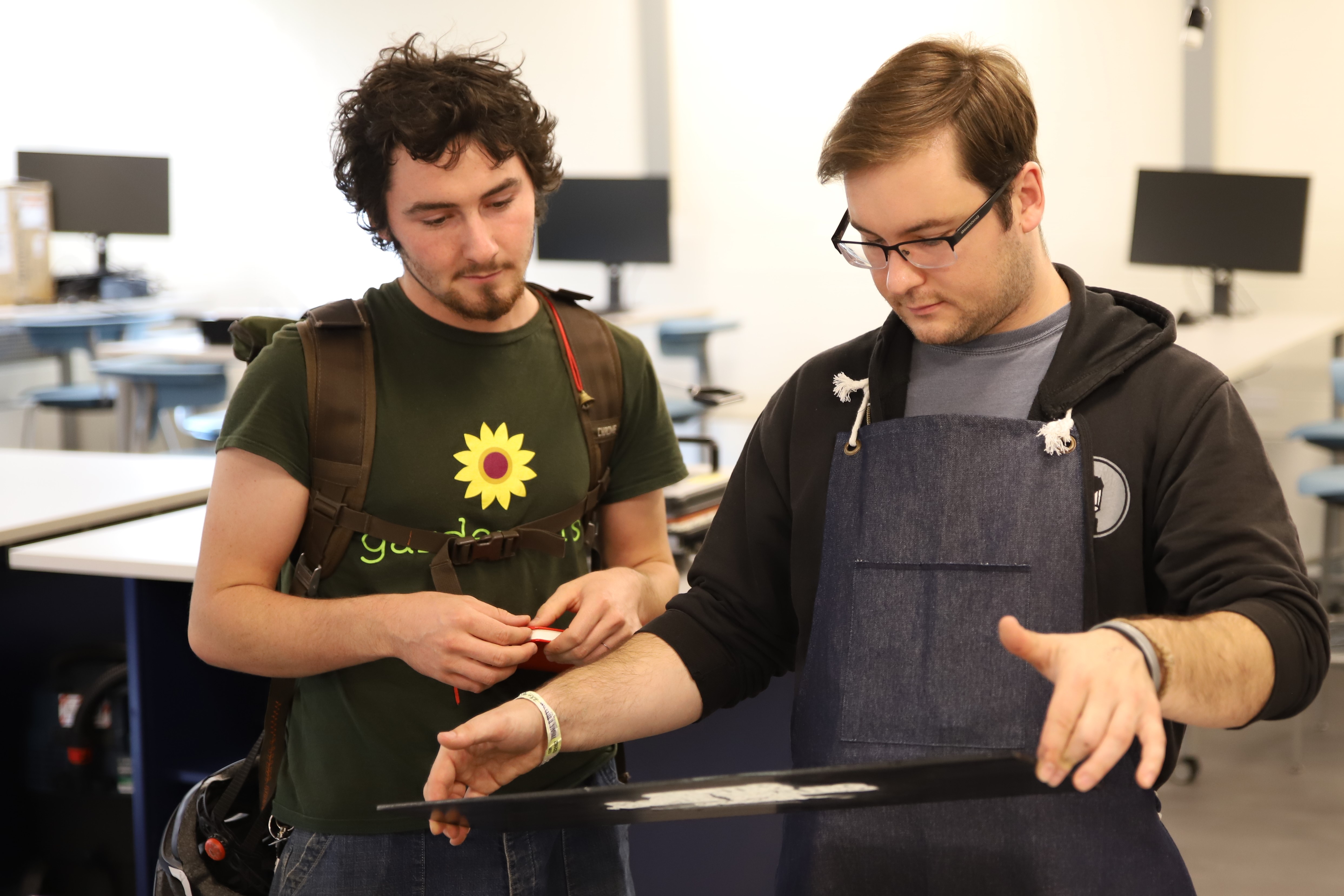 Tyler Bogartz-Brown, like Waskelo, is a new lab moderator at the IRL2. He first started going to the original lab to work on projects for the DePaul Urban Garden, which he helps run.

“We’ve been building out the garden at Lincoln Park, and the IRL’s been a big help with that, allowing us to use their space to build raised beds that we put into place. A lot of the infrastructure was tied to the IRL in some way.”

While he was authorized to use most of the equipment before he started working at IRL2, Bogartz-Brown said he and the other employees went through about 40 hours of extra training the week before classes started.

“We had to learn everything. Not just how to use the equipment, but what to do in situations that could potentially become unsafe, so how to use fire extinguishers and how to work with people who don’t understand that what they’re working with is actually a very dangerous tool.” 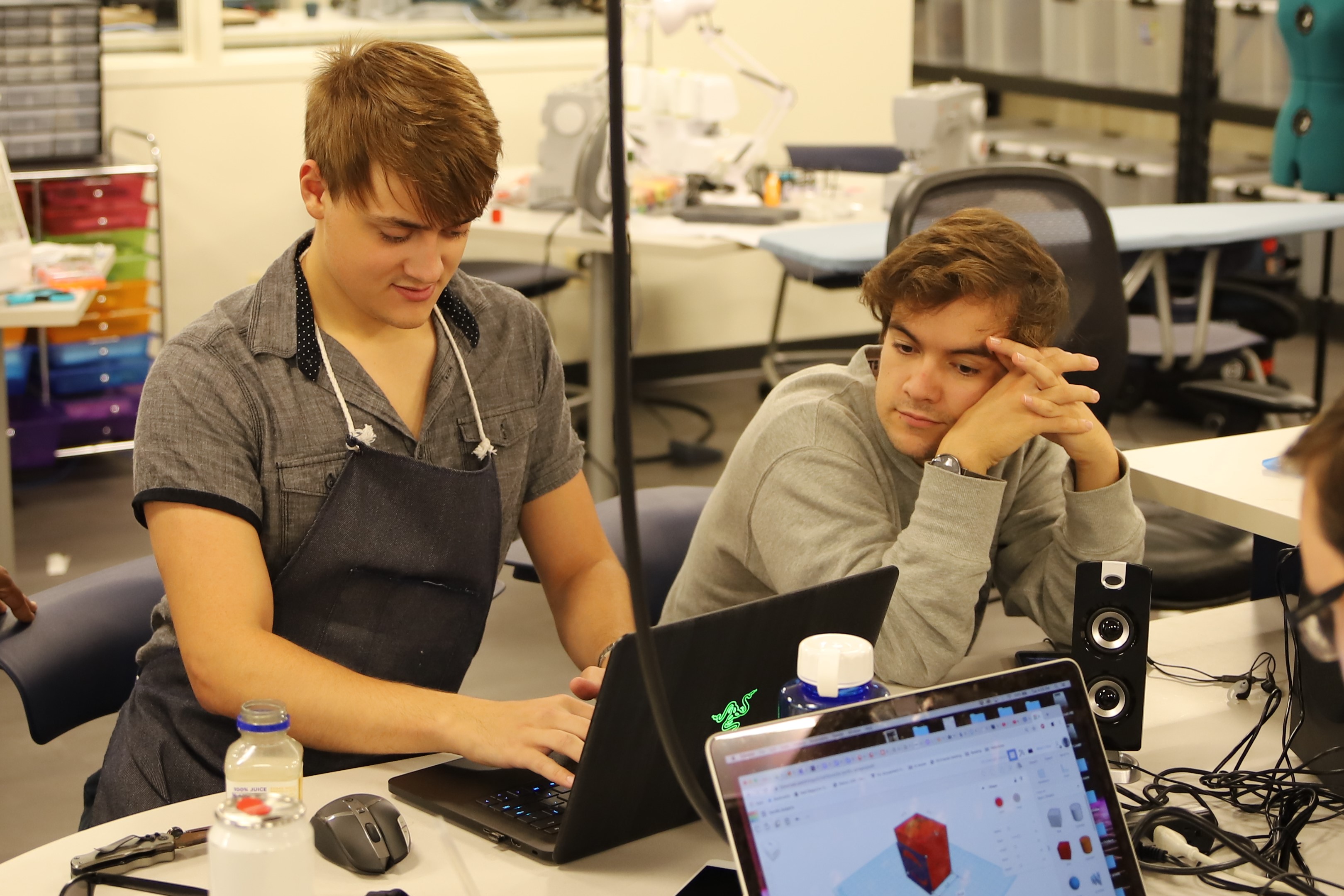 “I was watching his videos and it was all about 3D printing, and I wanted to make something of my own. I started modeling 3D stuff and went to the original IRL and started doing 3D printing. After that I went into all kinds of projects here.”

He said as the lab prepares for its grand opening, he and other workers have been working on signs and posters for the new space and making sure all the equipment is ready for use. 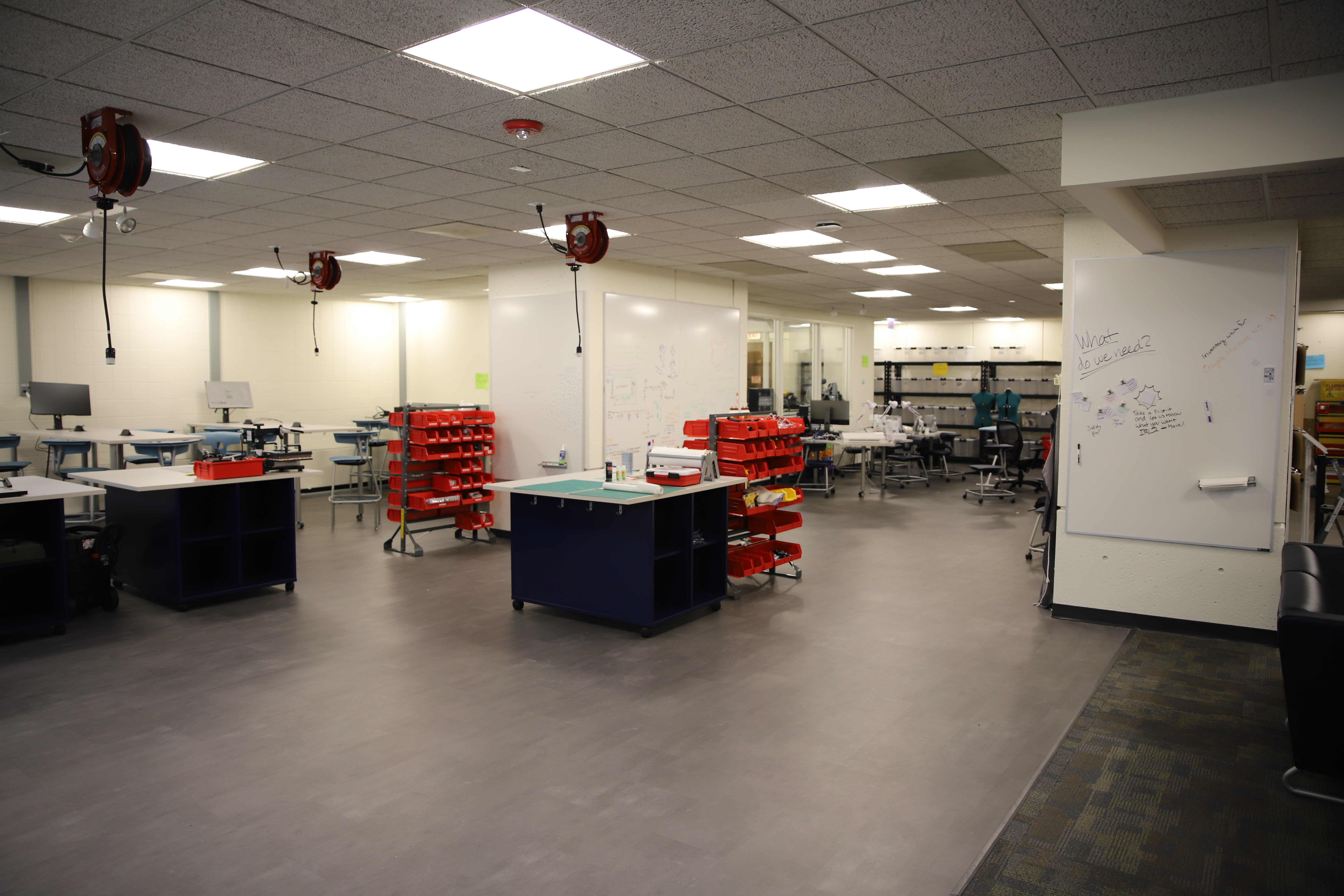 As students learn about the lab, the workers expect that IRL2 will soon be put to use as a creative environment to hang out and learn.

Putting her time at the IRLs in perspective, Sullivan said she is always amazed with what students can do with the machinery.

“You teach them something in a workshop and suddenly they’re here every other day doing it and doing things that you didn’t even think you could do with that piece of equipment.”