What’s Going on with Impeachment, Anyways?

An Examination of the “Bro” in..

What’s Going on with Impeachment, Anyways? 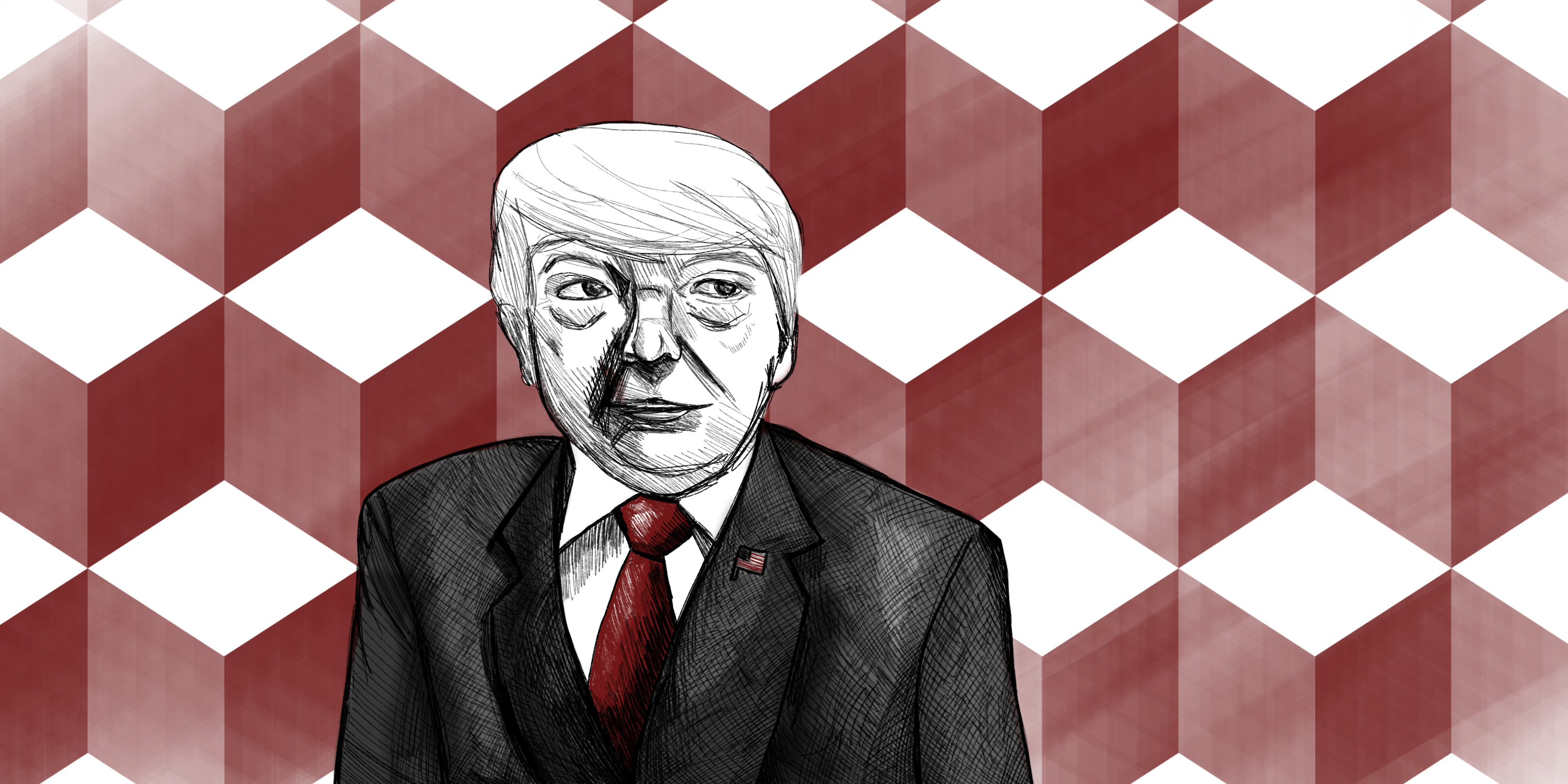 Last month, information from a mysterious whistleblower alleged a possible “quid pro quo” between President Donald Trump and the President of Ukraine, Volodymyr Zelensky. On September 24, House Speaker Nancy Pelosi announced an impeachment inquiry of Trump. Every day since has been filled with inquiry updates, leaks and information on witnesses who testified.

So instead of diving into the details of the inquiry, 14 East is laying out the aspects of the impeachment inquiry that are making the most impact in order to save you, the readers, from the confusing, overwhelming and sometimes bloated White House news cycle that leaves so many of us more stressed and not any more informed.

We talked with two political science professors at DePaul and the Center for Journalism Integrity & Excellence’s fellow to break it all down for us.

How did this all start? What’s the involvement with Ukraine?

It all began with a July 25 phone call between President Trump and President Volodymyr Zelensky of Ukraine. This phone call has sparked scrutiny and an investigation over an alleged “quid pro quo” between Trump and Zelensky regarding U.S. military aid in exchange for investigating Hunter Biden, the son of presidential nominee and former Vice President Joe Biden, for his involvement with Ukraiinian energy company Burisma.

“It seemed like the President was initiating  a ‘quid pro quo.’ Which is not a normal thing you do with a head of state,” said Dan Sinker, political writer and fellow of DePaul’s Center for Journalism Integrity and Excellence.

The next catalyst was a whistleblower complaint –– essentially a complaint about the president’s activities from someone within the government ––  filed with the intelligence community inspector general, Michael Atkinson, on August 12. In the following weeks, several House committees launched investigations into this complaint and its alleged “communications with a foreign leader,” as reported by the Washington Post.

So, how does impeachment work?

Impeachment does not mean removal from office. In fact, no U.S. president has ever been removed from office through the process of impeachment. Congress has impeached two — Andrew Johnson and Bill Clinton. Two others have endured impeachment inquiries — Richard Nixon and, now, Donald Trump.

However, none of the four U.S. presidents were removed from office by the Senate. Johnson and Clinton were not convicted by the Senate, and Nixon resigned before the Senate had the chance.

The impeachment process is outlined in the Constitution. It begins in Congress with the opening of a formal impeachment inquiry — whether or not this requires a House vote has been in question in recent weeks. The Trump administration has argued that House Democrats’ inquiry is not legal because there was no vote to begin it. A judge ruled last week that it is legal. Nonetheless, House Democrats decided to hold a vote on Thursday. In a 232-to-196 vote, the House passed a resolution to formally authorize the inquiry and set guidelines for what’s to come, including televised hearings and releasing witness testimony. Trump responded to the vote with a sequence of tweets, calling the inquiry “the greatest witch hunt in American history.”

An impeachment inquiry begins in the House Judiciary Committee. If lawmakers feel they’ve found enough evidence, they can then write and pass articles of impeachment and take it to the full House for a vote.

A simple majority — meaning the highest number of votes — is enough to formally impeach a president. But it doesn’t end there.

The president, vice president and civil officers, like judges, can be impeached. While no president has been removed from office, eight federal judges have been.

However, all three options are not equally plausible. Experts, including DePaul professor and political strategist R. Craig Sautter, feel it is highly unlikely that Trump will be removed from office.

However, Sautter acknowledged a “wild card” in the situation.

“President Trump has made some foreign policy decisions in the Middle East that have upset a lot of Republican senators,” Sautter said, referring to Trump’s decision to withdraw troops from northern Syria. “We don’t really know behind the scenes how many people actually just hate Trump and want to use this as an opportunity to dump him. The reason that that’s unlikely is that none of them would be reelected.”

Nonetheless, the impeachment inquiry, Sautter said, has been handled in an extremely partisan manner.

“It was an impeachment looking for a crime,” Sautter said, referring to calls for impeachment before Ukraine had entered the conversation. In fact, the impeachment conditions, treason, bribery, high crimes and misdemeanors, might be partisan itself, he said, because it can mean whatever members of Congress want it to. “High crimes and misdemeanors was defined by Gerald Ford when he was Minority Leader before he became president as anything that the House of Representatives at a certain time in history determined to be. So it’s clearly a political event.”

During both the primaries and general election, the conversation is likely drastically different than that of the midterm elections in 2018, Sautter said. “All of the things that Democrats won on two years ago, like healthcare,” Sautter said, “they’re off the board, and it’s just a question of impeachment and trying to appeal to that narrow group of independents who are probably pretty skeptical.”

Moreover, the impeachment inquiry will likely mobilize much of Trump’s base, possibly more than would have otherwise.

However, should incriminating information — what some call the “smoking gun” — appear in the inquiry, the events could unfold much differently.

“Let’s say there is a smoking gun… my personal opinion is that you would see very strong Trump supporters backing away from him and doing so publicly,” said Britney MacDonald, a political science adjunct professor at DePaul. “I think that would be a huge indication that maybe there is actually something bigger going on.”

With re-election coming up in 2020, many lawmakers are trying to protect their own re-election. So if damning evidence comes out, Trump supporters may begin separating themselves from the President. This could not only change the climate of the 2020 elections, but also serve as a sign that the impeachment may proceed further.

“If you see former Trump advocates backing off and pedaling back from support,” MacDonald said. “To me that would indicate something larger is at play and they’ve seen some form of evidence or perhaps the smoking gun and now they are reconsidering their position.”

What should I pay attention to in the news?

Testimonies are happening every day. But for now, it’s entirely behind closed doors.

“At some point — we don’t know when — it will change from being an investigative inquiry into what will actually be an official impeachment proceeding, which will have public testimony,” Sinker said. “We’re not at that stage right now.”

The impeachment inquiry is generating news at a nearly constant rate, making it difficult to know what’s actually important to follow.

“The big thing to be on the lookout for right now is the phase change in the House, where it moves from a closed door inquiry to an official impeachment inquiry. Then they begin a public process of hearing testimony and eventually go to an actual vote to impeach or not,” Sinker said.

News of the inquiry moving to a phase of public trials is the next big milestone to look out for.

“That will be where we’re going,” he said.“What’s interesting is the Democrats are kind of slow walking to that point, in large part because they’re conducting the investigation.”

As things heat up in regard to the 2020 election, partisan politics will continue to play a role in the proceedings of the impeachment inquiry.

“Republicans are trying very hard to move things into a public sphere… They feel like that’s their way of trying to take back a media narrative,” Sinker said. “It’s to say they’re locked out of the process even though they really aren’t.”

How fast will this process move?

Democrats have said they hope to finish the impeachment inquiry by Thanksgiving. If that doesn’t happen, Sautter thinks it will happen before the holidays, by the end of January at the latest — especially before the primaries begin in February.

Sautter doesn’t believe it will run into the general election. “It will be tied up by then, the formal things,” he said. “Both parties will want to get it out of their way and run on whatever they’ve got at that point.”

What’s the best way to keep up with everything going on?

“It is difficult to separate out all of these pieces, especially if you’re not looking broadly across a lot of different news,” Sinker said. “You could easily walk away thinking ‘this is in the bag’ or ‘this is a disaster’ and neither of those things are where we’re at. There is testimony happening nearly every day. We are learning only tiny bits of that testimony because it’s happening as a closed door process right now. So everything that we’re learning is leaked.”

Sinker has started a daily newsletter called Impeachment.FYI in hopes of helping folks navigate media saturation in keeping track of of the impeachment process.

“In starting the newsletter, I collect everything that’s happening in the beginning of the day,” he said. “When I sit down and read it, I assess what feels like it actually moves the ball forward and feels like what you need to know to go into the next day.”

Making this information clear and digestible for people is a goal of Sinker’s.

“One of the things I’m trying to accomplish with the newsletter is to slow it all down,” he said. “We have lived now for three, almost four years in a news cycle that exists in seconds.

To be able to step back and filter it through a 24-hour cycle is interesting.”At the time of publishing of this article, the House passed a resolution to move forward with the impeachment inquiry, setting the stage for publicized hearings.