What’s Going on with Impeachme.. 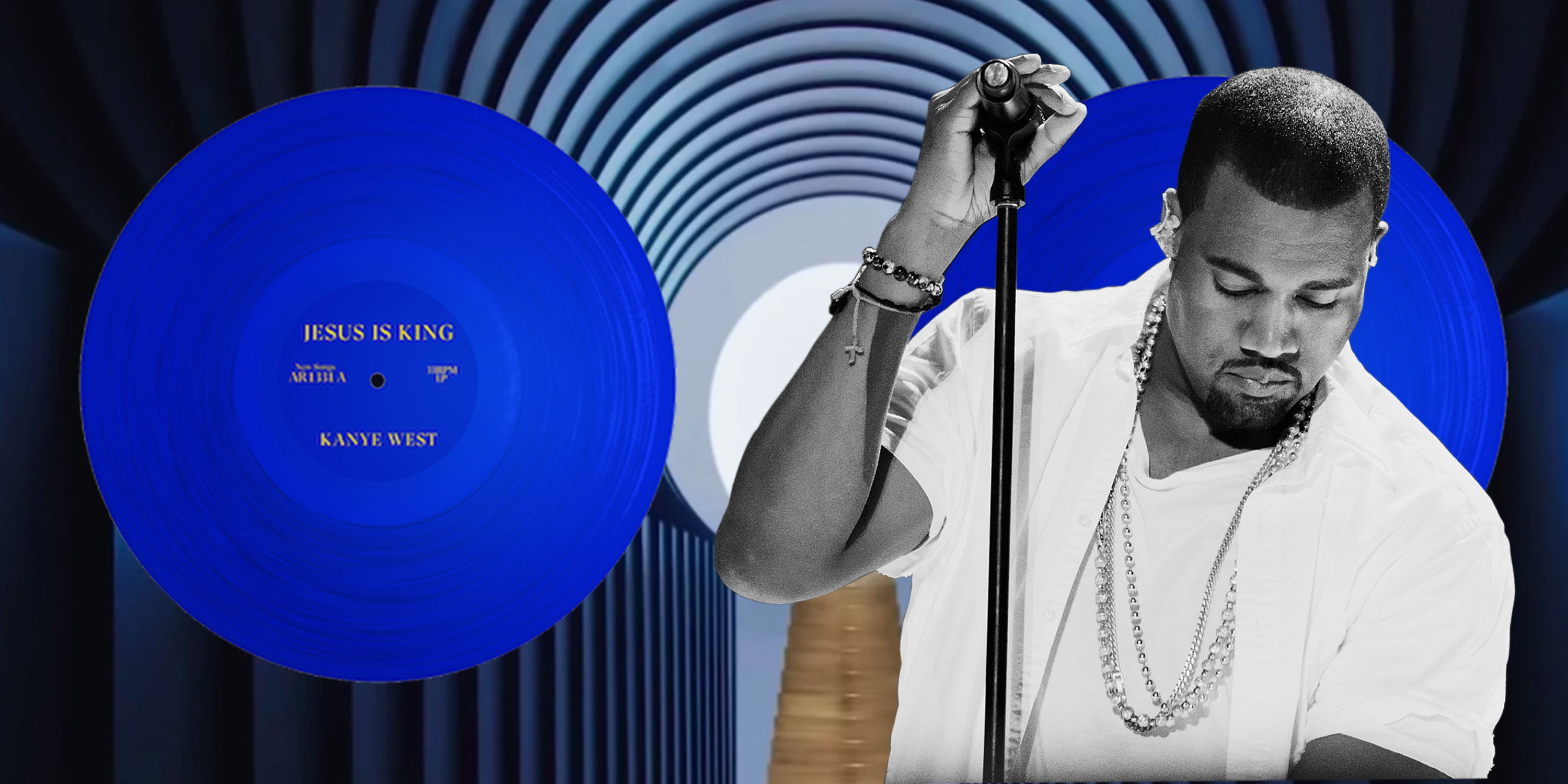 “Everybody wanted ‘Yandhi’/Then Jesus Christ did the laundry,” Kanye West raps on his long-awaited album, Jesus is King. In September of last year, West was supposed to release his ninth studio album, Yandhi, which eventually was leaked online and then put on the chopping block because of his religious awakening. There are some songs from the album that he decided to use in Jesus Is King — his now official ninth studio album — but overall it’s a completely new and baptized piece.

The anticipation and hype have become essential pieces to the Kanye puzzle when it comes to him releasing an album. Since 2018 West has had fans on a leash, like dogs following his footsteps for the treat in his pocket. In this decade, “no other pop music figure has drawn such rubbernecking fascination,” according to NPR. 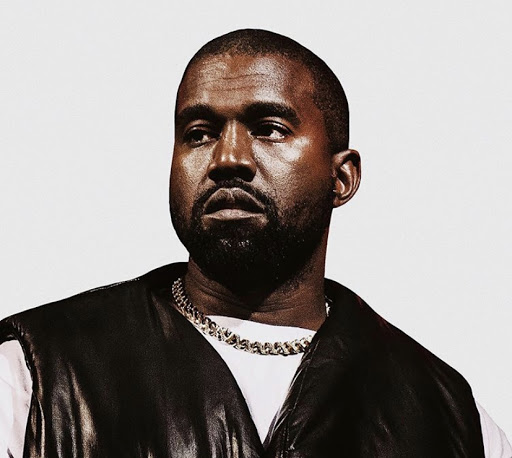 At his Chicago listening party of Jesus Is King, about a month before the finished album was released, he preached to the audience about why Yandhi never dropped. In the Bible, West explained, there is a story of a man who claimed to be God and took credit for God’s work. West felt that he was this man by playing off religious figures and calling himself Yeezus and Yandhi. When a man in the crowd yelled out, “But you are Yandhi!” West pounced back with, “This is not a comedy show. I did not come here to be heckled.” Now, West explained, he no longer wants to have a godlike persona. Unlike his songs such as his 2013 “I Am A God” he is, instead, making music for God.

Even with this apparent new source of humility and newfound devotion to God, throughout the album we still hear the old egotistical Kanye, hypocritically comparing himself to other religious figures — like Noah —  and following a theme of what Jesus has done for him, instead of what he has done for Jesus as a devout Christian. This is not to say that there is nothing new to Kanye’s music in this album, but rather, it is to say that it’s not as profound as everyone may think. 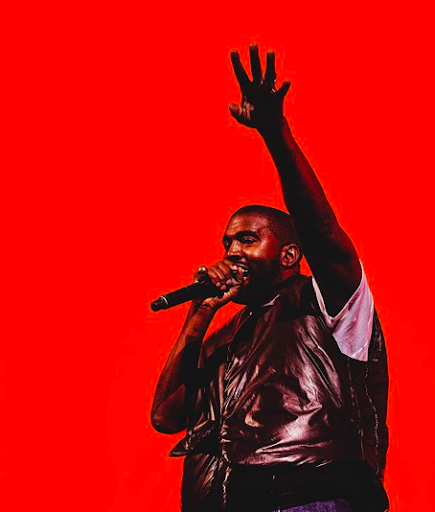 Within his lines, listeners can pick out pieces of vulnerability that we have not heard other than on Ye, his mere 23-minute-long album released last summer. With the cover album reading, “I hate being bipolar it’s awesome,” it thematically was an album about his struggle with mental health. It featured lyrics like, “Sometimes I scare myself,” on the song “Yikes.” And although West says Jesus Is King is a gospel album, it is a facade (whether West is aware of this or not) and under this Christian veil we hear West still struggling. “It is less of a gospel album and more of an album about Kanye’s own personal interpretation of Christianity which is molded in the image of his flawed personality,” music critic Anthony Fantano said. “What this record reveals more than anything is Kanye’s mental health,” he continued. “God brought me the hardest year of my life,” West said in his interview on Big Boy TV.  He also said that he is just a human being and was spread too thin trying to be and do everything.

When asked about what he wants out of Jesus is King he said, “I am praying that people can see Jesus won the victory.” In an old interview with Big Boy, West said, “10 years from now I just want to create for the church, period.”

So was Jesus Is King in his plan all along? Yes, he said, but along the way, he got caught up.

Neither critics, nor listeners, nor anyone can tell Kanye what his own connection to Jesus or Christianity at large is — that is for himself to decide. What we do know is that Jesus Is King does not communicate his messages quite as clearly as he had intended to. But it has never been West’s intention to be understood. Now, he said in the interview, his main focus is not for listeners to like the album, but instead he hopes to move people with it. 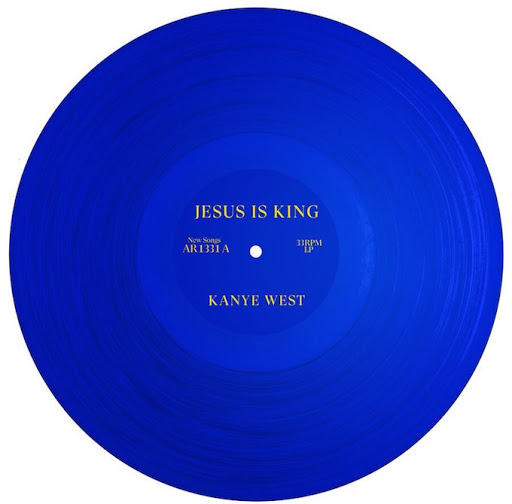 West said that Selah means, “to look back and reflect upon,” at his listening party in Chicago last month. This song first leaked to listeners in 2018 on an Instagram livestream. West chants “John 8:33” and “John 8:36” with powerful drums behind each syllable. In these Bible passages, Jesus tells his disciples that if they truly believe in him and his word, that they will find the truth and therefore be set free. West paraphrases the Bible with, “Ye should be made free,” and plays with the pronunciation of ye, originally an old pronunciation for you, but also his nickname. He packs in too many metaphors for his own good but equally sets the tone for the rest of the album. Eerie church organs and tumultuous beats paired with the choir raising up in the background create a thrilling start to the short album. West’s flow falls off near the back end of the album and it is unclear whether that is purposeful or not. Listeners also get their first taste of Pusha T on the album, who returns later on the album with his brother, No Malice.

“Closed on Sunday,” the fourth track, is one of the weakest songs on the album.

Because of the chorus’ tacky metaphor, “closed on Sunday, you’re my chickfila” paired with underwhelming guitar melodies falls flat, this song easily could have been scraped off the album. However, this is the first track on the album that speaks directly to the audience, “hold the selfies, put the ‘gram away, get your family, hold hands and pray.” Rolling Stone dares to call it a love song for Kim Kardashian. Unlike the song before where he is rapping Bible verses, here we find West talking about the day-to-day practices people can take to become closer to God. The closing seconds of the song is West wildly and jokingly screaming, “Chick Fil A!” which has already been turned into a meme across Twitter.

On this track, West keeps most of the original verses that he had on Yandhi. We hear the same godly intro with Ty Dolla Sign and Ant Clemmons. He tweaks some of the lyrics from “feel that feel, enjoy yourself ’cause girl you owe it to yourself,” to, “feel that feel enjoy yourself, cause we have everything we need.” He scrapped most of Yandhi but anything he did keep was reworked to fit his religious theme. The original track also featured the late XXXTentacion. The chorus originally focused more on telling a girl to enjoy herself, leading into X’s feature where he loudly goes off about the girls he has been with. West instead makes this a song about being thankful for this life even with the hardships that come with it. West also gives us another one of his clever Bible metaphors, “What if Eve made apple juice? You gon’ do what Adam do?”  reminiscent of My Beautiful Dark Twisted Fantasy.

West reworked one of the songs from Yandhi, “Law of Attraction,” to “Use this Gospel.” He also added and reunited Clipse, the brother rap duo of Pusha T and No Malice. It is now softer and obviously much more religious but in the first cut on Yandhi, his raps had more power. We heard the Kanye aggression we all know and love with lyrics like  “Grand theft auto we in the game, money ain’t real time ain’t real.” In this cut he sings,“Did you ever think of the dream too big to measure, follow your pleasure, the law of attraction means I got what I asked for, exactly what I asked for.” On Jesus is King, however, he lets Clipse do the rapping, and instead he sings, “Use this gospel for protection, it’s a hard road to heaven we called on your blessings, in the father we put our faith.” Here, he has transitioned the spiritual themes he grazed in previous songs to fit his new religious devotion.

Clipse and Kenny G’s beautiful and moving sax solo are what stand out on the final cut of the track. The solo mixed with the beat creates a cinematic end to the song and is where I think he should have ended the album. Instead, West chose to add a 49-second long outro. The lyrics “Every knee shall bow/every tongue confess/Jesus Is Lord,” are repeated before it abruptly ends. The layered horns are tasteful, but it never really progresses and seems like a rushed and unnecessary way to wrap up the album.

Overall the album’s strongest element is the choir, with West’s rapping being the weakest. There are times he sounds like he is straining his voice. The structure is skeletal, but packs itself heavy with emotion. Nonetheless, there is a wide variety of tasteful textures to keep even an atheist intrigued for at least a listen. “Everything We Need” and “Use This Gospel” both feature popular rappers and are the easiest ones to get stuck in your head. As for now, and maybe the foreseeable future, this is the new Kanye. One thing he has always done is speak his mind and it’s up to us whether or not we are going to keep listening.