From DePaul Student to Boxer: .. 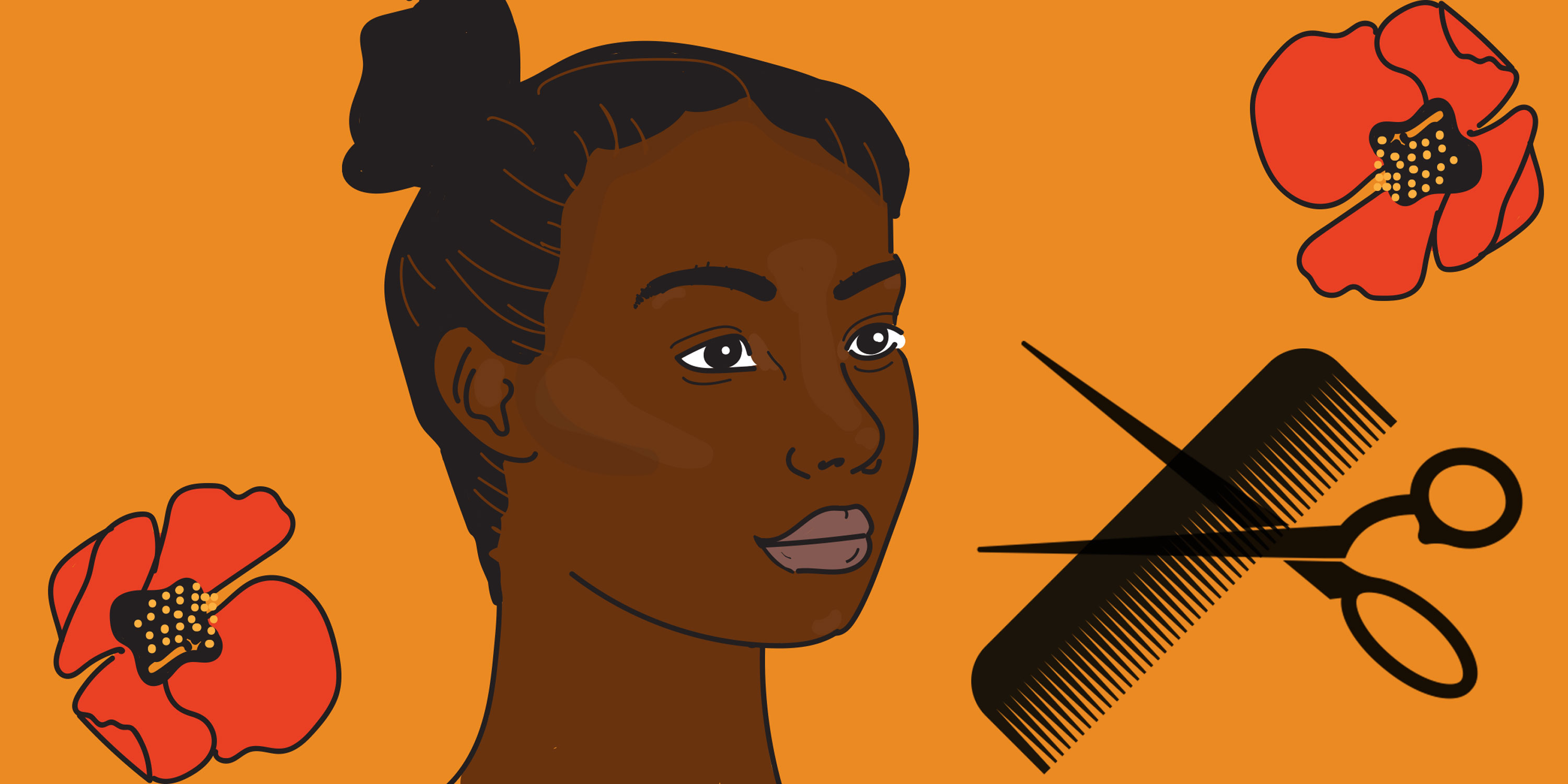 Chicago Twitter users voiced their outrage over an H&M fall ad for kids’ clothing that included a photo of a young African American girl with unstyled hair in a short ponytail.

Christine P. Augustin, the president of Roots to Ends, a DePaul organization that promotes inclusion of Black hair, said that she was “furious” when she saw the photos.

“This is not the first time that H&M has done something like this so I wasn’t surprised, but I was very upset,” she said, referencing the ad in January 2018 featuring a Black child wearing a sweatshirt that read “Coolest monkey in the jungle.” Augustin was concerned that the H&M ad would cause low self-esteem among young African American girls.

“For Black girls, the image is that you have to have straight hair,” Augustin said. “This is hurting the Black community.”

Society’s beauty standards often consider straight hair to be the norm and to be “good hair.” If a person doesn’t have straight hair, their hair isn’t considered to be beautiful and is considered “bad hair.”

“Type four hair is in the stage of not being called beautiful,” she said. Type four hair is a hair type that has tight, kinky curls that are thick. “Black girls looking at this is probably sad and disappointed.”

Augustin said the “good hair” and “bad hair” narrative can hurt a young Black girl’s mental health. She said H&M could have done a better job with the advertisement if they had attempted to style the model’s hair by adding gel or brushing it.

“It looks like they just didn’t care about her hair,” she said.

Marie-Claire Jeanty, a junior at DePaul University, was also frustrated by the advertisement.

“At this point, H&M doesn’t deserve Black models because they don’t know how to take care of them,” Jeanty said.

However, some consumers weren’t upset by H&M’s ad. William Salaam, manager of the Bronzeville clothing store, said, “I saw nothing wrong with this ad, beauty is in the eyes of the beholder.”

H&M’s head of inclusion and diversity, Ezinne Kwubiri, responded to the hair controversy in an Instagram post. Kubiri said, “Everyone should take responsibility for their own role in creating and circulating their opinions based solely on their own biased experiences.”

#LetsTalk I’m the one on the left. The image on the right has sparked so much dialogue in the past several hours. Talking points that are centuries old and have been hashed and re-hashed at kitchen sinks, beauty shops, and front porches. A few points to make… I am both of these girls. In my hair’s most natural state, I look just like this. If I weren’t so fearful of society’s response, I would embrace and celebrate my hair the way it grows out of my scalp. The child models (there were several) used in this photoshoot embraced their natural, every day, carefree looks. Like everyday children always do. This young lady is likely still exploring her self-identity and her perception of beauty, and how those things might connect to her hair texture, skin tone, lips, brows, etc. I certainly was at her age. It’s important to keep this in mind when having these “internet” conversations as words are very powerful. They can uplift, and they can hurt. She should be afforded the same carefree joy and vulnerability as the other kid models. The adult brown skin girl that is me, wishes one day to have the same. Also, the presence of hair stylists on a wide variety of sets with the ability to work with a diverse pool of models with different hair textures is sorely lacking. I stand with these hair stylists that are using their platform to bring awareness to this gap & I am committed to continuing the conversation to promote diversity and change. Perception is a wide spectrum. Everyone should take responsibility for their own role in a creating & circulating their opinions based solely on their own biased experiences. Look within yourself & think of your contribution to this conversation. I know I am using my experiences as a tool to educating people that don’t look like me nor share my experiences. The work continues.

Vernon François, the hairstylist for the advertisement, also made a statement on Instagram. He said that he’s disappointed that the young girl was ignored by the staff just because they weren’t experienced with kinky hair.

It’s essential that we have a conversation about this photograph from the @hm_kids campaign.  Before I begin, I do not have the facts, nor have I seen any statement by #H&M or the team who worked on this. This post is just an assessment based on all my years of seeing situations like this happen time and time again.  And its got to stop. This beautiful young girl’s #kinky hair appears to have had very little to no attention yet all of her counterparts have clearly sat in front of someone who was more then capable of styling other hair textures. My heart breaks imagining yet another girl from my community sitting in front of a mirror being ignored by the team around her, left to her own devices because someone didn’t know how to handle her texture. As if that’s not bad enough…. Prior to this campaign appearing this photograph will have been seen and APPROVED by countless ‘professionals'. Lets say conservatively 50 people. It’s breathtaking to me that not one person looked at this shot and had the same reaction that the internet seems to be feeling since the campaign broke.  THAT IS AN ISSUE.  We must do better.  Our girls, our young women deserve better.  Let this be a moment of learning. #Education is key #wehavetodobetter #vernonfrancois #Ignorance #blackgirlmagic #allhairisgoodhair

H&M isn’t the only company to find itself in hot water for advertisements. Dove’s Facebook ad for body wash from two years ago was deemed racist because a woman appeared to transform from black to white after using the product. And Kendall Jenner’s Pepsi ad from 2017 received backlash for offending the Black Lives Matter movement.

“[Companies] have to be extra careful. All companies need to be sensitive to other races,” said Nina Abnee, a public relations and advertising professor at DePaul University.

Social media followers can blacklist a company in the midst of such controversy. So far, that hasn’t happened to H&M.

“Public opinion would have a larger impact to cause companies to lose money. A single group wouldn’t be strong unless it spreads to the masses,” Abnee said.

Valerie Johnson, an associate professor and chair of the political science department at DePaul University, thought H&M’s advertisement was problematic because the model’s hair wasn’t groomed. She said that having people who are aware of social issues in the decision-making room could help companies avoid situations like these.

“In advertising and marketing, it pays to have people in house who are conscious of issues related to diversity,” she said. “If you have a Europe-centric point of view, then there will always be controversy.”

Johnson recalls a time when she went to a convenience store to buy pantyhose and she was unsuccessful because the store didn’t have any pantyhose for her skin tone.

“Big corporations aren’t concerned with the fact that this is not a one size fits all world,” she said.