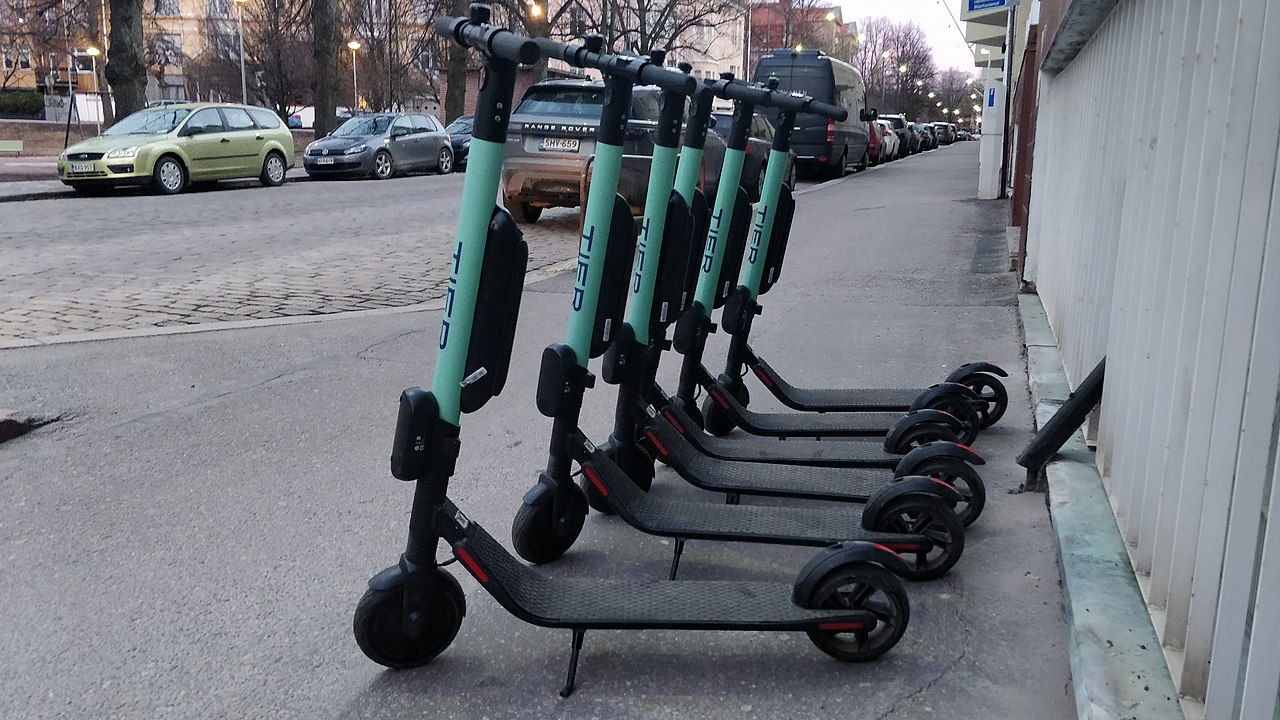 As analysis comes out about Chicago’s pilot program, debates rise about the equity, safety and sustainability of e-scooters in the city

E-Scooters had their rise and fall in cities across the nation. Now, Chicago’s evaluating its own scooter trial.

On June 15, the city of Chicago launched 2,500 electric scooters (e-scooters) from 10 companies into the streets for its E-Scooter Share Pilot Program, which ran until October 15.

On Tuesday, the mayor’s office announced that a second pilot program would be launched in 2020 to gain further insight into the potential benefit of the scooter program.

“Access to safe, accessible and reliable transportation is one of the city’s top priorities because it expands equity and strengthens our residents’ quality of life,” said Mayor Lori Lightfoot in a press release. The press release also said that the first pilot — now evaluated in a report released by the Department of Business Affairs and Consumer Protection (BACP) and the Chicago Department of Transportation (CDOT) and alongside the Center for Neighborhood Technology (CNT) — illustrated mixed results.

Two early studies conducted by DePaul University researchers Scott Smith and Joseph Schwieterman show that the introduction of scooters in the city could be a new key in the larger conversation about transit equity and the modes of transportation that people use to get from place to place in Chicago.

Smith and Schwieterman collected data in a 12-hour time frame on July 24, 2019, in a study entitled “A Day in the Life.” Their study showed evidence that the scooters could be “migrating” to divested areas of the city that generally have less access to traditional forms of public transportation, such as bus routes and ‘L’ stations, and fewer Divvy bike docks.

The study specifically used an economic hardship index comprised of variables from the 2017 American Community Survey 5-year estimates to analyze the use and distribution of e-scooters in Chicago. The study used this hardship index to focused on the pilot’s designated “priority areas,” areas on the far West Side with “less public transit and little to no Divvy bike access,” the study said. The companies in the pilot were required to place 25 percent of their fleet in the priority areas every morning.

The statistics offer the narrative that more people are leaving Near West Side (the area around the University of Illinois Chicago’s campus with a generally high level of income) than are ending up there.

Austin, West Garfield Park and Belmont Cragin were identified as also having high amounts of destinations (90, 70 and 63, respectively), followed by several other West Side neighborhoods, like East Garfield Park and North Lawndale. This data points to scooters potentially bridging a gap in transportation access experiences by people in these areas.

“E-scooters are everywhere, on every corner,” said De’ja Blackwell, a senior at DePaul and North Lawndale resident. “They’re in front of people’s houses, in front of buildings…literally everywhere.”

Blackwell said that the main distribution point in her neighborhood, a nearby Walgreens, runs out of scooters quickly.

“They go so fast,” she said. “They’ll be there in the morning, but if you go in the afternoon there might be only one left.”

This lines up with data from the “Day in the Life” study. In the span of the 12 hours researched, 37 percent of trips occurred between 7 and 9 a.m., with an afternoon peak from 5 to 7 p.m. representing another 23 percent of the trips that day. This suggests that people are likely incorporating the scooters into their daily work commutes.

Specifically, the beginning of people’s morning commutes and the end of their evening one, there is “a pattern consistent with the ‘first mile/last mile’ role of e-scooters,” Smith and Schwieterman write in the study. This “first mile/last mile” is the idea that scooters are not necessarily meant to be used for the entirety of a commute, as the average trip distance in the study was only two miles. But rather, the scooters can be most effective in completing a commuter’s trip that comprises mostly public transportation.

This means these trips are likely substituting a ride to the bus stop or train station, rather than a ride-share trip made by car or potentially a long, time-consuming walk.

Although the scooters aren’t the end-all-be-all solution to transit disparities in Chicago, they can be a piece of the solution to a larger problem.

“There is a view that anything that shifts people away from single occupancy vehicles and large cars is a good thing,” Smith said.

“I think having options is something a lot of people would like to have, and having options that are safe and people feel comfortable using,” he continued. “I don’t think –– whether it be scooters or other sorts of micromobility –– that they’re going to go away. I think people are sort of looking for that and we need to think of how we can accomodate them in the city.”

Although it’s unclear whether equity is actually a concern for the city or any of the pilot companies, the study concludes that the presence of the scooters is having positive effects on divested neighborhoods researched.

“It’s a lot cheaper than Uber,” Blackwell said. “When I’m going to a close area, it’s another option. I feel like it has definitely made that much easier. You can ride it to the bus stop so you don’t have to walk as far. There’s a Walgreens a half of a mile away, and the scooters get me there a lot faster.”

From Blackwell’s view, the scooters solve more than a transportation issue.

“In our neighborhood specifically, a neighborhood that is low-income and predominantly Black, it’s also something for people to do,” she said. “I see people using it transportation-wise, but a lot of kids are just using them to go back and forth from school or just to have fun. I live right by Douglas Park, and people would grab them just to ride through the park. I see moreso people 20 and younger using them for that.”

In communities on the South and West sides that have historically dealt with years of disinvestment and met the standards of the study’s economic hardship index, safe recreational activities can be important aspects of community empowerment and improvement.

“In these low-income neighborhoods, a lot of kids stand out in the street and do things they shouldn’t do. I feel like this sort of relocates that attention and gives them something that isn’t standing in the street,” Blackwell said. “It keeps them occupied and gives them something more productive with their time, even if it’s as simple as riding a scooter. We need to keep finding things that are in people’s income level for them to do in their neighborhoods.”

Although the scooters certainly diversify the transportation landscape, they are not a total solution to long-sustained transit inequities in large swaths of the South and West Sides.

“Is it even a just way to organize public transportation by saying: ‘Okay, we recognize we have a gap here, and instead of providing better bus service or train service, let’s try to fill them in here and let people figure it out?’” Smith asked. “It might not be economically as efficient or equitable that way, given that people are having to pay for the ride and the fact that it’s getting more expensive to ride scooters as the technology is changing.”

This was echoed by other South Side residents. Kahmara Terry, a resident of Woodlawn (which was not included in the pilot program), said that increased bus service in her neighborhood should be a priority when considering improvements to city transit.

“With the scooters and with other improvements, it always goes to some sides of the city and not others,” Terry said. “Bus waits are long in my neighborhood. At night, sometimes you wait 20, 30 minutes or even longer. It’s really hard for people who work the night shift or early morning, because you really, really have to plan ahead and sometimes you still wait half an hour. It’s not always safe to wait like that at night.”

Byron Pruett, who also lives on the South Side, said that cost is also a barrier to transportation.

Ultimately, the option to take a scooter to the train or to run an errand could be beneficial, but long-term transit equity will take a much more comprehensive approach.

“What happens when it gets cold? It helps for now, but once it gets cold, it’s completely taken away,” Blackwell said. “I think we definitely need more bus servicing. Something needs to happen as far as finding a way of transportation that can work in any weather.”