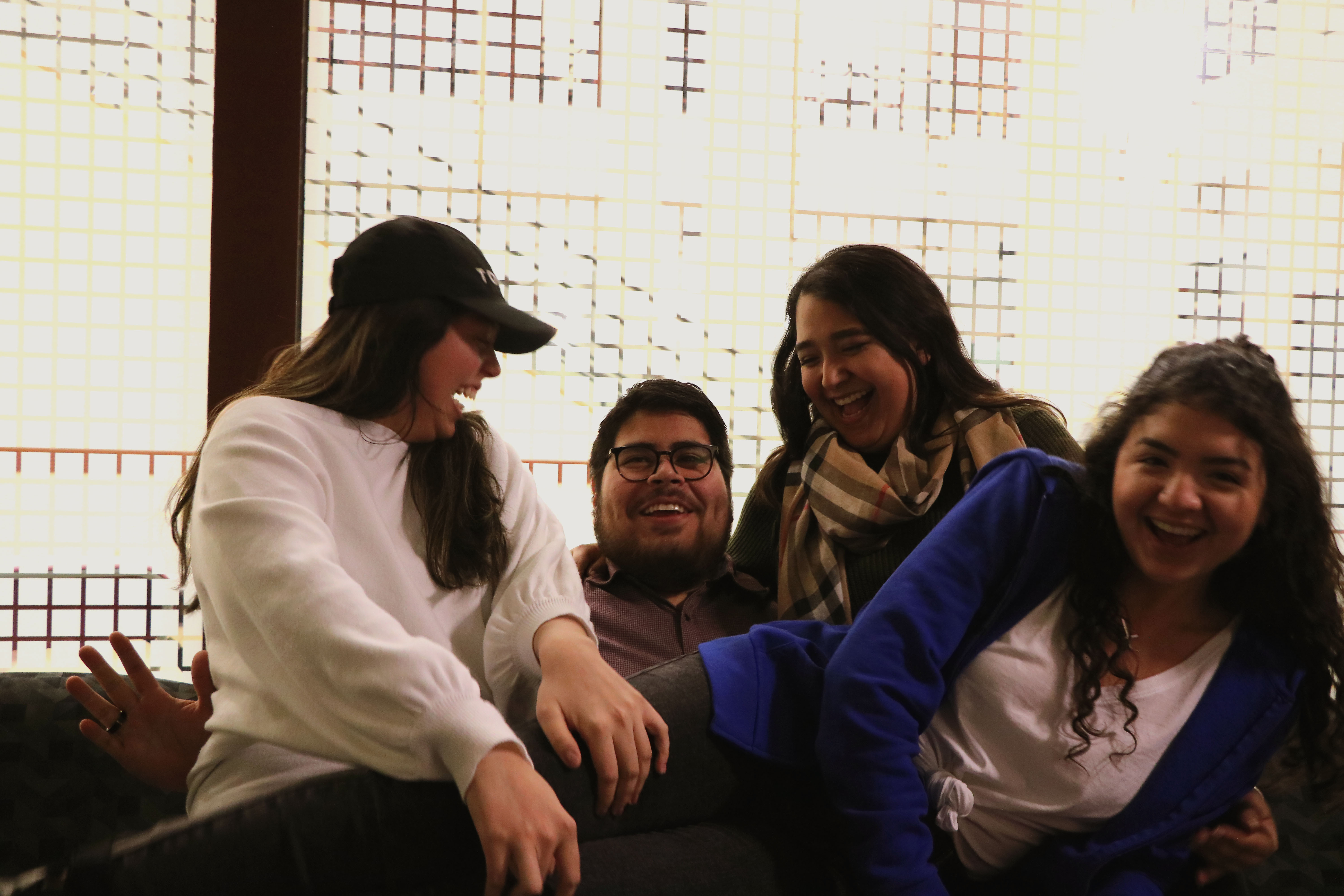 Finding a voice in the face of adversity

On a quiet Thursday evening in early February, I made my way to The DePaulia’s newsroom on the lower level of the DePaul Center downtown, following the sound of talking voices. I found the four editors of La DePaulia sitting around a computer, debating the translation of an article. After they finished their debate, the conversation shifted to the Super Bowl LIV Halftime Show performed by Shakira and Jennifer Lopez. It didn’t take long before they played a video of the performance, bringing La DePaulia staff out of their seats to dance along to it.

Although not every night is filled with dancing, the staff prioritizes fun as well as hard work. But above all, they make sure all they do, they do together.

Nearly three months have passed since DePaul University’s student newspaper launched its Spanish section, La DePaulia. A lot has happened since its first issue, but the primary goal of its staff has not changed: to increase the representation of Latinx voices in Chicago.

They didn’t know it then, but the story of the closure of one Spanish publication gave way for the foundation of another.

After the success of the article, Flores felt inspired to go a step further. She recruited Guerrero, Multimedia Editor Jonathan Aguilar and Opinions Editor Izabella Grimaldo. Together they worked tirelessly to create La DePaulia.

“We knew each others’ skills and what we can bring to the table, everyone is extremely talented,” Flores said. “We knew it was a good idea for us to push to have this Spanish section.” Although the launch was well-received by community members and Chicago media — including the Chicago Tribune, Fox and NPR, among others — the staff faced scrutiny. 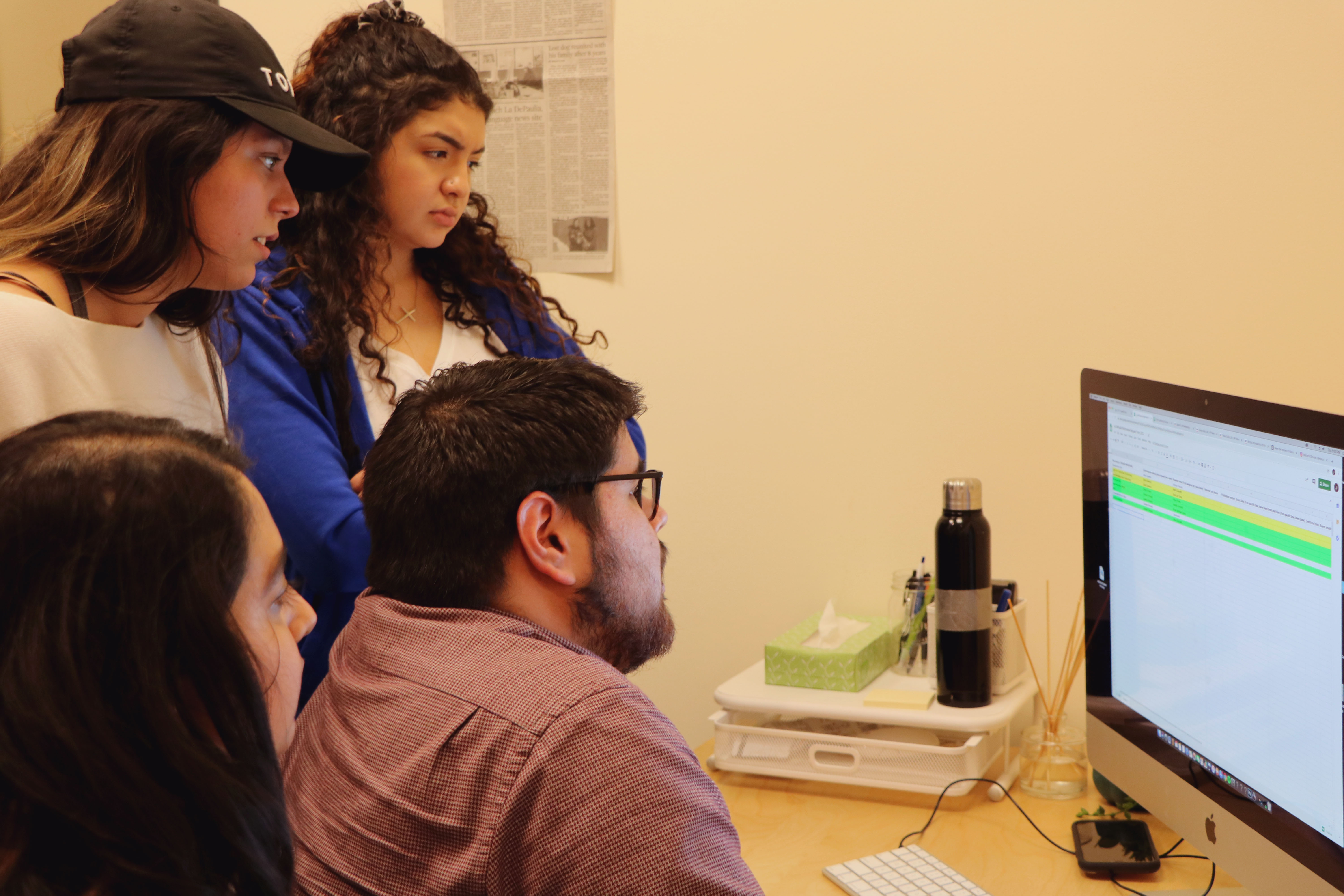 “The biggest challenge we’ve had is the hate from people in the public sphere,” said Aguilar.  “[They say], ‘Speak English’ and, ‘Why are they doing things in Spanish?’ but we have a supportive community in this school and this newsroom, from The DePaulia as well, but we’ll get that hate as we grow.”

Despite the continued backlash found online in the comments of their articles and in replies on Twitter, the staff works hard to stay focused on their goals.

While the staff faces their share of negative feedback, they continue to grow nonetheless.

Along with a partnership with Univision Chicago  — which features stories from La DePaulia — the staff has also grown in membership. They now boast eight staff writers and over 20 contributors and are looking to hire a sports editor. Additionally, in March they published the first of their monthly print section that contains a collection of stories from the previous four weeks.

However, the week after La DePaulia’s first print issue, the entire publication had to stop printing the paper due to significant university changes in response to the COVID-19 pandemic. Despite this, La DePaulia plans to continue the print section in the next school year and continues to report online amid the health crisis.

Although COVID-19 has provided an additional challenge to La DePaulia’s growth, the staff remains optimistic.

“We have gathered momentum and set a strong foundation of editors, writers, who play a crucial part,” said Guerrero. “We have set a great foundation with The DePaulia and working together.”

When it comes to their continued coverage of the Latinx community in relation to COVID-19, the staff plans to specifically highlight the impact COVID-19 is having on Latinx workers and businesses. They also plan to report on those who are helping the community by providing food and services to the Latinx population. 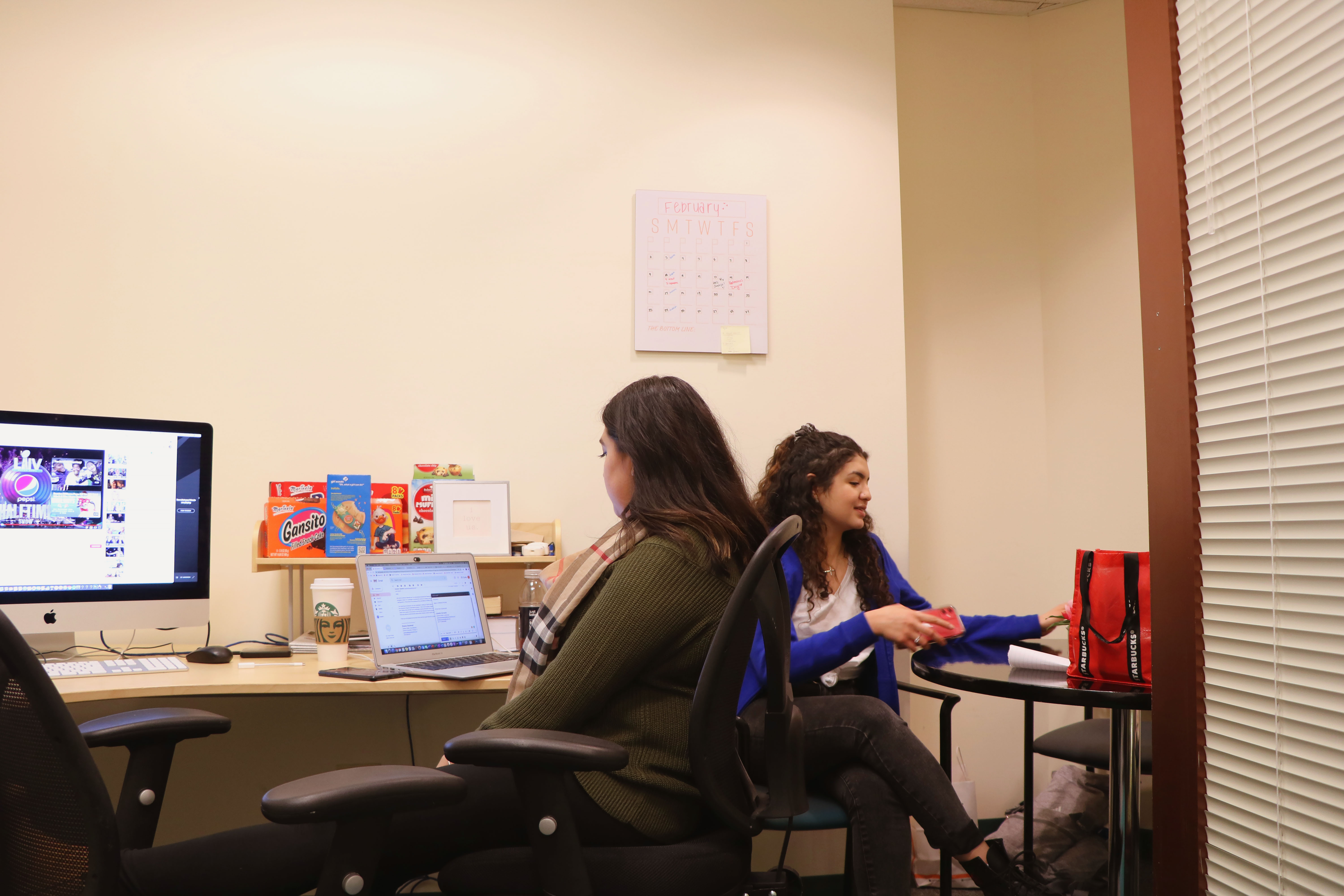 Whether it be discouraging comments from online viewers or a life-altering global pandemic, the staff of La DePaulia is determined to persevere. For them, La DePaulia is more than a job or a hobby, it is a passion and a source of inspiration and confidence.

“I feel like I’ve always known what I wanted to do, and I always wanted to be confident,” said Grimaldo. “This job makes me confident, confidence is key.”

Although the staff continues to face adversity, they never let it stop them from doing what they sought to do from the very beginning. They may continue to face obstacles but they plan on tackling them the same way they do everything: together.

“We write better when we work as a team,” said Guerrero. “It’s better because we’re a family.” 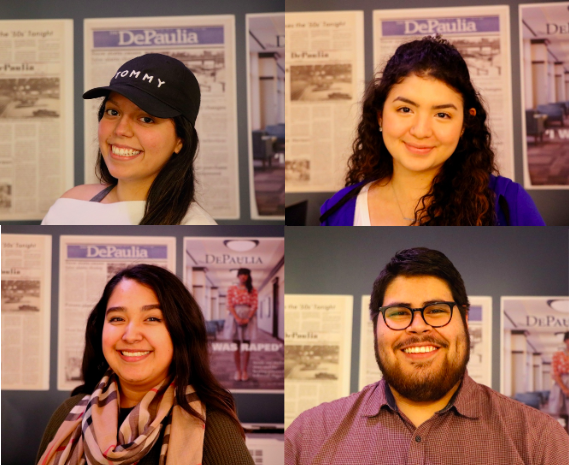