The Met Gala Must Go On 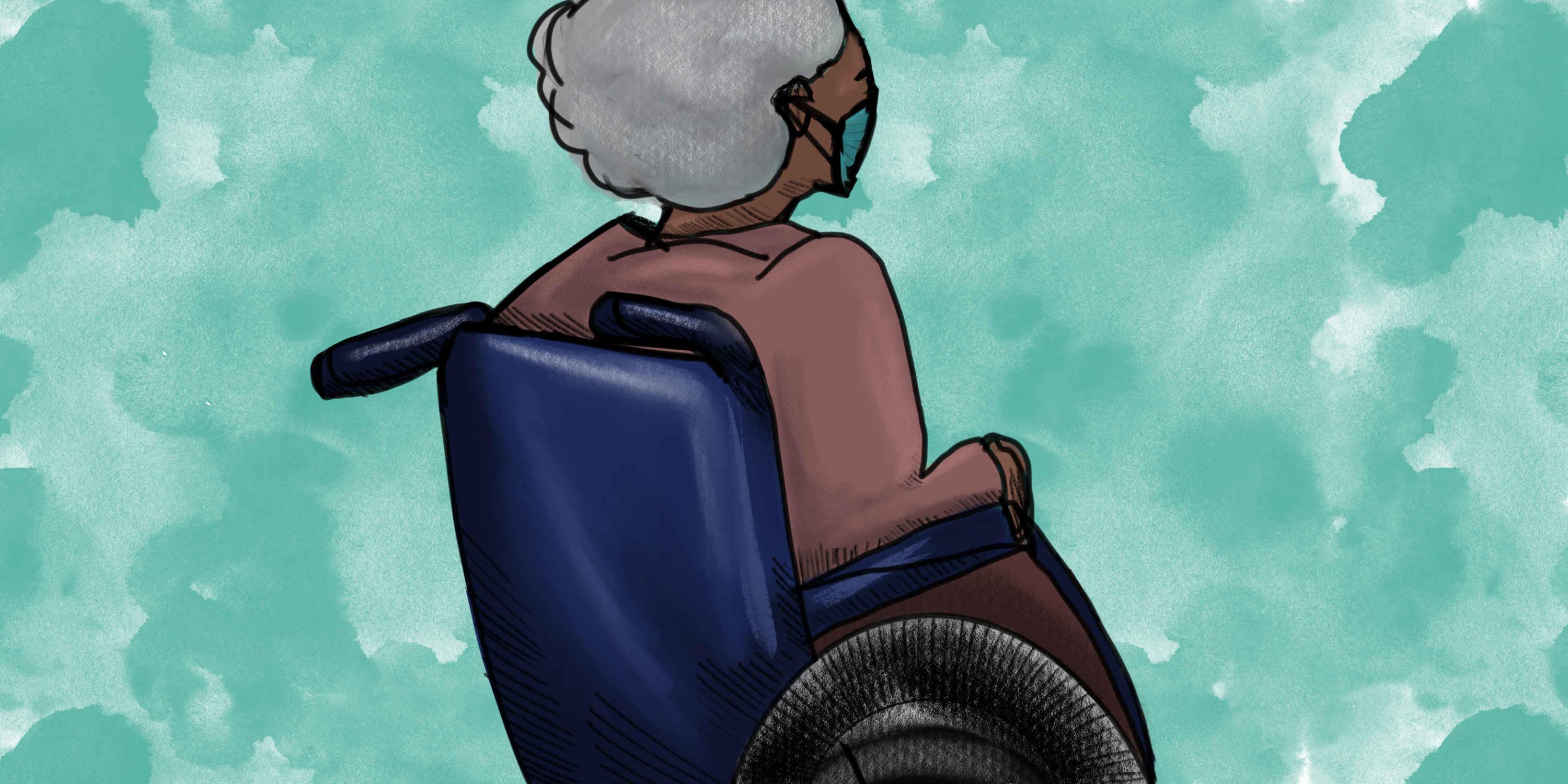 Nursing homes and long-term care facilities across the United States have been hard hit by COVID-19. As of May 11, a New York Times database showed 28,100 deaths among workers and residents with 153,000 total confirmed cases of the virus in these facilities, one-third of the total COVID-19 deaths in the United States.

Although numbers of infections and deaths are high, experts believe the initial spread was due to a lack of information regarding COVID-19 — including how it spreads and its symptoms  — along with structural issues in the health care system that have made nursing homes more vulnerable. These issues paired with lack of testing and personal protective equipment (PPE) at the start of the outbreak made it harder to contain the spread.

“Unfortunately, in places like nursing homes it is really difficult to isolate or quarantine or socially distance people,” said Cricel Molina, a public health gerontologist and assistant teaching professor at DePaul University. “It just takes one person who has the virus who does not know it.”

Outside of access to testing and PPE, facilities being understaffed is also affecting the number of cases, according to Dr. Fernanda Heitor, a geriatrician at Northwestern Medicine who also works at nursing homes across the Chicagoland area.

However, Heitor said the spread of COVID-19 in nursing homes where she works has stabilized with the influx of equipment and the rise in availability of PPE.

“There are a lot of restrictive measures going on right now: isolation, a no visitation policy – which is extremely hard,” she said. “We do have really rigid protocols now on use of personal protective equipment and hygiene protocols that are way above what was being done previously.”

Other Chicago facilities have implemented similar policies that have been successful in decreasing the spread.

Prentice Dixon, an administrator at Symphony California Garden Nursing and Rehabilitation Center in Little Village, stressed that the timing of the policies is critical.

“I think that how effective your policies are is based off when you implemented them,” he said. “We implemented the processes pretty early. Though we have had our issues and we have had some sick residents, I will say that for the most part I am pretty proud of the facility.”

As of May 15, Symphony California Garden had four deaths attributed to COVID-19, according to the Illinois Department of Public Health.

Telehealth visits have been beneficial  — a lot of the care Heitor now does in nursing homes is via video consultations. This was made easier by Medicare loosening restrictions on telemedicine, and has also allowed her to limit the amount of visits she takes to the facilities which, in and of itself, can help limit the spread.

However, there are some drawbacks of limited in-person interactions with patients, issues that are exacerbated by the lack of visitors.

“The big challenge here really is that we lose that personal approach,” Heitor said. “The really strict policy about no visitation in place: It is hard on the patient, it is hard on the family.”

Emily Skog, a receptionist at Symphony Residences of Lincoln Park, said that the new restrictions have in some ways made daily life difficult for the residents.

“The residents have been having a rough time,” she said. “A lot of them are still really upset that they can only talk to their families through the glass windows at the front. They cannot see them, they cannot hug them, they cannot hold their hands.”

Normal events have been complicated by the virus.

“A lot of our residents have had birthdays during the quarantine … so trying to figure out how to celebrate that while social distancing is a little tough,” she said.

The restrictions have also led to decreased group interactions.

“There are still lots of activities on an individual level, but as you can imagine it is not the same,” she said. “It is not like they are all congregating in a place and somebody is playing the piano or they are talking. Those used to be very good activities that could engage the residents.”

“There is not enough staff, so there are limitations on them being there for the patients all the time,” she said. “It is unrealistic. They are doing their best.”

Not only are the residents affected, but Skog said the pandemic has also had a major impact on staff.

“It has been a little stressful,” she said. “A couple people tested positive that have no symptoms, that are asymptomatic. It has been really hard especially on the nursing staff and the CNAs [certified nursing assistants] because a lot of them have been in and out.”

Because of the gaps, registered nurses have had to fill in for certified nursing assistants, an added weight in an industry already stretched thin.

Underlying issues in the American health care system have also made it difficult for nursing homes to cope with the COVID-19 pandemic, according to Dr. Raj Shah, a geriatrician at the Rush University Alzheimer’s Disease Center and the co-director of the Center for Community Health Equity.

“We have not recognized the full sense of the health care system and that it includes places like nursing homes,” he said. “I think it is the fragmentation of our current health system and ecosystem that affects the most vulnerable in the long run especially when we have crises such as the pandemic.”

Shah also said that state regulations make it harder for facilities to adjust to the spread of contagion and  also affects general emergency preparedness. Shah brought up non-COVID-19 related instances like hurricanes and power outages that have been detrimental to nursing homes and, like COVID-19, point to structural issues related to emergency preparedness.

“It is one of the more regulated areas of providing support, but sometimes the regulations are not aligned in the right way with what is needed,” he said.

The system has also not allowed for security for a lot of these front line workers, Shah said.

“Nursing homes are a place that has a lot of older, frail individuals under the care of people who are vulnerable themselves based on salary and socioeconomic status — for what we value as far as paying the people who provide care,” he said.

At the beginning of the outbreak, Shah conducted tests with a team of health care professionals at a nursing home on the West Side. While the initial interventions regarding testing were impactful, Shah said it was harder to maintain the efforts due to PPE concerns for health care workers. Shah said the lack of PPE in circulation at the beginning of the outbreak led to some of the early spread of the virus in Chicago.

“It highlights a weakness in our system that we have to keep working on and addressing and learning,” Shah said. “There were some attempts at trying to do the right things and separating out people who were COVID-positive in the nursing home and those who were negative, but the hard part is some of that involves transfers of people from one nursing home to another.”

The pandemic will also lead to new understandings of the issues of the American health care system as well as a better idea of how to deal with viruses like COVID-19.

“There will be a lot of lessons learned at the end of this, but one of the key lessons is we need to look at the most vulnerable components of our health care system and that includes workers in nursing home settings and home care settings,” Shah said.

Prentice Dixon noted that, although we do not have a lot of information yet regarding the future of COVID-19 and when/if a vaccine will be available, there does need to be a shift in how facilities are fighting the virus.

Shah puts the responsibility in the hands of the government, saying they will have to help fix some of the systemic issues of health care that hurt nursing homes in regards to emergency preparedness.

“We tend to think about the most important place to support in our health ecosystem is around our health systems themselves, the hospitals. Yes, there is an important need for capabilities in those organizations to support our neighborhoods, but we also have to think about the broader public health needs of these somewhat fragmented parts of our system that do not connect,” he said.

Another underlying issue in this system is the level of technology that is seen in hospitals, but that has not been translated to nursing homes.

The health care field in the United States over the last 15 years has seen a major influx of investment in technology to make systems more connected — seen notably in telemedicine during the COVID-19 pandemic, Shah said. This technology, however, has not been implemented to the long-term care facilities, where most are still keeping track of data on paper.

“There is no easy way to spot early changes in symptomatology because they are not connected with the entire ecosystem of data,” he said.

Shah also noted that many of the nursing home deaths may not be fully related to COVID-19 as reports have suggested that some residents may have refrained from going to hospitals due to the risk of COVID-19 infection.

“It is easy to just get caught in the number that there were a lot of cases, which there were,” he said. “Some of that could have been addressed with technology, but some it might have been decisions that we had to make in difficult situations between families and doctors about whether it was worth it for someone’s quality of life to move away from the nursing home with significant illness.”

Despite strains, nursing room staff are still working to remain positive while providing for residents.

“We have all been trying to implement little things to help us through the day,” Skog said.

Shah echoes these sentiments, emphasizing that the efforts of workers in these facilities needs to be taken into account.

“People did incredible things and acts of kindness and humanity to help individuals who were the most vulnerable and we just need to respect them,” he said. “I really do think that the people who do it day in and day out are trying to do their best for the people that are living in those environments with the constraints and the limited resources.”