New SGA Cabinet Looking to be ..

COVID-19 Has Independent Artists in the Midwest Wo... 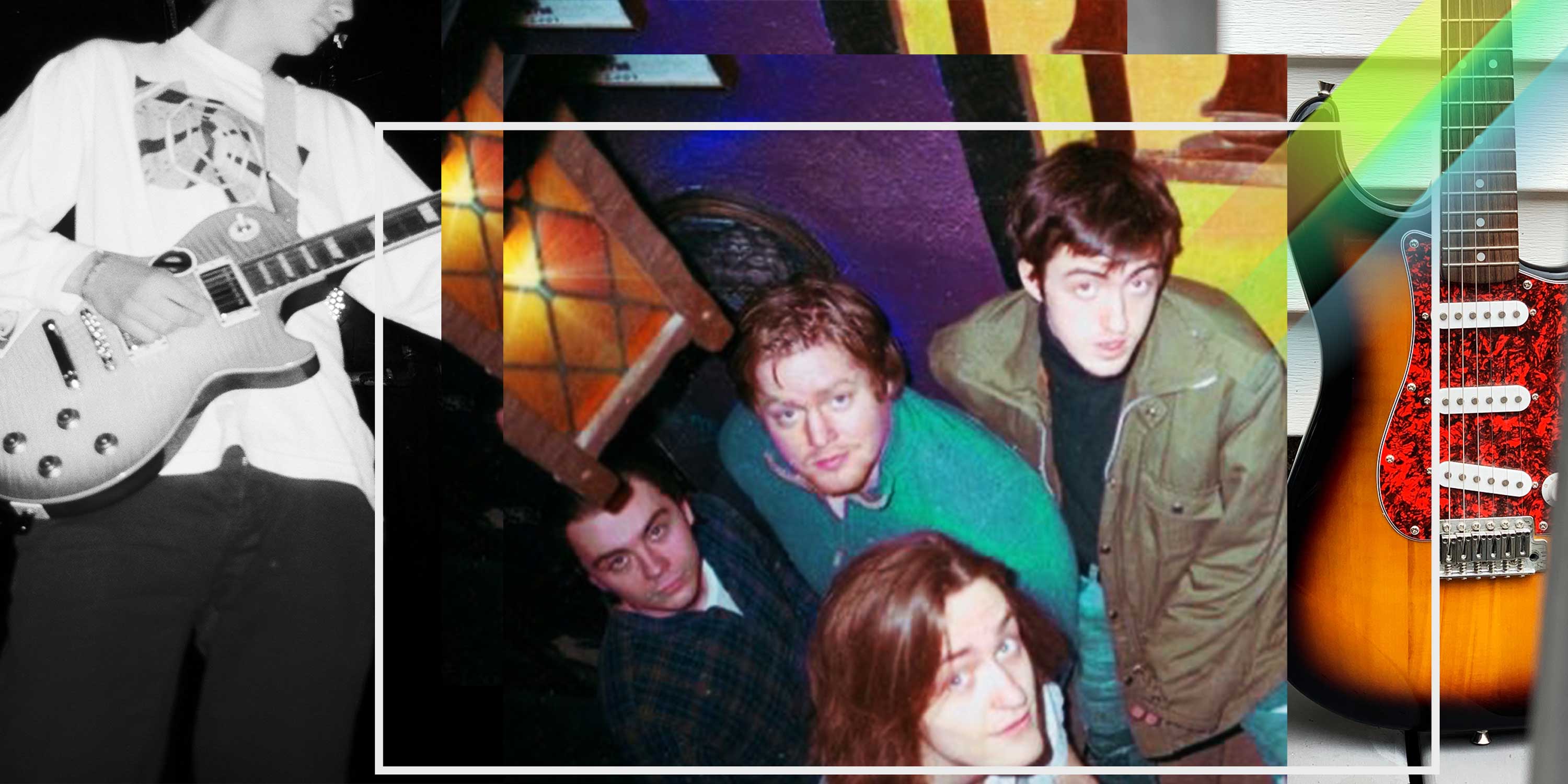 Every morning music fans and art consumers are waking up to the news of another prominent festival or tour cancellation. For many artists, Instagram Live appearances are becoming more common than live shows during COVID-19, and there is speculation that live music might be on hold in many places until 2021. Because of the social distancing necessities of fighting the spread of COVID-19, the music industry as a whole is in a limbo like never seen before. As a result, Midwest independent artists are working to remain creative and inspired while struggling to maintain their regular avenues of revenue.

Because of the shifting focus towards streaming music, many independent artists need persistent touring to survive in the music industry. Smaller-scale musicians, photographers, crew members and other indie artists make much of their living off of live shows and merchandise — not record sales or stream count. Because the demand for more intimate performance experiences has been higher in the past few years, ticket companies like Live Nation, whose profits doubled from 2017 t0 2018 alone, were booming before stay-at-home orders. Yet, independent artists still sometimes only get a fraction of those ticket sales. Being unable to tour elevates financial challenges for artists and creates widespread questions on the future of the DIY (do-it-yourself) art industry in the Midwest, where most states have entered their third month of stay-at-home.

Alayna Hoidal is a Minneapolis-based photographer and graphic artist. She focuses her artistic time on both graphic design and concert photography. Amid these turbulent times, she has been unable to do a lot of her freelance photography without live music. However, she is finding new ways to stay inspired while currently unable to get as much artistic exposure.

“Painting and continuing to do photoshoots through quarantine are two things that have kept me hopeful,” Hoidal said. “Inspiration comes and goes, but it fills me up knowing I, and other amazing artists, can still create and influence even when we are apart. Lockdown, along with its negatives, has opened up doors to pursue new artistic avenues. Seeing other artists’ work, from afar, has also been a joy.” 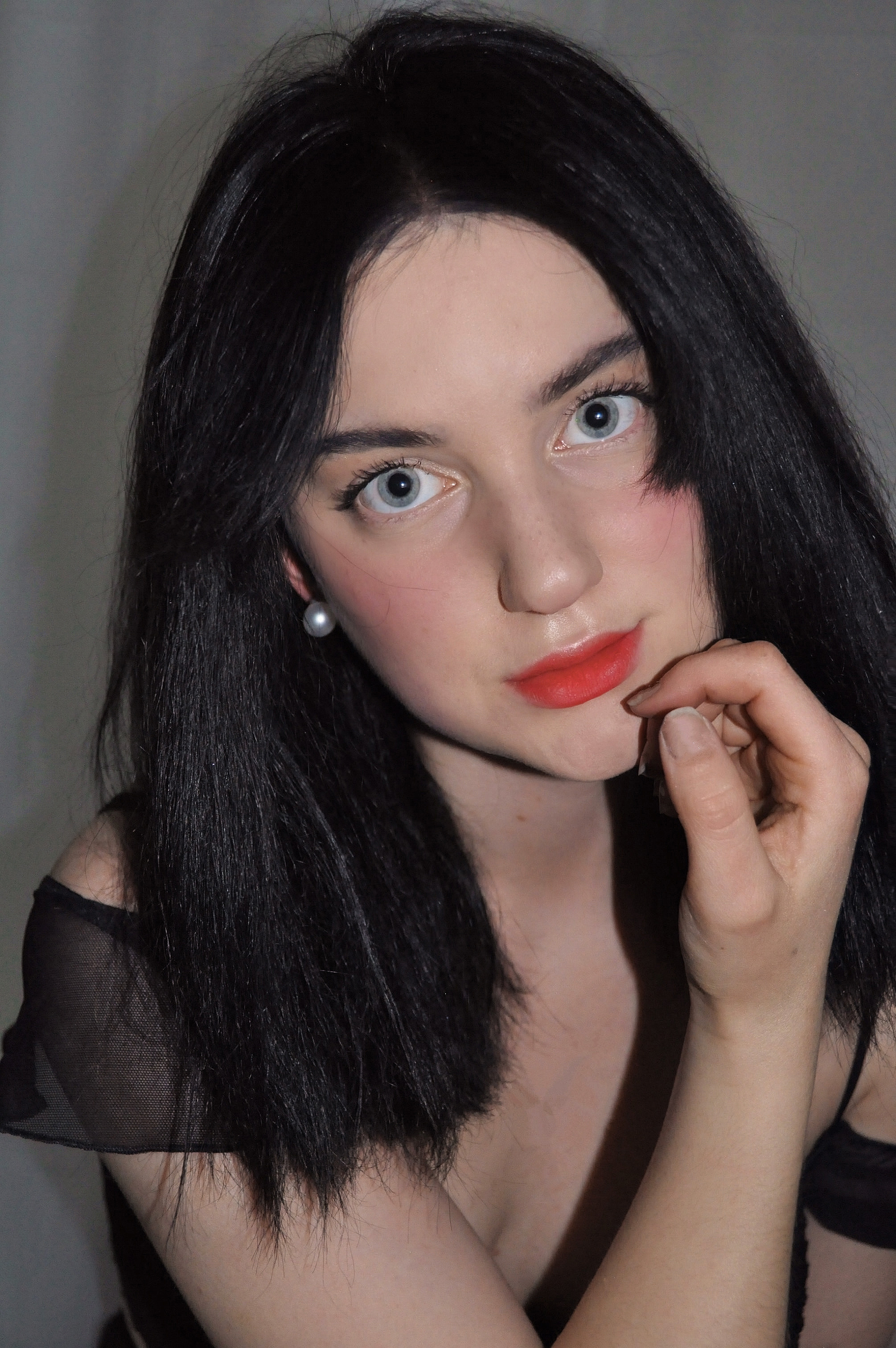 One of Hoidal’s self portraits from quarantine. Courtesy of Hoidal.

Hoidal has been doing self-portraits with a timer and FaceTime photoshoots with local models and musicians. Remote artistry like this has become one of the many new creative functions independent artists are utilizing to adapt to quarantine conditions. Though these efforts allow independent artists to keep creating during quarantine, independent projects nearly always pay dismally. While her graphic art is easier to commission, Hodial has had to use photography as exposure more and more frequently amid COVID-19.

So how can supporters and appreciators of local and independent art contribute to the creative processes and non-traditional forms of revenue?

“Support for your favorite musicians and artists can come in many forms,” Hoidal said. “Purchasing prints, vinyl, apparel merchandise, etc., is a great way to show your support for independent artists.”

If fans are unable to give monetary support, Hoidal also laid out other ways to promote artists’ work. “It has been said before, but promoting your friends’ projects costs zero dollars! Sharing artists’ music, photography and artwork on social media can make a massive difference; exposure is currency!” 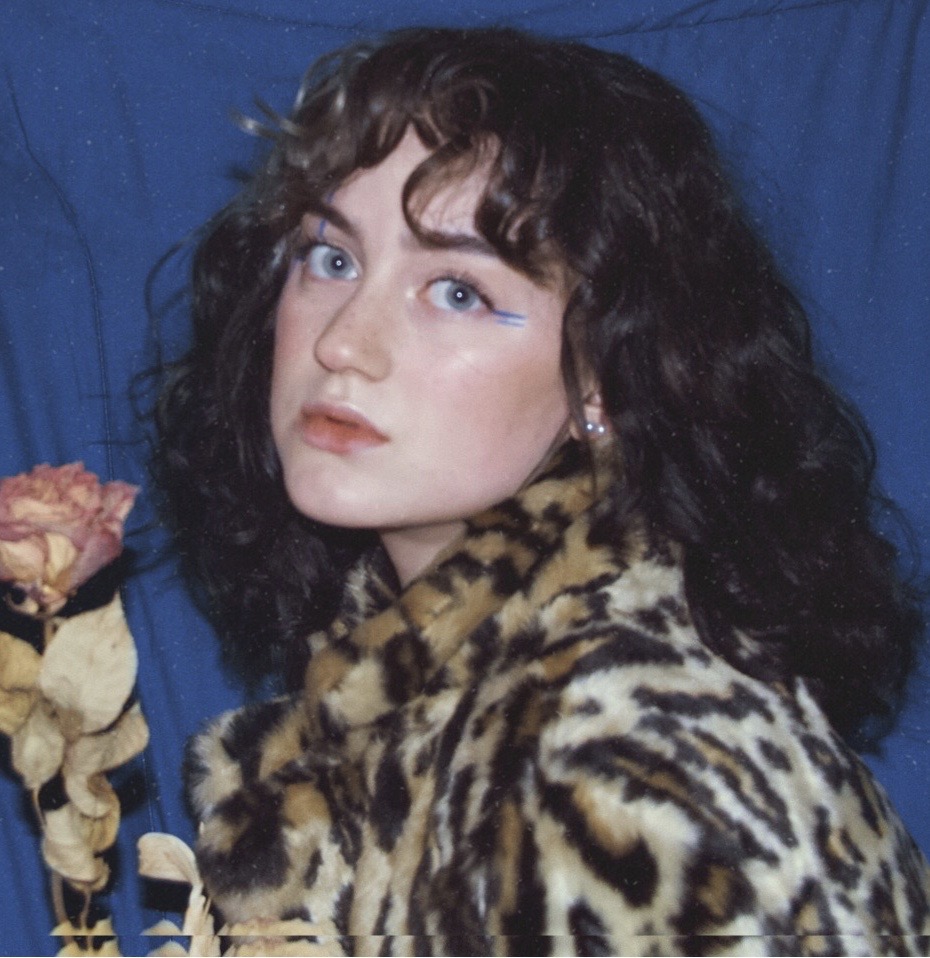 Hoidal’s self portrait. Courtesy of Hoidal.

Indie Musicians are Balancing Creation and Currency Without Tour Revenue

Although COVID-19 is an immense barrier imposed on blossoming artists, many of these artists have had more time to create.

“Sharing my art with the world is always amazing because I want others to have similar emotional connections to my music, but the whole reason I write in the first place is for myself,” Gabe Bostick, a Chicago-based musician and producer, said. “If no one ever hears my music, I would still write just as much as I do. So, I’d hope that social distancing has only helped indie artists to spend more time focusing on their music. Ultimately though, touring and playing shows were really important ways to spread awareness and make income for smaller artists because of how streaming and merch revenue eventually tapers off.”

Bostick has been making music since he was a senior in high school, releasing the album Young View under his own name. Bostick, a sophomore at DePaul University, now goes by the moniker “Sky Changes,” which he says comes from both his fluctuating musical influences and the ever-changing nature of life. When asked about his current quarantine writing process, he added further resonance to the plight and pleasure of being in isolation as a musician.

“For me, inspiration to write music has always been a problem,” he said. “Quarantine has definitely made some inspiration harder to come by, but I’ve actually noticed that such a world-shattering event has helped my songwriting and creativity a little. It’s a problem that everyone can relate to, so writing music about it seems like a perfect way to make sense of it.”

For Bostick, quarantine has brought more time for the organic creative processes to emerge, and it is taking shape in the upcoming release of more Sky Changes content. “I’ve been writing a lot of music lately,” Bostick said. “My inspirations are far and wide from Radiohead to Latin jazz to psychedelic rock. I just finished mixing a single called ‘New Shoes’ that I’m super excited about, and I’m gonna be releasing it on June 1. After that, I’ll be working on my first EP as Sky Changes.”

With more new music on the way and extra time to pursue his inspirations, Bostick is also focused on cultivating quality collaboration in the Chicagoland art scene with the creative collective he helped birth, PLAYHOUSE19. To support indie artists in the DIY scenes of the Midwest and as a whole, Bostick cited streaming and sharing.

“One of the major benefits of the music industry, however, is that people will keep listening to music in quarantine,” he said. “Directly supporting an indie artist through patreon or something is super beneficial, and keep streaming and sharing, that is the most direct way you can support a smaller artist.” 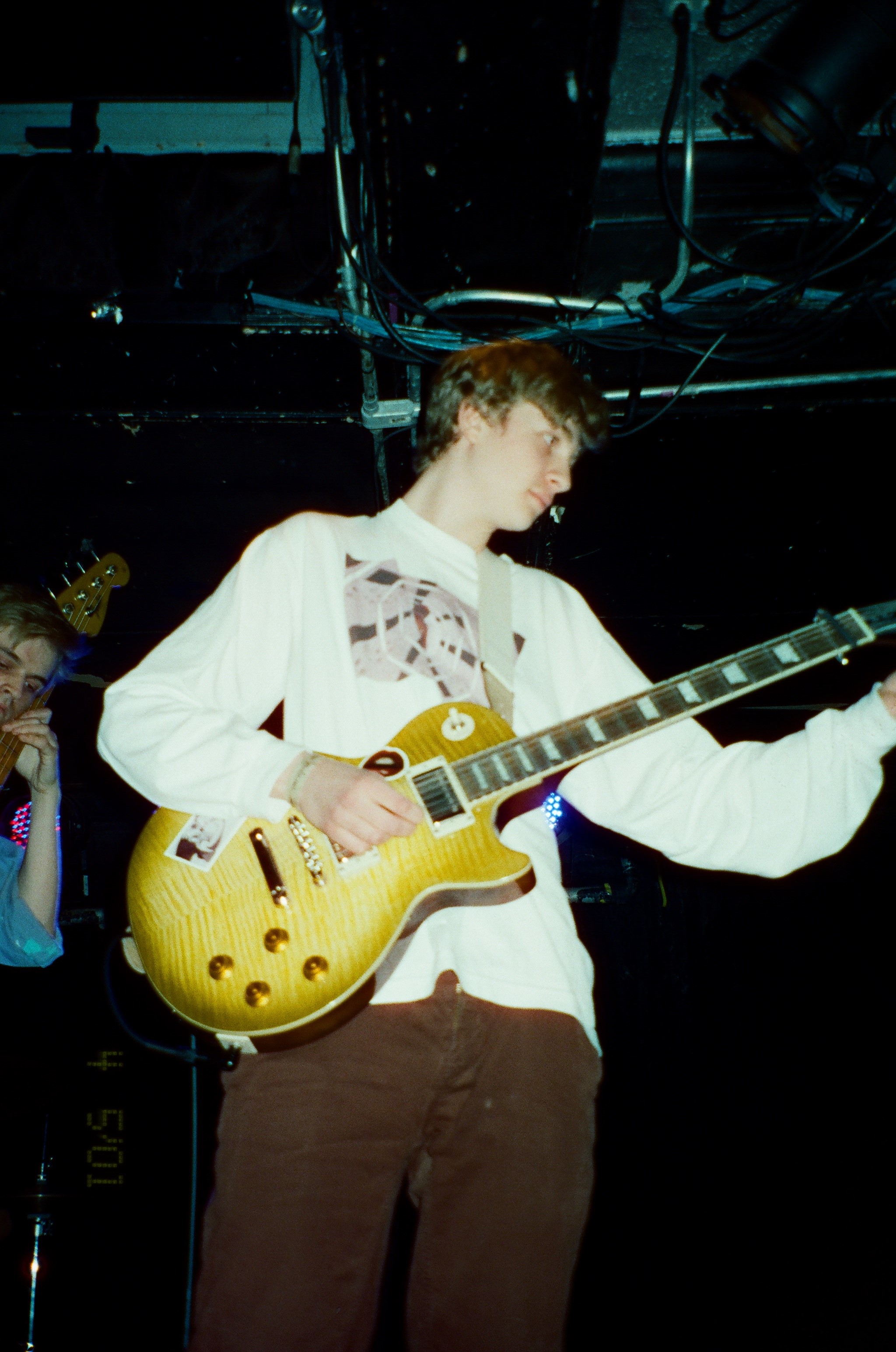 Gabe Bostick tuning his guitar at Subterranean last year. Photo by Will Wehrwein.

Keeping Momentum as an Upcoming Indie Band During Stay-at-Home

The momentum that a local artist needs to gain affluence and success takes years of hard work and exposure in the Midwest DIY scene. However, Bostick and Hoidal alluded to a common truth: exceptional artists work on their art for more than fandom and profit, whether it be love of the product or love of the artistic process. Still, the difficulties of gaining a substantial following are not lost on anyone pursuing an independent art career.

“One of the main troubles for lots of independent musicians is the inability to be at their ‘day jobs’ and, therefore, they aren’t making enough money to support their musical endeavors,” said Dylan Woytcke of NATL PARK SRVCE, a Minneapolis-based indie rock band. “It is really frustrating, in such a strange and scary environment like a pandemic, to not be able to have those creative outlets. Lots of local bands, friends of ours, had to cancel or postpone recording time, which makes keeping up a presence in the local scene really rough.”

Thankfully though, NATL PARK SRVCE is still able to record and make music despite the circumstances. “We’re definitely in a unique position as a band because we all individually have the means to record ourselves. Our new EP An Ending of Sorts, For, was finished before complete lockdown, and our debut album recording sessions only got postponed, so we really lucked out.”

NATL PARK SRVCE is made up of Dylan Woytcke, Nathan Zillmer, Jared Leger, Sam Tudor, Wes Muilenburg, and Joe Keyport. A self-described “indie rock” band, their sound ventures into different shades of rock and alternative, and they blend youthful energy with clever lyrics. They formed in late 2018 and have been releasing music consistently since then, including four EPs and a debut album on the way that is set to be recorded in June. However, like Bostick and Hoidal, they not only rely on touring and live music to survive as artists, they also find live shows as a main source of inspiration for creativity.

“We all really miss the social aspects of playing shows. They’re kinda like a big hangout. As musicians, we are constantly being inspired by the different groups around us and the feeling of community in the DIY Minneapolis scene is unmatched and greatly missed by us all.” 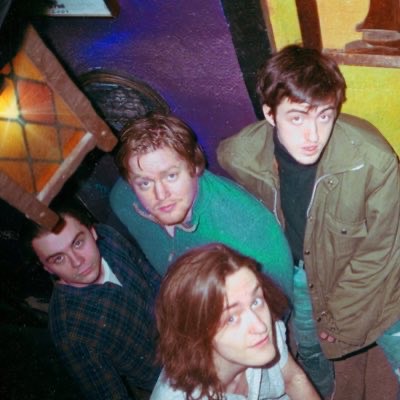 NATL PARK SRVCE. Photo by Alayna Hoidal this winter at a show.

Tragically, it is not just independent artists that are in financial trouble due to the lockdown. There are numerous other facets of the Chicago and Minneapolis local independent art scenes affected by the new threat of shuttered independent venues, including audio engineers, producers, photographers and record store employees. Therefore, whether the lockdown ends this month or next year, the future of independent artists hangs in an uncertain balance. For many, live music and art is a way of life. The Midwestern DIY scene provides a special home that is missing during COVID for artists and fans alike.

“Mostly, I think the absence of experiencing and capturing live music has reminded me that ‘home’ is the people you are with, more than it is a particular place,” Hoidal said. “Until it wasn’t an option to experience the raw glory of a basement mosh pit or scream lyrics back at my favorite local band, I didn’t realize how much I would miss capturing the unity it created within the scene. Live music is connection. I miss that the most.” 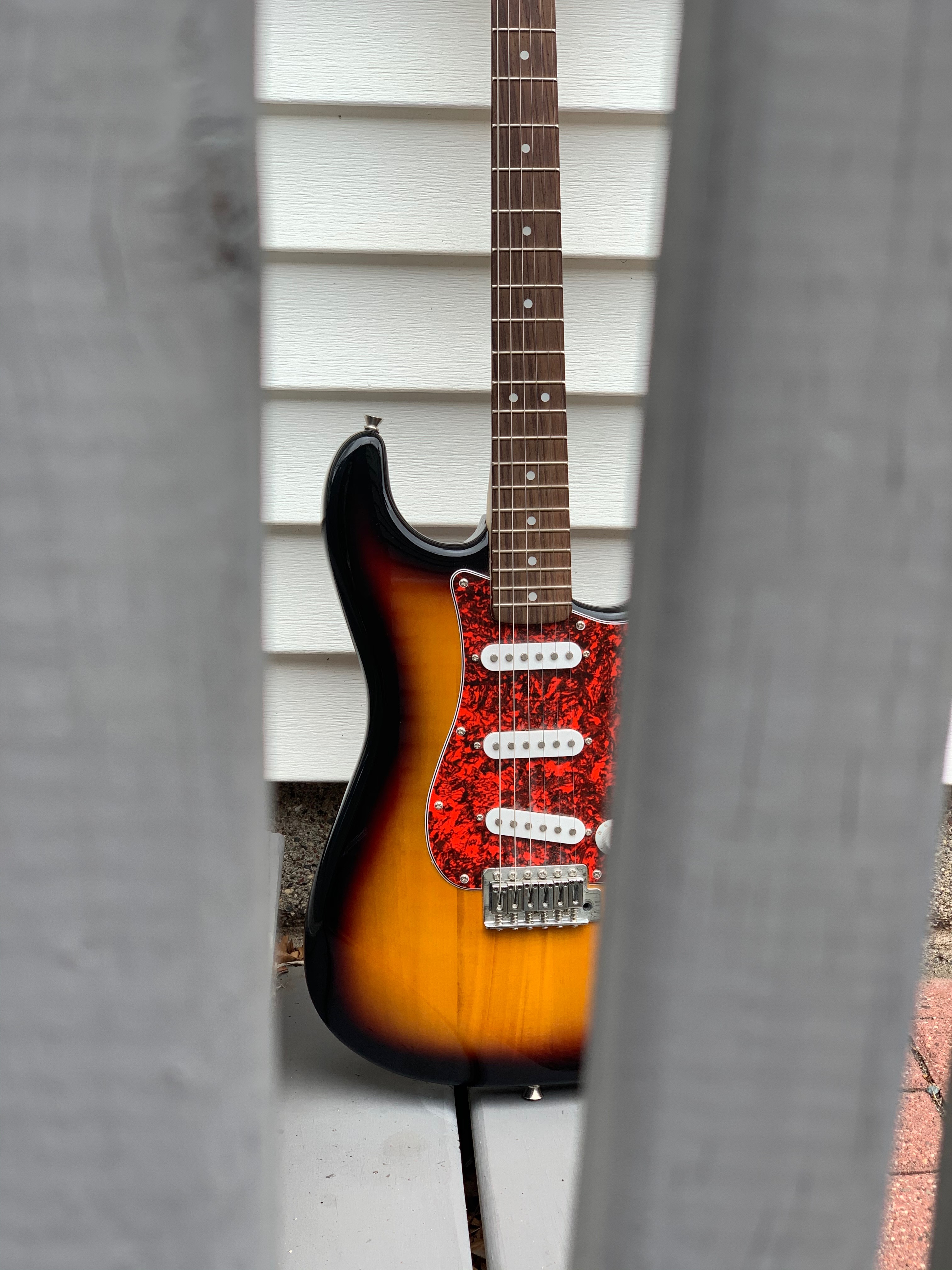 Through these dispiriting times, multiple organizations and collections of artists are trying to tackle these issues. Each independent artist is dealing with their own set of turbulent circumstances, though, and those looking to immediately support individual artists can start by visiting their social media profiles, buying their individual merchandise and spreading the word about their music. The future of the independent art industry remains murky, but as long as it is physically possible, indie artists of the Midwest will always continue to create.