Pandemic Mutual Aid in Chicago: a Year of Neighbor... 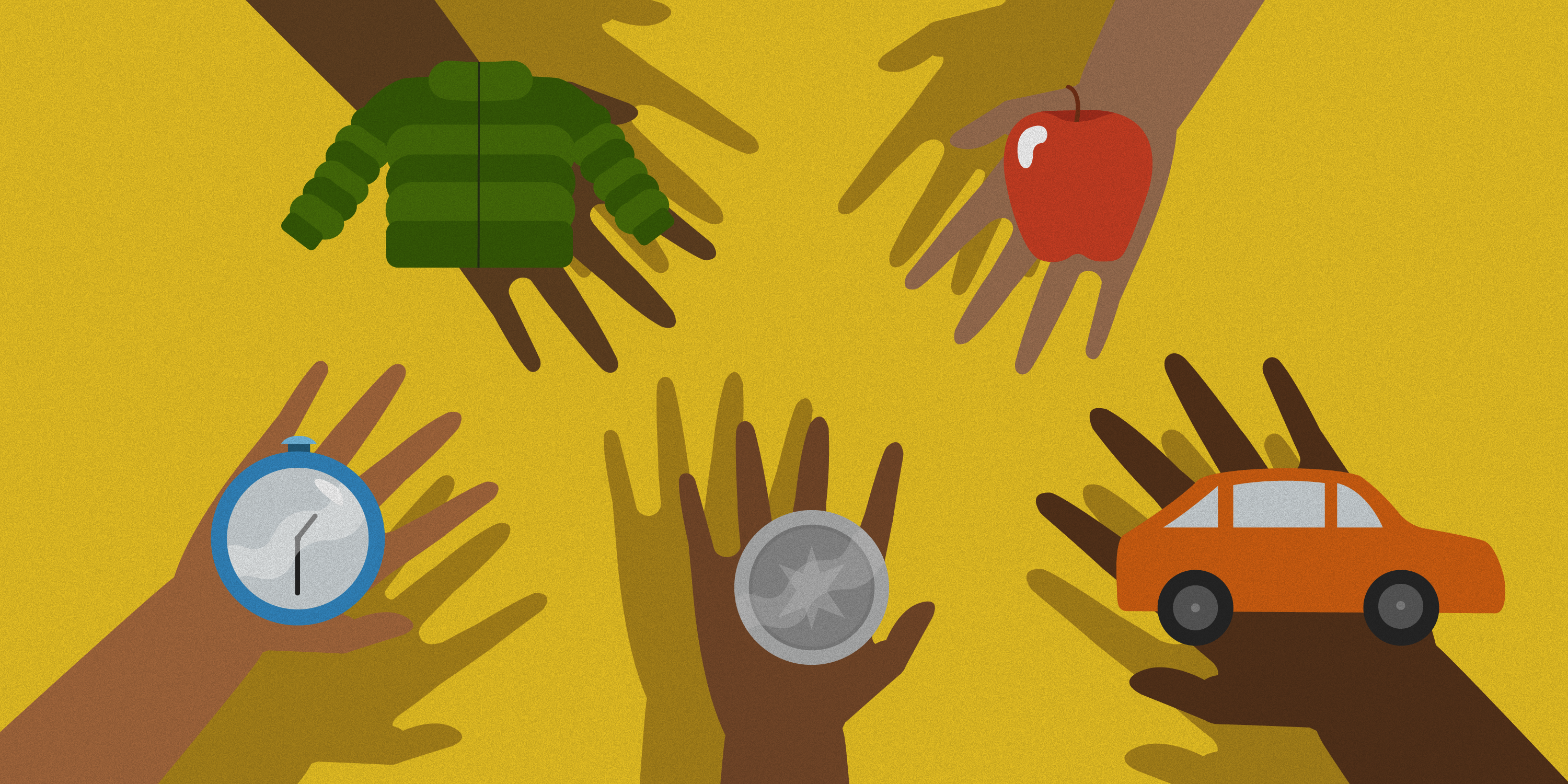 Fresh produce, canned fruits and warm tortillas greet community members at St. Nicolai United Church of Christ in Avondale May 5. The Northwest Side Solidarity Network (NSSN), a mutual aid collective born of the pandemic, has been hosting its Wednesday Markets here for nearly a year. As always, everyone is welcome to take as much as they need.

On its surface, free supply distribution like NSSN’s Wednesday Market appears like other nonprofit or charity initiatives to address food insecurity during the pandemic. However, with mutual aid, operating outside of those systems is as central to its mission as providing free diapers.

“This is connected to an anti-capitalist agenda and creating systems of support for one another that aren’t reliant upon the state or long-term government assistance,” said Stevie Schakowsky, a Lakeview resident and NSSN volunteer.

Mutual aid, a means of political participation centered on community self-sufficiency, is a model spreading across Chicago in response to the pandemic. Volunteers give what time, effort and money they can for the benefit of the community. For NSSN, that looks like grocery and baby product distribution through its Wednesday Markets.

Without nonprofit certification or licensing from the state, NSSN isn’t eligible for aid from government programs and many official channels. Though certification would provide easier access to resources, NSSN’s lack of official standing in the nonprofit world is by choice.

“We’re not trying to work within the capitalist system, and [are] trying to form partnerships and relationships outside of that,” said Becky Lyons, a Mayfair resident and NSSN volunteer.

“Becoming certified and going through some of these formal channels are things we don’t want to do if we can help it.”

The Department of Agriculture’s Farmers to Families Food Box distribution program, initiated in March 2020, has distributed 132 million boxes of food to official food pantries across the U.S. Though unable to receive aid directly from the USDA, NSSN depended on extra boxes donated from nearby food pantries to feed the community. When federal funding for the distribution program dried up at the end of December 2020, organizers scrambled to find new means of feeding the Northwest side.

“We’ve really tried to take a step back and be more intentional with our purchasing,” Lyons said.

“Capitalism teaches us to be very individualistic, and mutual aid is very much about connections, networks and building coalitions.”

Donated funds thinned out as the months progressed. NSSN started to rely on locally-grown produce and the corner store across from St. Nicolai Church  for fresh eggs. Everything else on the table is a mix of donations and food spared from grocery store dumpsters.

Beside its commitment to supporting local businesses, NSSN prioritizes collaborating with other aid groups across the city. “Capitalism teaches us to be very individualistic, and mutual aid is very much about connections, networks and building coalitions,” Schakowsky said.

“It’s a great balance of being involved locally, helping build up my own community close to me, but simultaneously supporting the areas of the city that have been most marginalized,” Lyons said.

Since March 2021, when the organization began tracking their statistics, NSSN has served approximately 80 households and 330 individuals at each Wednesday Market.

“This pandemic has made that very clear that the government and the powers that be could care less about BIPOC communities, and they are not doing everything in their power to make sure that we all make it out of this okay,” said Brittney Thomas, director of programs with the Brave Space Alliance.

The BSA’s Trans Relief Fund hinges on community donations to provide direct monetary aid to transgender people of color impacted by the pandemic — no questions asked. In the fund’s opening weeks, it received over 800 requests for aid. As organizers worked to meet each, requests soon outpaced community donations.

The Trans Relief Fund paused fund distribution to regroup and fundraise. Today, its organizers are working to distribute $20,000 to eligible Chicagoans. It has also expanded its mutual aid offerings to include Crisis Food Pantry locations across the South Side, a Sex Worker Safety group and Financial and Housing Stability Program.

For many, mutual aid is key to solving not only immediate community issues, but building new societal structures. To Schakowsky, the community they’ve formed through NSSN gives them hope for the future.