How COVID Changed Them: The Pa..

Finding Community Through Sports and Recreation

Spirit of The Game: How Ultima..

Finding Community Through Sports and Recreation 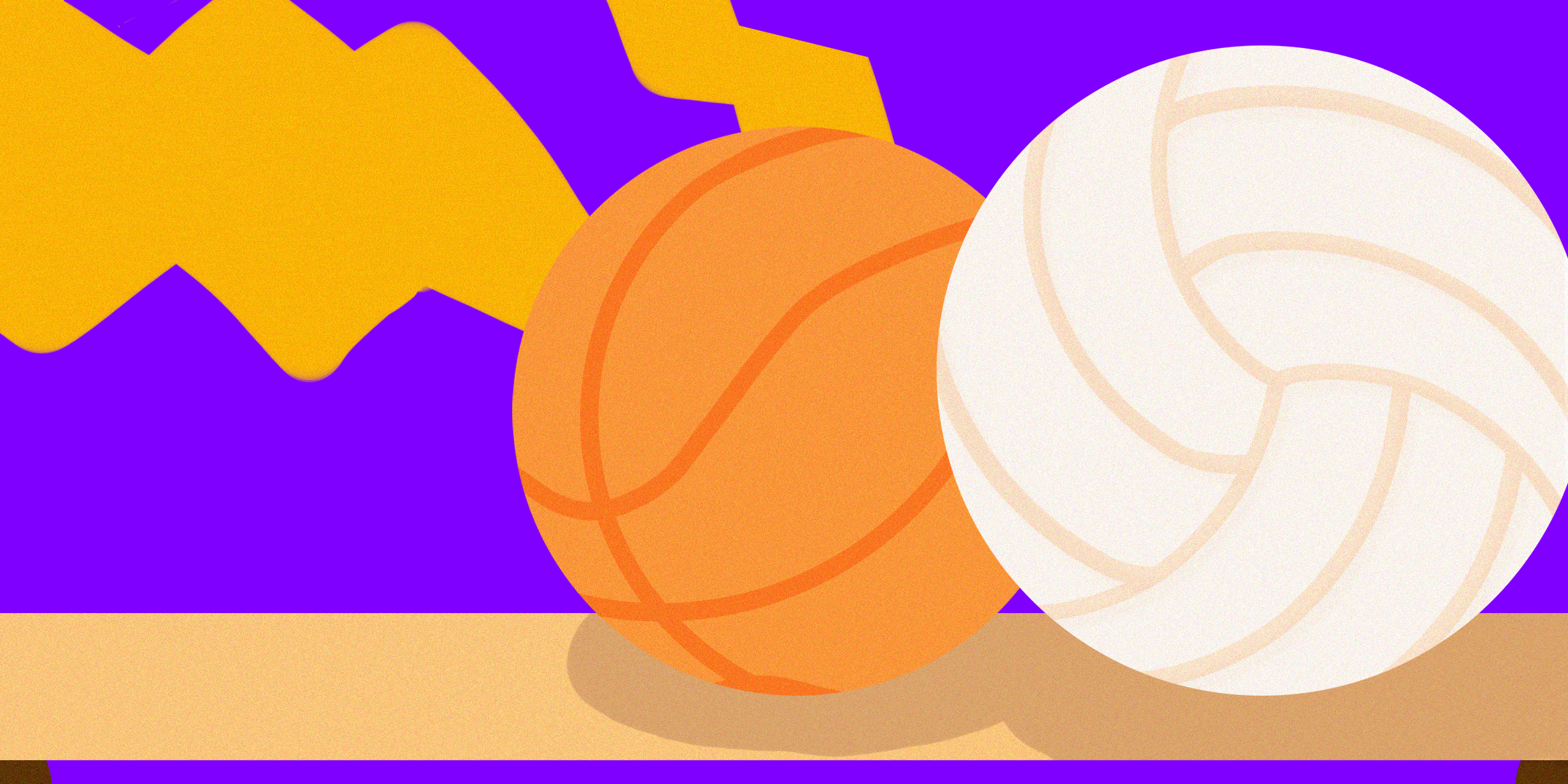 Many young adults are turning to adult sports leagues and groups to meet new people out of college.

Finding community after graduating from college can be hard, especially when so many people are working from home. One way some young adults are trying to meet new people in Chicago is through adult sports leagues and recreation.

People can join these leagues with their friends to play against other teams in the city or they can join as an individual and get grouped with others at their desired location and experience level.

Chris Hastings is the president of Chicago Sport & Social Club, an organization that runs some of the largest adult leagues in the city. He says that their sports leagues have 70,000 participants in the city, made up mostly of 21- to 35-year-olds.

Hastings explained that in addition to the physical benefits of playing sports, there are large social benefits. “The interaction [people] have with their teammates [or] with other people that they meet, meeting other people is another big one, ultimately becomes the reason they love doing it,” said Hastings.

A Harvard study from 2015 found that sport leagues improve participants’ social lives, mental health and overall enjoyment. These benefits are likely part of the reason why many people in the city join them after entering the workforce.

Ally VanDellen is a sports monitor at Chicago Sport & Social Club and a former Loyola University volleyball player. She explained how sports leagues give players the opportunity to meet new people and build friendships.

“I feel like it’s really hard to meet people nowadays, especially with COVID. It’s like the only place you could meet people was bars and I hate that,” said VanDellen.

Meghan Waldron and Will Stewart are two friends who met through adult volleyball leagues after graduating from university a couple years ago. 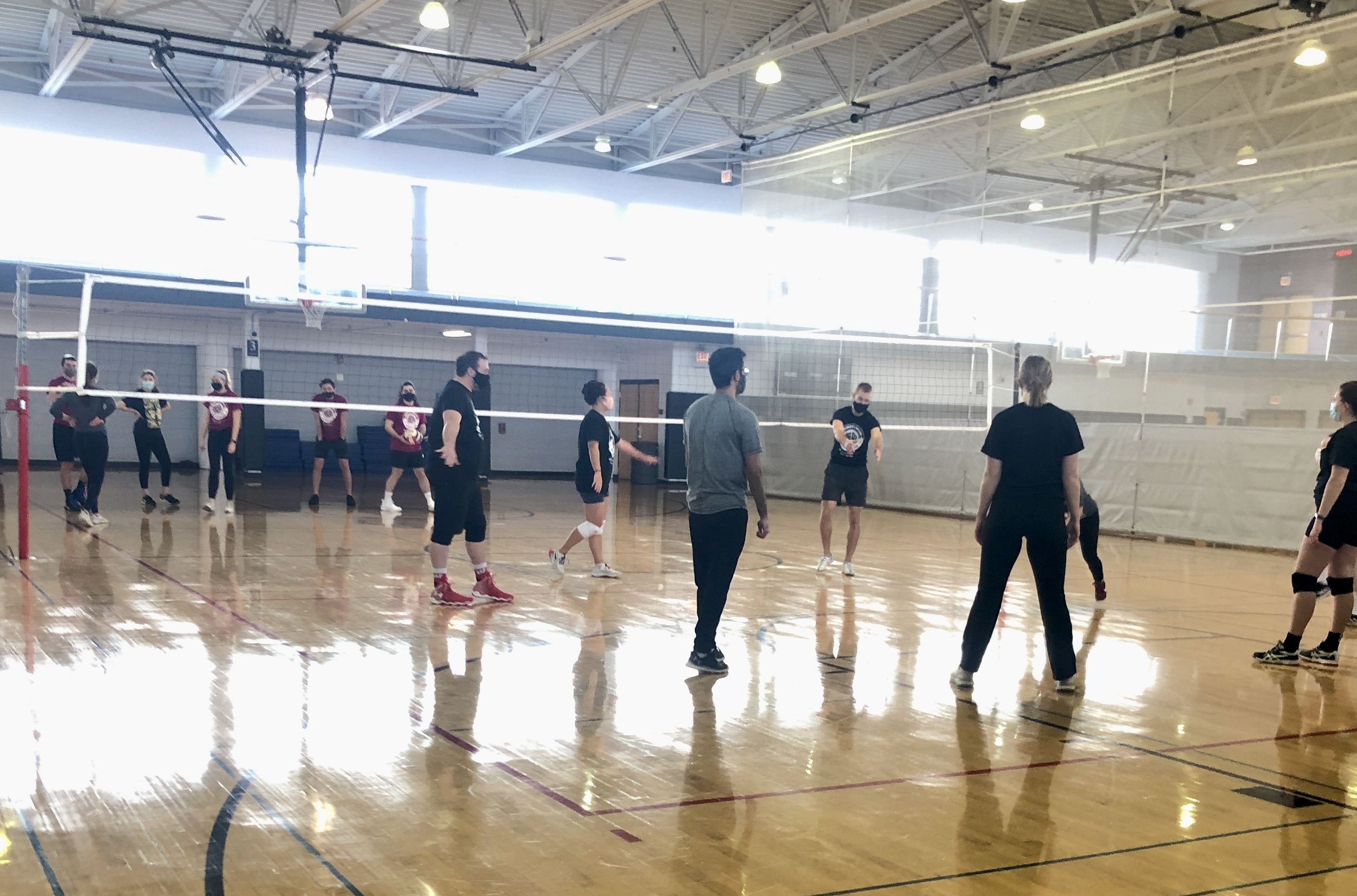 Waldron was a former basketball player at DePaul University who joined leagues to stay active. “I grew up playing sports, so it’s always fun to do something that’s active, and then also just building a community of friends in Chicago,” said Waldron.

After graduating in 2018, Waldron ended up making friends like Stewart through the league. The two now play on the same volleyball and beach volleyball teams every year. Stewart started playing in a work league, and when that ended a few years ago, he decided to join a volleyball league with a team of people he didn’t know.

“It’s nice that [the sports leagues] organized stuff for you. It’s a little bit better than trying to find your own games or play pick-up,” said Stewart.

Stewart and Waldron also hang out with their other team members on game days.  Leagues like Chicago Sport & Social Club often have bar sponsorships so that after weekly games teams can go out at a discounted rate. “Our team right now has been great. We go out afterwards, like last time we went to a bar and today we might be getting brunch,” said Waldron.

Some people, like Grant Smith, who moved to Chicago four years ago for work, also join sports league teams with their friends and acquaintances. He joined a basketball team in a Chicago Sport & Social Club league. His team, which meets at the Ray Meyer Fitness Center, comprises his friends and some friends of friends he hadn’t met previously.

Although Smith has only been in the league since January, he already sees some of the physical and social benefits. “I get to have a little bit of a competitive atmosphere outside of just hitting the treadmill or going to the gym in the non-sporting or competitive fashion, and I get to spend hours with friends,” said Smith.

While many people have made friends through sports leagues or recreational activities, some have also met romantic partners.

“At least a couple per year lets us know, ‘Hey, I’m getting married, and I met my significant other through your leagues,’ or, ‘It’s our anniversary, and then this is how we met,’ that type of thing,” said Hastings.

Rahul Noronha and Annie Roessler are a couple who met through an adult sports group. They joined a longboarding Facebook group in Chicago that hosts rides and meetups.

In 2020, Noronha and Roessler both attended the same meetup for an over 15-mile longboarding ride. Roessler was hesitant to attend the meetup at first, but was glad she decided to, since that’s where she met Noronha. 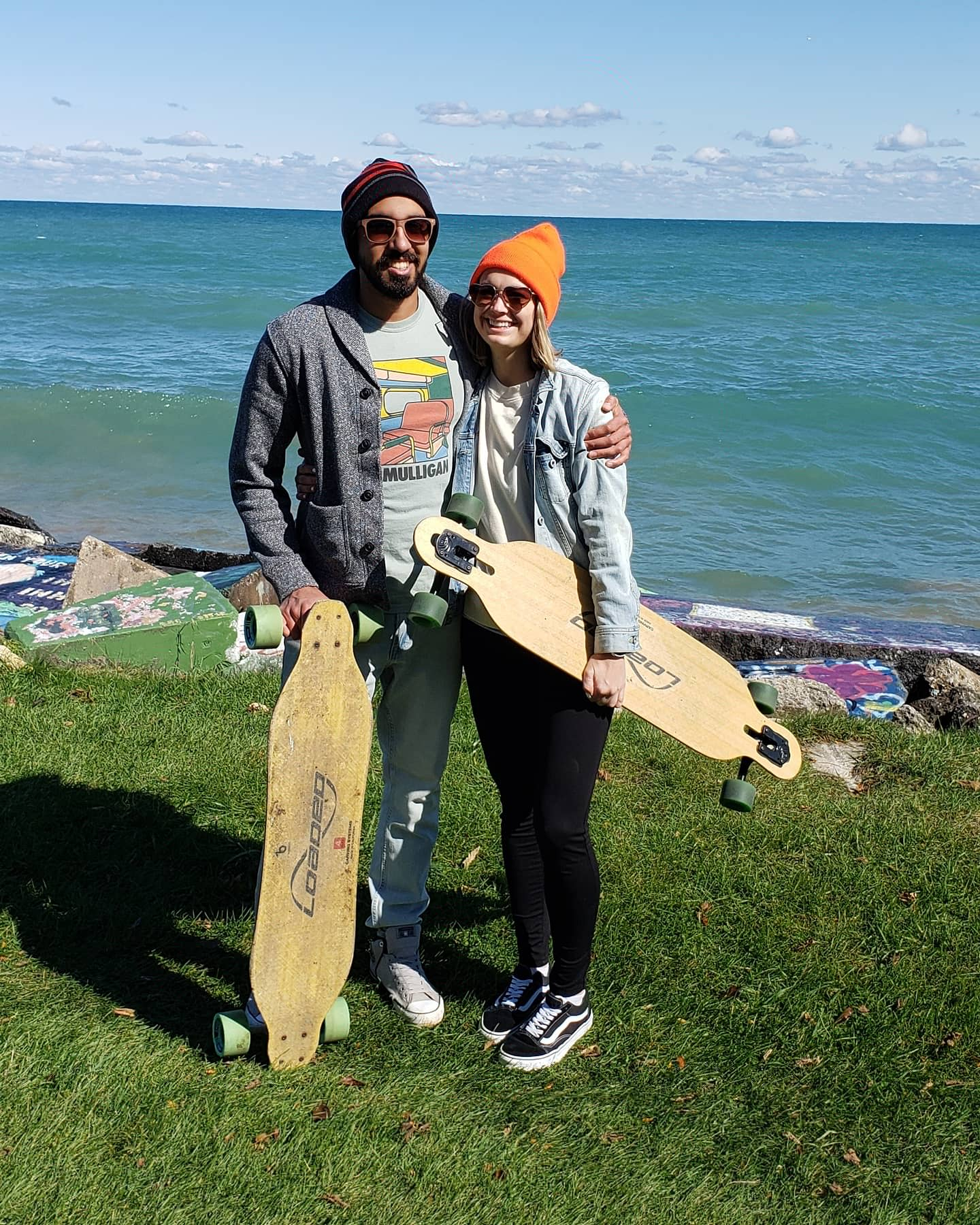 Rahul Noronha (left) and Annie Roessler (right) with their longboards. Photo courtesy of Noronha and Roessler.

In addition to longboarding, Noronha and Roessler are also involved in the Chicago climbing community. They made numerous friends through climbing and are happy to have this community, especially with both of them working from home due to the pandemic.

Noronha and Roessler recommend that other people get involved with recreational groups or leagues. “Just get out there and do it, even if you don’t have someone to do it with you, recreational activities in general are always full of people who are just there because they want to get out and do this thing,” said Noronha.

For young adults looking for new ways to meet people, hang out with friends or find romance, adult sports and recreation has provided them some opportunities. People who want to get involved can join Chicago Sport & Social Club, The Greater Chicago Rock Climbing Community or many of the other leagues offered in the city.