Rihanna “The Singer” Returns A.. 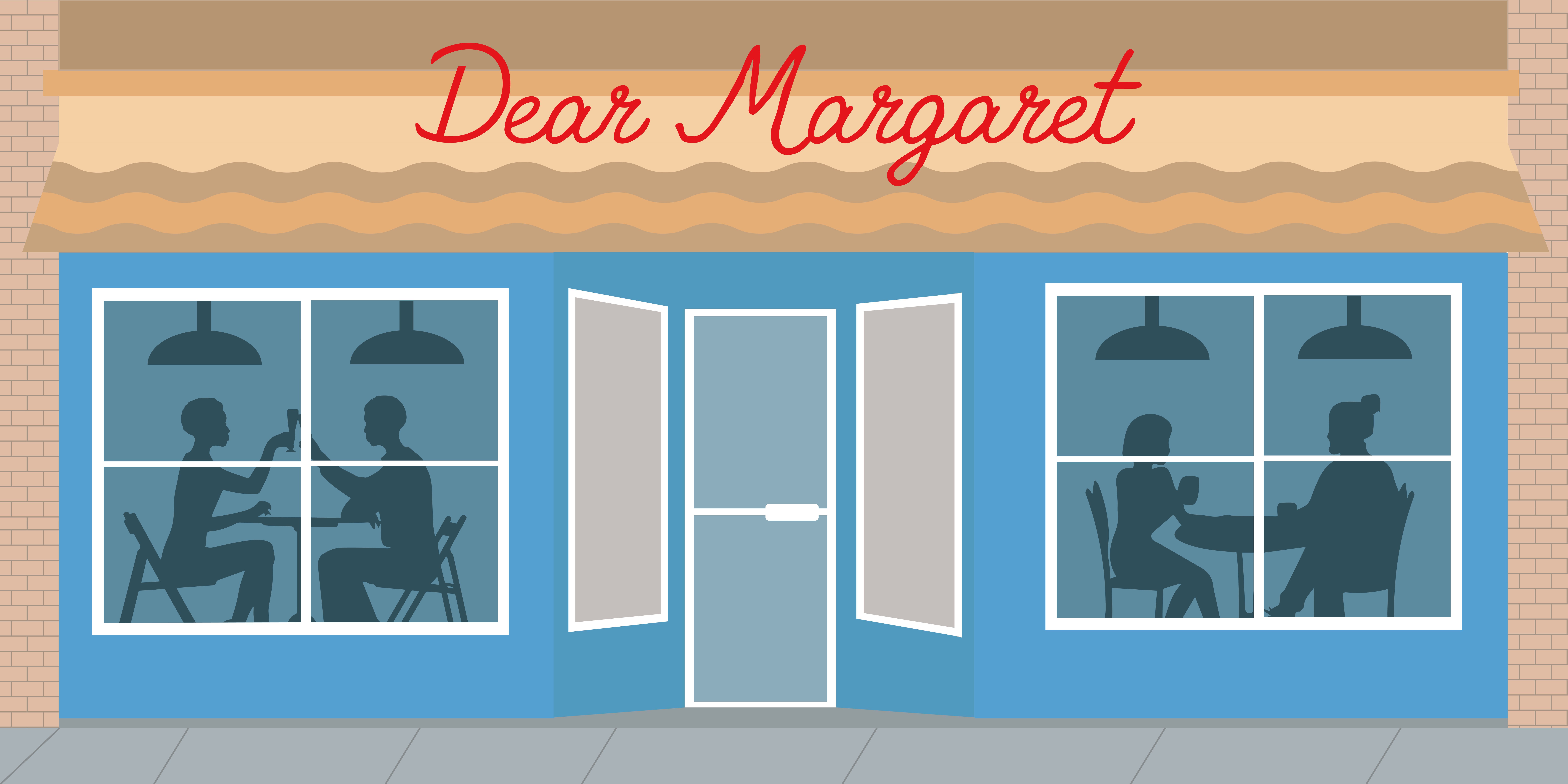 A pandemic opened restaurant turns into a Lakeview staple

There could not have been a worse time for a new restaurant to open in Chicago’s Lakeview neighborhood than when Dear Margaret opened its doors on January 15, 2021.

At the time, indoor dining was not allowed and the unforgiving Chicago winter was in full effect. Opening a restaurant is a difficult task in itself, but the conditions surrounding Dear Margaret’s opening made the restaurant’s chances of survival much slimmer.

Yet, over one year later, the restaurant has risen to success, being featured in national publications, such as The New York Times “50 Best Restaurants” list.

According to Dear Margaret owner Lacey Irby, the pandemic allowed the restaurant to open incrementally as it was takeout only for the first four months.

“We were able to build a base of customers on our food and then make a little bit of money and purchase our dining room furniture and the other things that we needed to run full service,” Irby said.

Since the dining room was closed initially, the restaurant could take its time furnishing the interior and instead put all of its attention on the food quality. The first menus were designed solely around takeout, and Irby sought the best takeout boxes available on the market so that the food would maintain its high quality when customers were dining from home. 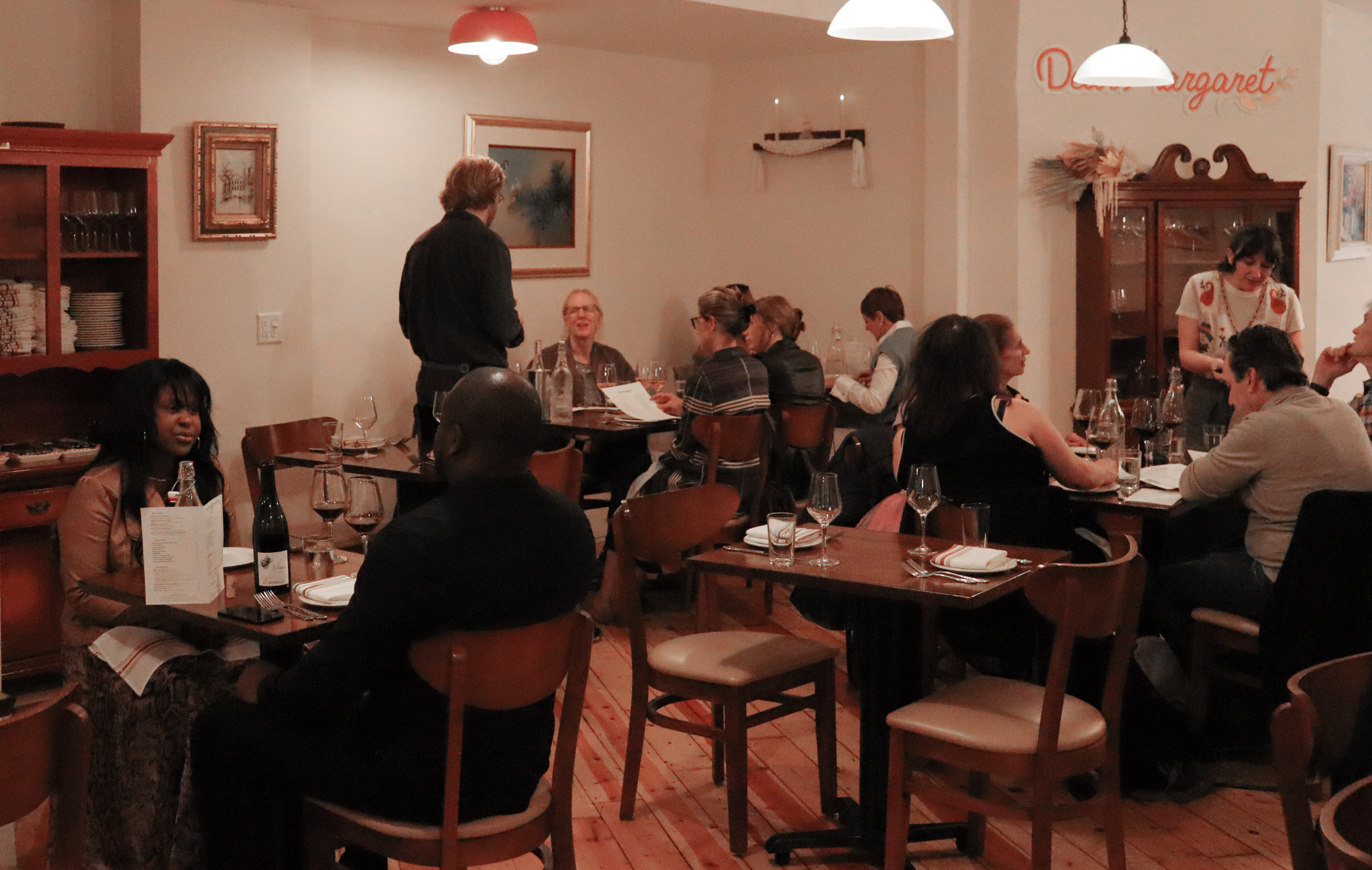 Waiters take orders and guests dine inside the Dear Margaret restaurant in Lakeview. They were recognized as one of The New York Times “50 Best Restaurants.” Photo by Michelle Edwards, 14 East

Additionally, each dish was packaged with hand-picked fresh herbs so that customers felt the restaurant’s attention to care, inclining them to eventually dine in when the time came as they already had a sense of the restaurant’s level of service and food.

Irby conceived the idea for Dear Margaret with Ryan Brosseau, who is the executive chef of the restaurant and has been a chef in Chicago for over 10 years.

Irby believed that her background in public relations and marketing for restaurants and hospitality, combined with Brosseau’s skills in the kitchen, would make them a great team in the restaurant business. Together, they set out to create a restaurant that offered French-Canadian cuisine through a Midwestern lens. 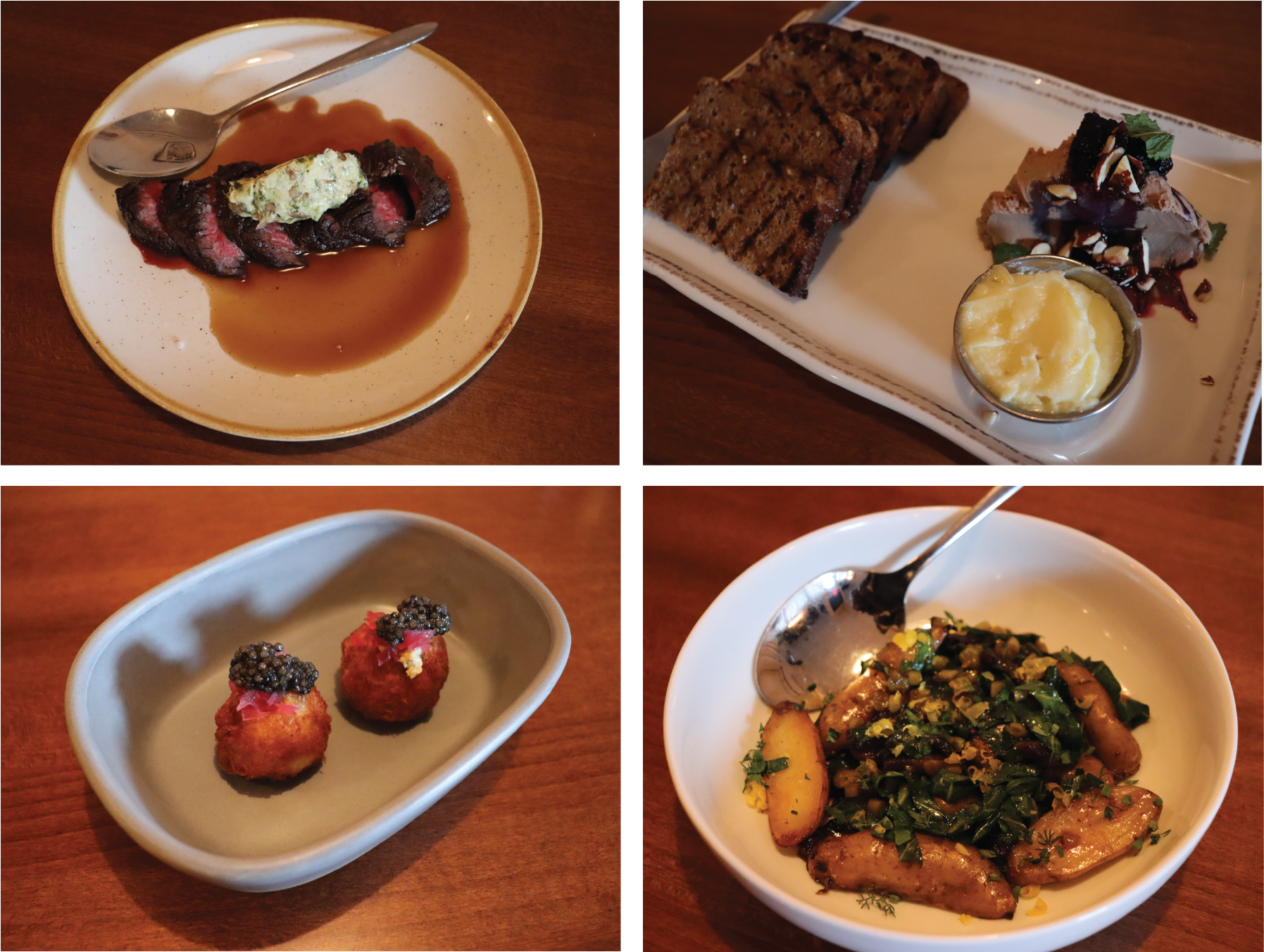 The restaurant draws its inspiration from Brosseau’s background.

“There isn’t really anything on the menu right now that’s directly something my grandmother cooked; it’s more about the spirit of how she did things,” says Brosseau.

Brosseau is from Southwestern Ontario and follows the do-it-yourself attitude that his family embedded in him as a young boy.

Growing up with farmers for grandparents, he had to make his meals from scratch because “it was affordable” and thus, everything on the restaurant’s menu, ranging from the bread to the jam, is made fresh in the house. The restaurant was named after his grandmother.

“I’m not sure as many places are making as much things from scratch at the level that we’re doing with the small staff and small space that we have,” said Brosseau.

Brosseau says that people will come into the restaurant, after seeing it in The New York Times and The Michelin Guide, expecting “giant chandeliers and marble floors.” Rather than investing in fancy decorations, the restaurant focuses on providing excellent food quality and service.

Brosseau hopes that the more casual ambiance of the restaurant — rustic hardwood floors, warm lighting, and home-like decorations — suits the food, which is supposed to “taste good and nourish you” instead of looking fancy and obscure.

Despite beginning with takeout, the restaurant has stopped offering this option because it is now too busy with customers who want to dine in. Takeout or not, the restaurant still takes care when serving its customers with all the produce and proteins coming from locally sourced farms that offer the best quality, according to Brosseau.

Beyond food, last fall, the restaurant brought in prominent Chicago wine director Terry McNeese, who has implemented an extensive wine program, elevating the restaurant to a higher standard. 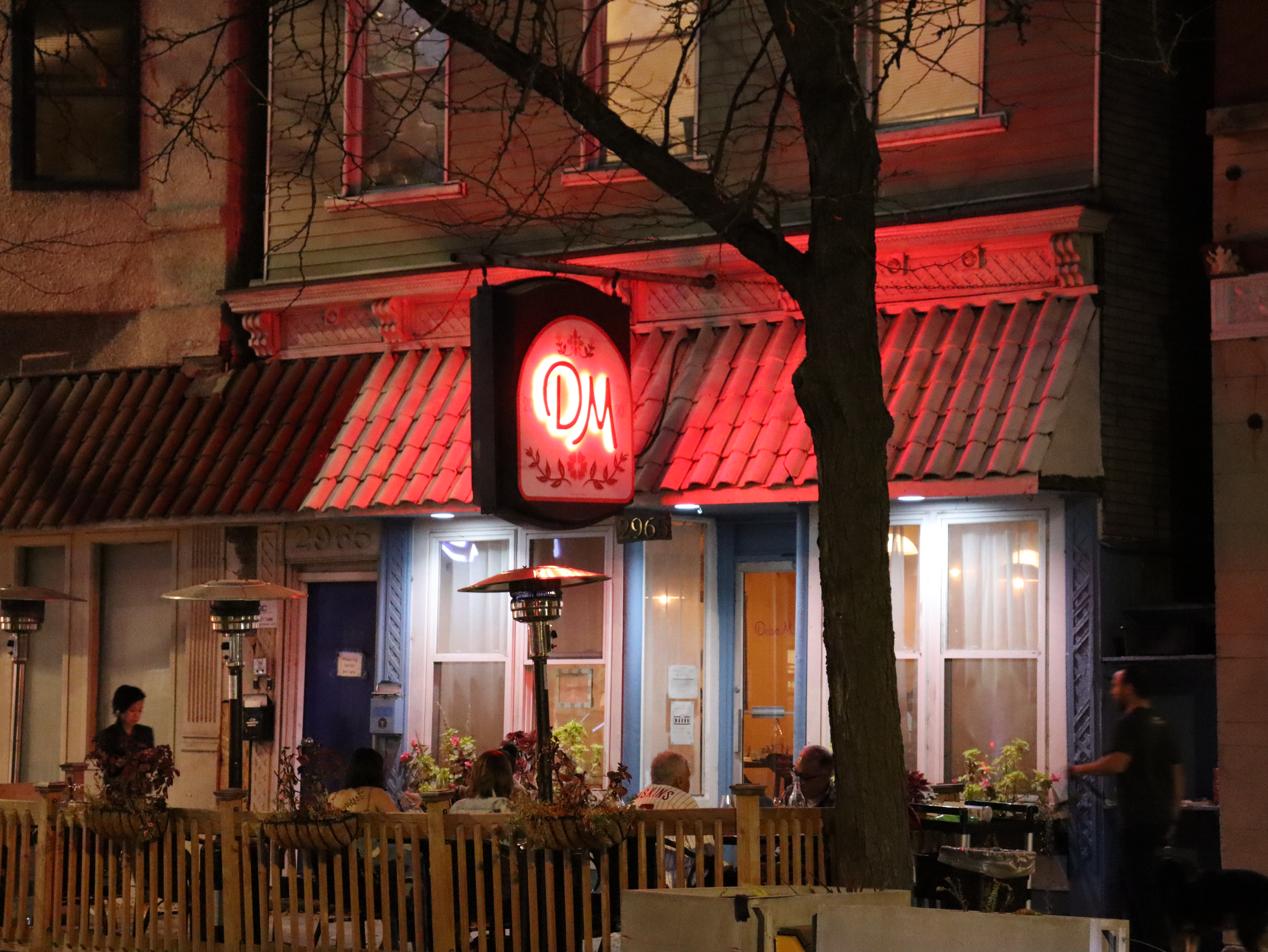 The exterior of the Dear Margaret restaurant in Lakeview. Photo by Michelle Edwards, 14 East

Dear Margaret is a pandemic success story that shows how, with the right care and hands, a small business can thrive by building a relationship with its customers. Irby and Brosseau make an  effort to provide their customers with high-quality service, and their customers returned the favor by continuing to support the restaurant.

Dear Margaret has built a relationship with the community of Lakeview and is now an important member, nourishing the bellies of hungry residents.