One Year Later: What I Learned..

Big Spending in the Race to Bu.. 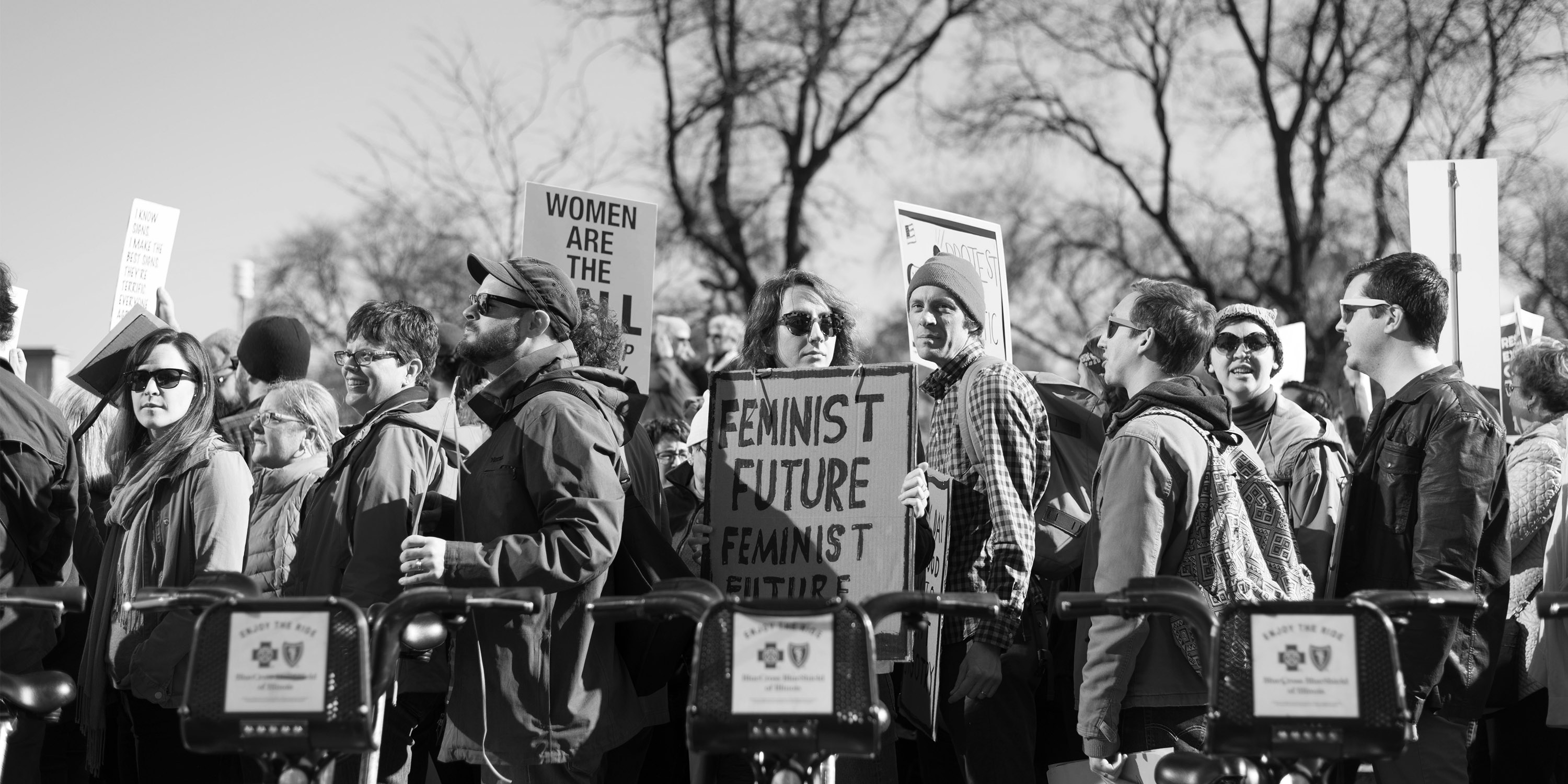 If you scroll through images on social media on the day of a Women’s March or a March For Our Lives, you will see so many people that they start to look like ants. Aerial images offer a look at millions of protesters holding signs some quite clever, and others with powerful messages. Everyone is smashed together, but united by a shared passion. This commonality almost makes everyone one.

A few people stick out, though. These are the people that stand in front of the rest to make speeches, read poetry and chant into a microphone or megaphone. They unite the crowd with words of wisdom and action, fighting for a change. When I see that person on my feed, I am in awe. How can they craft words and ideas together so perfectly? The words sound beautiful, but they also inspire people to take action. Maybe the speaker has stage fright, but it does not show. After such feelings of admiration, I begin to sink. Since I have autism, expressing ideas all with perfect eye contact is everything this disorder hinders.

The autism spectrum features a wide range of disorders including Asperger’s, a more high functioning type, or atypical autism, formally known as Pervasive Developmental Disorder Not Otherwise Specified (PDD-NOS). Through all of these disorders, though, most of those affected will experience a hard time communicating. The National Institute of Mental Health specifies other symptoms such as restricted interests, repetitive behaviors, and having trouble connecting with or understanding others.

In terms of a diagnosis, I was a late bloomer. No one in my family suspected I could be on the spectrum. At eight, I was diagnosed as bipolar after my mother saw the obvious manic and depressive behaviors. Although my mother believed the bipolar diagnosis, autism never crossed her mind. She just thought I was a quirky little girl who had an extreme hatred of her clothes getting wet. The only time autism ever sprung up in conversation was from my lovely older sister. I had an outburst over something menial, and she retaliated by yelling symptoms of the disorder. Our mother felt I had a disorder besides bipolar, but not autism. It better not be autism.

At seventeen, I was full of inexperience and relentlessness. Even before I explained the case, those I told could already smell it. I smelled something else, though. With the cocktail of awkward socialization, obsessiveness on certain topics, and misinterpreting statements, I knew another diagnosis would be laying at my feet. After begging her for a diagnostic test, mom agreed and I was analyzed for hours. She gave us the gist of what each test would look like, yes the inkblot test was one, but the last test gave me a week long freeze. I was going to have to take an autism test.

These results were supposed to be official in two weeks. The doctor who tested me was the same one who gave me my results, but this was a new office and not at all bland. It was dark and only illuminated by fairy lights. My older sister joined myself and my mother to support me. She was the one who got me into this mess (I’m seriously kidding). The answer: I am certainly bipolar, but I have a tinge of autism. After that “A” word the doctor quickly followed up yelling, “But high functioning!” This made no difference.

At this time, I pummeled through a phase of wanting to be America’s First Lady à la Jacqueline Kennedy. To me, she embodied the ’60s dream. She had the elegance, the style and a gripping life story. I was not seeking out tragedy, but I somehow wanted all of the grace she had. Those dreams were dashed. No politician, especially one as regal as JFK would marry an autistic girl. My imaginings of being hand in hand with a glamorous senator turned president faded into the bygone. No pillbox hats, no campaign trails and no carrying a man’s legacy.

Many months of shame ensued in which I gave my family instructions never to tell anyone of my diagnosis. I started to withdraw from school to the point that I tried to find the soonest way to graduate. From January to August I laid in bed. Some days I wrote, some days I slept. Honestly, I was happy. No social interactions might be a terror to some, but I felt rejuvenated. For those months, I collected my thoughts, and thought about things I hadn’t in a while.

Amid memories and thoughts dating back to seventh grade, my feminism was reignited to its fullest crescendo. I read feminist books, wrote feminist essays, and watched feminist documentaries. Jacqueline Kennedy took the backseat to Gloria Steinem, Ellen Willis and Malala Yousafzai. Reading Kim Gordon face off against sexism in “Girl in a Band” spoke to me, as did watching “She’s Beautiful When She’s Angry,” a documentary covering major events in the timeline of second wave feminism. Bitch and Bust became my dream publications. Unapologetic and empowered, I felt liberated. Liberated enough to be a woman and liberated enough not to apologize for my autism. But the actual activist part was missing. Marching through streets and waving creative signs put a chill in my body, but it seemed a necessary step in a feminist’s life. I would be the activist… who doesn’t do any activism.

One key factor across the spectrum is difficulty communicating ideas. This fact glares me in the face whenever I listened to Jessica Valenti, a feminist writer and founder of feministing.com. Valenti paints pictures that are both smart and beautiful for a large platform  — a platform I could never handle.

Autism diagnoses have spawned a great number of speakers and activists, see Temple Grandin, who advocates awareness and better education for children with autism. Rosie King championed the needs of those on the spectrum by giving a Ted Talk to raise awareness. Maybe one day I will have the opportunity to speak in front of a crowd, but at this moment it seems like torture.

Maybe I won’t stand up in front of millions of people to spread my views, but I can write. Writing is what makes me feel more involved with the world around me. Whether I reach one person or one thousand people, I morph into a strong person. Gloria Steinem started her career in journalism, then moved onto speaking and organizing. I should get my feet wet in writing, then maybe I will magically grow the guts to stand in front of millions.